The link between power security and water 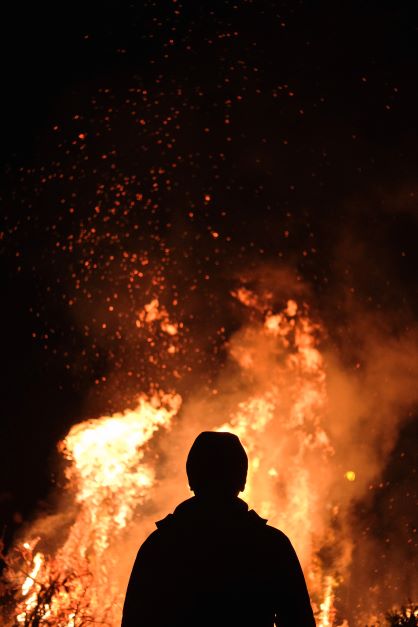 There is a link between fire, power security and water. Image credit: Adam Wilson from Unsplash.

The link between power security and water

In summer, people in California in the USA are on the edge of their seats during wildfire season. The U.S. state’s vast forests, many clustered in its north, are notorious for their tinderbox conditions. High winds can pick up debris such as branches, hitting power lines and causing sparks that quickly grow into infernos.

Such incidents are undoubtedly bad for California’s energy reliability. But they are flashpoints in a much bigger problem. Fires not only destroy power infrastructure, but persistent droughts are causing significant water shortages in the area, curbing energy generation. Experts warn that California could fall short of as much as 1,150 megawatts due to these problems. Much of the shortage impacts natural gas power plants, which may surprise some.

“When you talk about water and power, we immediately think of hydro power plants,” explains Chetan Mistry, Strategy and Marketing Manager for Xylem Africa. “But that is just a direct example of using water to generate power. Water is used across all types of industrial applications, including energy. In most energy scenarios, water is important for cooling. Without water, a power generation site of any kind will stop operating.”

There are many examples of this relationship. In 2013, India had to shut down a thermal plant due to severe water shortages. On several occasions in the past 20 years, Australia has reduced coal power operations to safeguard municipal water supplies. And in South Africa, new power plants built in the past decade have started using more expensive dry cooling systems due to insufficient water supplies.

A risk to business operations

According to the World Bank, between 2010 and 2014, “more than 50% of the world’s power utility and energy companies have experienced water-related business impacts. At least two-thirds indicate that water is a substantive risk to business operations.” The relationship is set to become more strained as by 2035, the world’s energy consumption will increase by 35%, increasing water consumption by 85%, reports the International Energy Agency.

About 2.5 billion people do not have access to reliable electricity, and 2.8 billion live in water-stressed areas. Much of that pressure exists in sub-Saharan Africa. The African Development Bank notes that “the African continent has the lowest electrification rate of all regions. It is estimated that only 43% of the population has access to electricity, compared with 77% in the developing world. In sub-Saharan Africa, the ratio is much lower at 32% and only 18% in rural areas.

Yet California’s woes are a warning that the energy-water nexus is not solely a developmental issue. It impacts even some of the world’s wealthiest areas. Water doesn’t favour the rich over the poor or developed nations over developing nations. Water is instrumental to industrial societies that rely on large-scale power generation. Power, incidentally, is instrumental to managing and distributing water. It’s a vicious cycle: no water means no power, and no power means no water.

Fortunately, there is much we can do to reverse the situation. “There is a silver lining to this conversation, and that’s to do with how we look at water. We’ve not treated water with the same level of scrutiny and management that we apply to energy.

“But today you increasingly find companies are scrutinising their water usage as carefully as other resources. They look for leaks and other forms of waste, they consider more carefully how and where they use water, and they even take action to create their own water stockpiles, such as capturing rainwater or recycling grey water,” says Mistry.

We can do numerous things to improve water availability. Such actions include better management of water resources such as wetlands and aquifers and educating people on the importance of water to maintain our modern societies. Many gains will also come from companies taking a sharper focus on water management to help reduce their risks and costs.

Water and energy: enablers of society

Ultimately, if we can treat energy and water as closely related enablers of society, we take big steps forward. Initiatives such as the African Development Bank’s African Water Facility and Thirsty Energy at the World Bank help lay the groundwork for managing water and energy in concert, eliminating management silos and disparate planning, among other improvements.

The better we can inform ourselves on our world’s relationship with water, the more we will overcome our energy challenges, says Mistry, “Sustainability is not a buzz word any longer. It’s a philosophy we must all embrace if we want to overcome our biggest social challenges. That doesn’t only have to happen at the top. Every time someone learns to use water more efficiently and to value the resource, it’s a change. Whether they use drip irrigation for their veggie garden, recycle water for other uses, or diligently report leaks they see, it all counts. Once we understand that water and energy come together to make our world possible, we start taking water more seriously.”