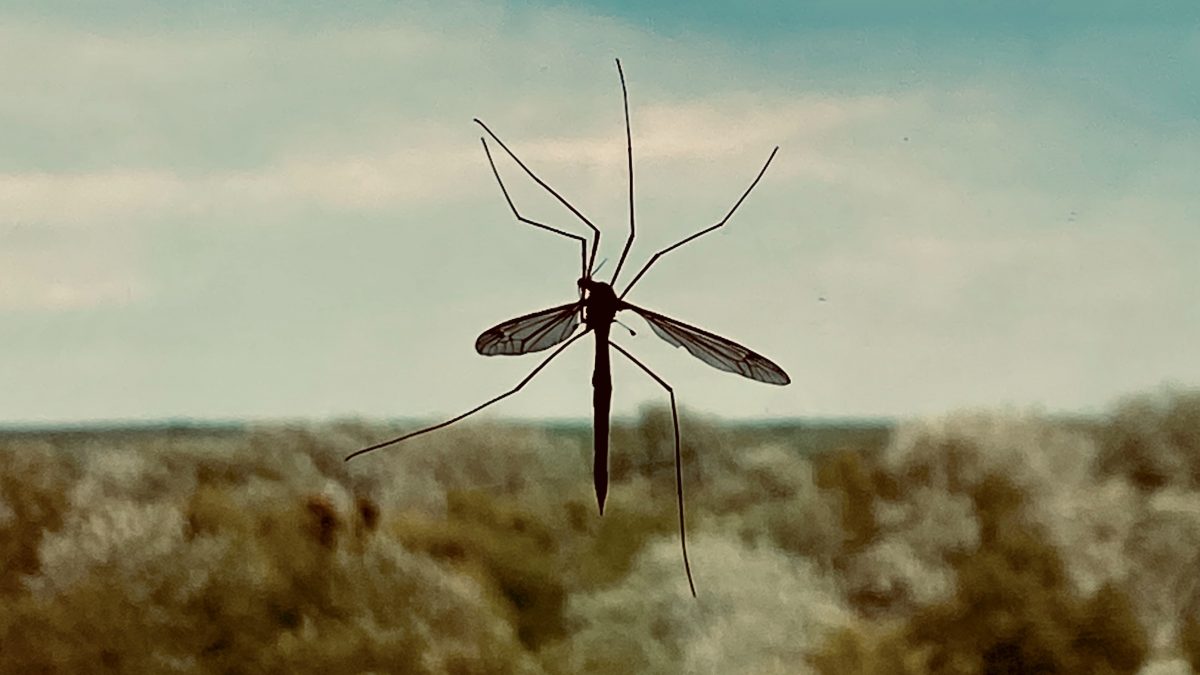 Light dictates life. It was this idea that Dr Bernard Coetzee pondered over cups of tea with fellow ecologists when the possible connection between light and infectious disease clicked. “Artificial light is really interesting and it’s really scary – it’s doing things to the environment that we just don’t think about,” says Coetzee.

Coetzee is a global change scientist. In a nutshell, he researches how humans are changing the natural environment and what that means for our well-being. Spurred on by these teatime discussions, Coetzee, with the support of a Jennifer Ward Oppenheimer Research Grant, has dedicated himself to exploring how we can use artificial light affordably and efficiently without worsening vector disease burdens in Africa.

Through lab experiments and field research, Coetzee will determine how light affects one of the Africa’s most notorious disease carriers, the mosquito, and the implications this has on the way light is used across the continent.

Light as a driver of global change

Topics like climate change and plastic pollution have entered the zeitgeist as anthropogenic forces that have become global environmental crises. By comparison, artificial light has not received the same recognition. Although light influences human physiology and the environment, there isn’t much work being done to deepen our understanding of its effects, particularly in Africa. Light is an immensely powerful biological driver, and we are only just beginning to realise how this technology affects ourselves and the planet.

For most of Earth’s history, almost all organisms have been bound to celestial sources of light – the starts, moon and especially the sun.

In the presence of regular day-night cycles, life has evolved an internal biological clock that physiologically drives our behaviour in response to light levels, telling us when to sleep, eat and more on a 24-hour cycle.

But with the invention of artificial light, we uncoupled ourselves from the sun, gaining the power to extend our activities long beyond sunset. This relatively new phenomenon has revolutionised the way we work, the way we interact, the way we live.

New advancements in artificial light continue rapidly; the invention of the blue LEDs that power our phones, tablets and computers won the Nobel prize just a few years ago, in 2014. Human activity is so tethered to artificial light that electrical grid infrastructure is now used as an indicator of economic prosperity.

But along with this prosperity, artificial light has brought unforeseen adverse effects. The departure from regular day-night cycles that it enables can be a detriment to human health, with evidence showing that chronic cycle disruption could increase risk of cancer, obesity and diabetes.

Light is now a pollutant that can cause drastic changes to the natural patterns of wildlife behaviour, disrupting breeding opportunities and increasing predation risk. Because of artificial light, newly hatched turtles are attracted away from the sea to their death, nocturnal rodents are less active at night and bird migrations are disrupted. Insects are affected as well; as carriers of disease, this means that light may be changing human disease risk.

Probably the most notorious disease vector is the mosquito, carrier of Zika virus, Dengue Fever and malaria. Malaria alone claimed 409 000 lives in 2019, most of them in Sub-Saharan Africa. “These diseases remain a scourge across Africa, and we must explore every avenue to improve this interaction between people and environment,” says Coetzee. Research has uncovered the role climate (for example, humidity and rainfall) plays in these diseases, but how does light factor in?

Coetzee is the recipient of the 2019 JWO Research Grant, a USD150,000 research prize awarded by Oppenheimer Generations Research and Conservation, to answer this question. With this grant Coetzee established the Bernard Coetzee Research Group to investigate light and disease vectors full time as a Senior Lecturer in the Department of Zoology and Entomology at the University of Pretoria.

New evidence hints at light’s complex role in disease. A recent study has revealed that mosquito species are influenced by light in different ways. The malaria-spreading Anopheles mosquito, bites in the night-time, so light at the correct spectrum could keep them at bay from the household until occupants are safely installed under their mosquito nets to sleep.

Unfortunately, keeping the lights on doesn’t solve the mosquito problem. Another group of mosquitos that carries Dengue and Zika, Aedes, feeds during the day. If you shine light at them, they will bite more.

Coetzee’s research has three components. The first is to understand how various mosquito species behave in response to lights commonly found in African households through a series of lab experiments. Second is to measure the use of artificial light in the real world, using specialised photographic techniques. Third, with this information, Coetzee’s research group will map how light is affecting the prevalence of vector-borne disease.

This research aspires to ignite a public conversation about light and its myriad effects, inspiring a call to arms for light as an environmental driver to become a hot topic in policy spheres.

Currently the World Health Organisation’s Global Vector Control Response strategy, which sets their policy for tackling vector disease on the ground, does not mention light as a significant factor in disease. By holding the torch for a revolution in the way we think about light as a global change driver, this research could change that. Coetzee says, “Getting the WHO to start talking about light would make a huge difference. It opens a crack in the door for more research to push through, laying the groundwork for further change into how the world perceives the impact of light.”

As Africa continues to develop, Coetzee’s work aims to make an impact on the day-to-day lives of people, particularly in rural areas, by providing lighting options that are more affordable and better for human and environmental health. Coetzee reflects, “Africa is on the cusp of a developmental revolution, but we don’t have to make the same mistakes as other developed countries. We can set up light infrastructure in a more sustainable way.”

Through a better understanding of the good and bad influences of artificial light, this research can empower Africa to sustainably build a brighter future. 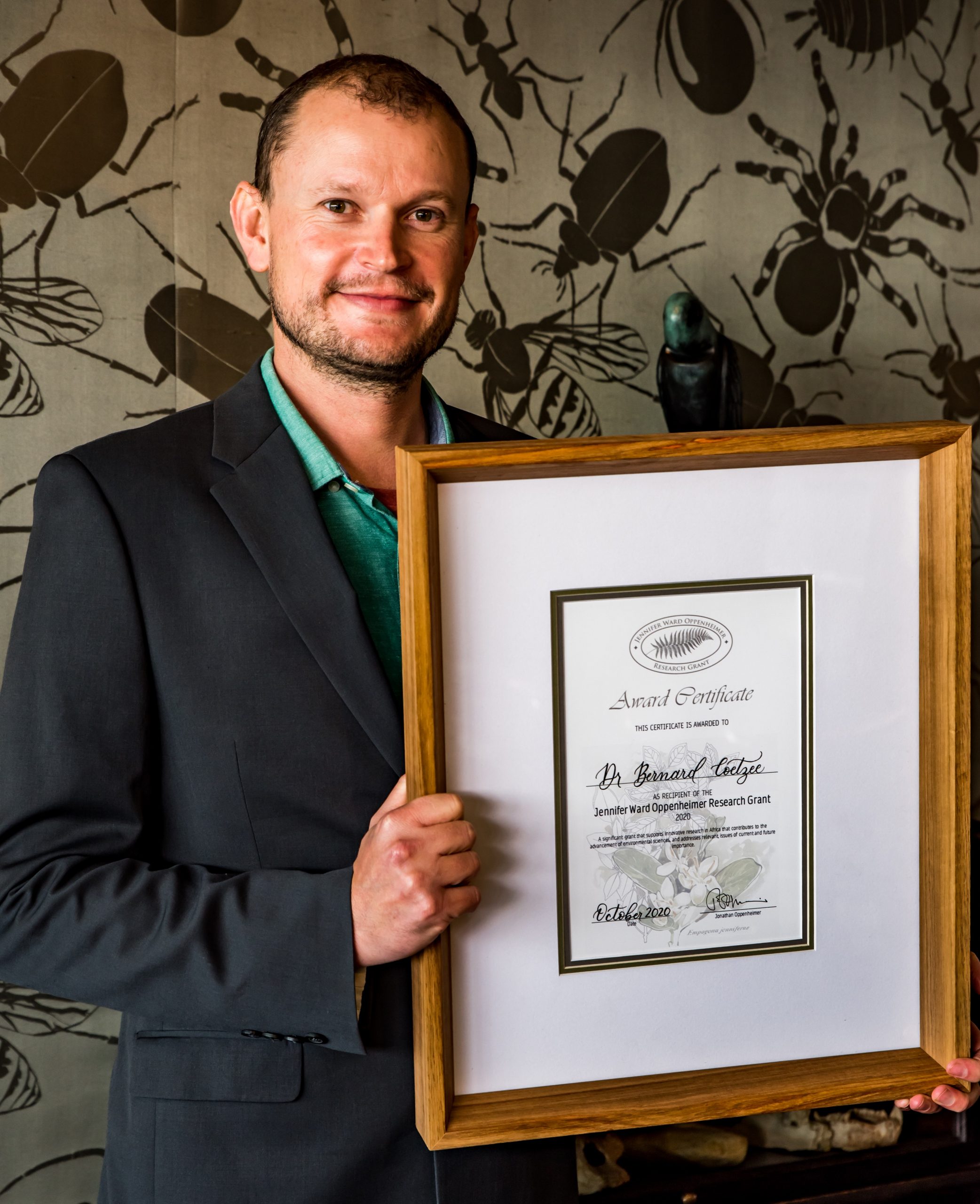