Zambia: Are we there yet? 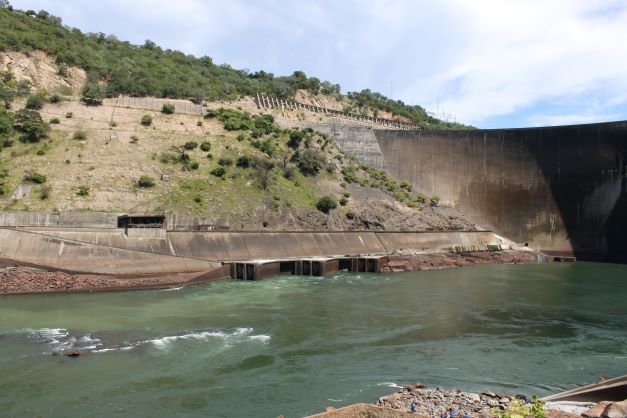 The Kariba Dam straddles Zambia and Zimbabwe and is a critical source of hydroelectricity. The energy sector provides enormous opportunities for investors in Zambia. Image credit: Leon Louw for WhyAfrica

Zambia: Are we there yet?

Zambia’s growth potential has historically been stifled by political interference and maladministration. However, the new government of President Hakainde Hichilema has targeted an economic growth rate of 10% per year.

It may sound overly optimistic, but Zambia has great potential. Its mining, agricultural, energy and tourism sectors present enormous opportunities for investors. President Hichilema is a proponent of partnerships between the government and private sector.

In his 2021 campaign, Hichilema promised a speedy economic and social development recovery. The agricultural, mining and energy sectors will be the focus for Hichilema’s reforms over the next few years.

Zambia’s economy has historically relied on copper mining which is a capital-intensive industry vulnerable to price volatility. Although the mining industry makes an enormous contribution to state coffers in terms of taxes, it employs only eight percent of the country’s population, according to the World Bank.

In contrast, notes the World Bank, almost half of the population is employed in agriculture, a sector that contributes less than nine percent to GDP. “Despite 40 million hectares of arable land, an abundance of groundwater resources, nutrient-rich soil, and low population density, Zambia’s agriculture sector has not yet reached its full potential.”

Hichilema, a farmer himself, has on several occasions emphasised the importance of agriculture and agribusiness to ensure food security, increase incomes, reduce poverty, and create a more diversified and resilient economy.

Although agricultural development is critical, the new administration has stated that it aims to increase the country’s copper production to three million tons annually within the next decade from its current output of just more than 800 000 tonnes.

Mining accounts for close to 10% of GDP, 70% of foreign exchange earnings, 30% of government revenue and eight per cent of formal employment.

The green energy transition presents unparalleled opportunity for Zambia’s mining sector. Copper and cobalt deposits are abundant across the country. Both are strategic metals which play an important role in the production of green energy technology like wind turbines, solar panels and battery storage for electric vehicles.

Despite the prominent role that the mining sector plays in Zambia’s economy, Peter Leon, Partner and Africa Co-Chair at global law firm Herbert Smith Freehills, is of the opinion that for Zambia to achieve the ambitious production targets, the administration should seek to reinvigorate Zambia’s mining sector.

“This requires increased production at existing mines and the establishment of new mines, which can only be achieved by attracting foreign investment back into the country,” says Leon. He adds that Zambia’s cobalt reserves are currently unexplored and unexploited. This is largely the results of investor uncertainty due to Zambia’s chequered political legacy.

Leon says that rapid growth in the Zambian mining sector cannot be achieved unless it is underpinned by a fair, predictable, and stable regulatory framework which is implemented and administered by competent government officials in an open and transparent manner.

“Jointly, the regulatory framework and the manner in which it is administered will establish an investor-friendly business environment that will attract foreign direct investment and stimulate growth,” he says.

Hichilema’s new administration has made some positive strides towards improving the mining investment environment in the country. It has, for example, reduced the corporate tax rate for all companies from 35% to 30% and reintroduced the tax deductibility of mineral royalties against corporate income tax. “This has undone the double taxation practice which was greatly affecting recapitalisation efforts,” says Leon.

Furthermore, the government announced that it intends to operationalise the Mining Appeals Tribunal. The aim of this initiative is to enhance transparency and provide governance in dispute resolution.

However, Leon feels that the steps outlined above are not enough. “Foreign investment (and therefore copper and cobalt production) will not increase unless the government reforms the mineral law regime to better accord with international best practice and implements mechanisms to ensure that the law is administered in an efficient and effective manner,” says Leon.

Worrying though is that despite governments efforts to improve the business environment in Zambia, copper output for the start of 2022 is weaker than production in the first quarter of 2021.

The conclusion reached in the Fraser report in relation to permitting issues finds support from the fact that a month ago the Ministry of Mines and Mineral Development imposed a one-month moratorium (subject to further extensions) on the issuing of mining licences. This owing to endemic corruption at the Mining Cadastre Office, the regulatory body responsible for processing applications for mining rights,” says Leon.

Although Zambia is on the road to recovery after the disastrous rule of previous president Edgar Lungu, a lot needs to be done to achieve a 10% growth rate. The mining, agricultural, energy and tourism sectors will play a critical role in the country’s revival. As part of WhyAfrica’s 2022 Southern Africa Road Trip, we will visit the southern parts of Zambia to gain first -hand information about the impact of Hichilema’s political and economic reforms.