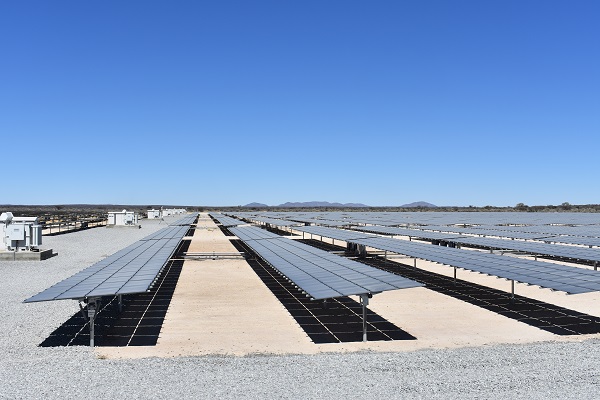 28 August 2020 – In the World Bank’s vision to power West Africa it has made USD300-million available to assist Burkina Faso, Côte d’Ivoire, Guinea, Liberia, Mali, and Sierra Leone in implementing sector reforms toward achieving the potential of the regional power market.

The World Bank Board of Directors recently approved an amount of USD300-million in International Development Association (IDA) credits and grants to support reforms that will help promote electricity trade in West Africa.

The West Africa Regional Energy Trade Development Policy Financing Program (West Africa Energy DPF) seeks to remove barriers to electricity trade, which will lower electricity costs for consumers, support the competitiveness of firms and improve resilience and reliability of supply. Currently, only 50% of the population in West Africa have access to electricity, and those who do, pay among the highest prices in the world – more than double those of consumers in East Africa. In addition, due to operational deficiencies, electricity services are unreliable, with an average of 44 hours of outages per month.

Over the past decade, member countries of the Economic Commission of West African States (ECOWAS) have been working through the West Africa Power Pool (WAPP) towards a fully integrated power market. Within a few years, they will have completed the primary interconnectors that will link them together. The West Africa Energy DPF supports a policy reform program being implemented by Burkina Faso, Côte d’Ivoire, Guinea, Liberia, Mali and Sierra Leone, to facilitate trade in cleaner low-cost electricity generated from gas, hydropower and renewable energy across borders. This will replace the more expensive electricity generated from inefficient small-scale oil-fired and diesel generation and improve the reliability of electricity services.

“West Africa has huge potential for clean and green energy generation, which countries can unlock and pool together to bring lower cost electricity to communities and help create jobs,” says Ousmane Diagana, the World Bank vice-president for Western and Central Africa. “The West Africa Power Pool has done the fundamental work of interconnecting national grids, and it is now time to realise the full strength of the regional power market. Coordinated policies paired with effective institutions and regulatory frameworks will help improve trust in the electricity trade and usher in a new era of affordable and reliable energy in West Africa.”

The new operation supports a regional energy reform program set out in three pillars. The first aims to increase confidence in the enforcement of commercial arrangements by supporting payments and enforcement mechanisms relating to energy trade. The second supports the implementation of least cost investment decisions that consider regional options and that promote competition. The third supports transparency, by addressing creditworthiness of national power utilities and keeping the market informed on key investment decisions that impact demand and supply.

“This is a landmark program for achieving our goal of having a regional energy market and I want to thank the World Bank support,” says Jean-Claude Kassi Brou, president of the ECOWAS Commission. “The West Africa Power Pool will continue to make strides and with this support, it can help member countries work together on the key coordinated policy reforms needed to deliver regional electricity trade – and therefore access more affordable and reliable electricity. By better using energy resources in the region, we expect the resulting efficient and resilient power systems to make our economies much more productive and inclusive. ECOWAS will continue to be a strong partner in realising this goal.”

The West Africa Regional Energy Trade Development Policy Financing Program is the first World Bank operation to use the IDA Regional Window for a DPF program. It allows the World Bank to support reforms to reach a common objective across several countries in a coordinated manner. It represents a watershed on the regional integration agenda in West Africa by supporting the operationalisation of the ECOWAS Directive on the Securitization of Cross-Border Power Trade, which was adopted in December 2018 and aimed at creating a regional power market. Across the ECOWAS region, the economic benefits of the regional power market are evaluated at USD665-million per year with a reduction of one third in the average cost of electricity generation in the region.

The World Bank’s International Development Association (IDA), established in 1960, helps the world’s poorest countries by providing grants and low to zero-interest loans for projects and programs that boost economic growth, reduce poverty, and improve poor people’s lives. IDA is one of the largest sources of assistance for the world’s 76 poorest countries, 39 of which are in Africa. Resources from IDA bring positive change to the 1.6 billion people who live in IDA countries. Since 1960, IDA has supported development work in 113 countries. Annual commitments have averaged about USD21-billion over the last three years, with about 61% going to Africa.