Will Angola keep its place as a top oil and gas destination? 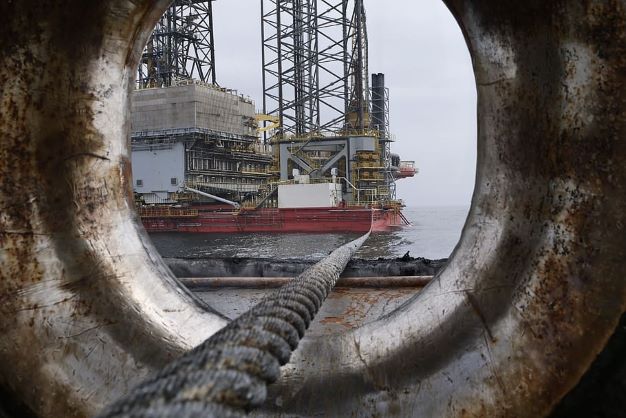 Commercialisation of gas can lead to the establishment of a petrochemical industry that can produce fertiliser to boost agriculture in Angola and regionally. Image credit: Pxfuel

14 July 2021 – Considering the ongoing push towards decarbonisation, and a commitment by many countries towards achieving net zero emissions between 2030 and 2050, many have asked if Angola will keep its place as a choice destination for international energy companies.

Over the past three decades, Angola has proven to be a tier one destination for major oil and gas producers. It is for that reason, that the country is host to all major international oil companies.

As the world continues to debate what energy transition means and what the implications would be, Angola, like many other major oil producers will have to re-access their oil and gas industry and its potential to continue being a leading destination for energy investments.

Offshore exploration, especially during the boom years of 2002 to 2008, led to oil production in Angola reaching close to 2 million barrels per day, providing Angola with much needed resources for its post-conflict reconstruction.

To improve Angola’s attractiveness as an investment destination, the government, under the leadership of President João Lourenço initiated the National Development Plan 2018-2022 and the revised Hydrocarbon Exploration Strategy 2020-2025 – authorised by Presidential Decree 282/20. This seeks to intensify, research, and geologically evaluate concessions and free areas of sedimentary basins for exploration in Angola.

In response to the growing chorus around energy transition, and how this will affect the oil and gas industry in Angola, the Ministry of Mineral Resources and Petroleum, headed by Diamantino Pedro Azevedo and other major stakeholders in Angola like the National Oil, Gas and Biofuel’s Agency (ANPG) and SONANGOL are all actively exploring ways of adapting their operations to reflect the new normal.

Efforts are being made to encourage more efficient operations that will lead to a reduction in the carbon footprint of operators, lead to less waste, and increase the commercial use of associated gas. The latter is likely to increase significantly in importance as a major transition fuel over the next 20-30 years.

Natural gas acts as a key intermediary in the energy transition, releasing fewer emissions than coal and petroleum products, while being able to reliably supply energy to enable production at scale and offset the inherent intermittence of renewables.

The Ministry of Mineral Resources and Petroleum is currently leading an ambitious effort to monetise gas reserves by attracting investments into downstream infrastructure and gas-fired power generation projects.

Through better use of this resource, natural gas will play a pivotal role not only in supporting Angola’s effort to increase access to electricity, but also in accelerating industrialisation and the transition to cleaner energy sources.

It is the government’s hope that this is only a first step to many more partnerships and a petrochemical industry.

Commercialisation of gas can also lead to the establishment of a petrochemical industry that can produce fertiliser to boost agriculture in Angola and regionally.

The government has already signalled that it is ready to grant attractive special concessions to major investors in refining and petrochemicals by granting a Gemcorp-Sonaref led consortium lucrative tax concessions to build the 60,000 barrel per day Cabinda refinery. The call for other investors to follow is loud and clear.

In the upstream space, a licensing round in line with Presidential Decree 52/19, which foresees yearly bid rounds until 2025 is ongoing.

Angola’s regulator, the ANPG, is intent on attracting interest far beyond the traditional players in Angola’s oil and gas sector. Special attention has been given to attract mid-sized explorers to Angola’s basins that have proven prolific in recent years and provided returns for companies far beyond industry averages in other locations.

Specifically, the construction of a USD2-billion gas processing plant in Soyo, led by the NGC, will produce refined gas in liquid form that will be directed for export to foreign markets and to the combined cycle power plant of the Soyo, producing energy for the national grid.

Meanwhile, Angola’s LNG plant was the first to develop domestic natural gas resources and is one of the largest single investments in the Angolan oil and gas industry.

Unlike most installations that use non-associated gas, this plant uses associated gas as a primary power source, thus contributing more significantly to the elimination of gas flaring, to the reduction of greenhouse gas emissions and to the promotion of environmental management.

Both installations constitute a critical step on Angola’s path towards the sustainable and efficient use of its natural resources.

The role of hydrocarbons in Africa’s future

Angola, like many other African countries and other stakeholders globally, continues to believe, that there is a role for hydrocarbons in the age of energy transition.

It is unreasonable, for western based organisations and governments, who have benefited tremendously from hydrocarbons, to demand of Angola and the rest of Africa that they immediately end the exploration and production of hydrocarbons for the purpose of the word achieving its emission targets.

Africa, with 16.72% of the world’s population, according to the UN accounts for less than 3% of global carbon dioxide emissions from energy and industrial sources, compared to 15% for the USA, 16% for Europe and 28% for China.

Furthermore, global demand for hydrocarbons is likely to be significant for at least another half a century even as it is expected to decline, according to numerous studies. Furthermore, many African countries like Angola depend significantly on revenue from hydrocarbons for the financing of education, healthcare, and job creation. It is therefore unreasonable, to demand a speedy end of such a vital industry.

Natural Gas consumption and production in the USA has increased by close to 100% between 1990 and 2020. This has led to significant reductions in emissions in America, as many coal plants got replaced with gas.

Gas has been good for America. It is also good for Africa and Angola. We must therefore support Angola in its quest to develop its gas resources, both for export and industrial use.

It is however important to note, that the Angolan government is committed to promoting renewables.

As such, increasing amounts of the government’s expenditure towards expanding access to power are being committed to solar projects, in addition to incentivising public private partnerships in the sector.

Italian oil company Eni, in partnership with Sonangol, is leading the construction of a 50MW solar power plant in Namibe province, which is expected to start operations in 2022.

Angola offers investors a unique opportunity to introduce capital, technology and best practices to meet the country’s growing energy demand as well as its development goals.

Angola’s vast opportunities in the development of natural gas and other energy sources will be on display during the upcoming Angola Oil & Gas 2021 Conference and Exhibition, September 9-10, in Luanda, developed in partnership with the Ministry of Mineral Resources and Petroleum.

This unique event encompasses a dynamic campaign to promote the energy sector – led by the energy investment platform Energy Capital & Power, formerly Africa Oil & Power – which includes an investment report and documentary Africa Energy Series : Angola 2021, and a series of international representations designed to place Angola at the center of the attention of investors around the world.