WhyAfrica’s Pick Of The Week is Golden Deeps’ Abenab in Namibia. 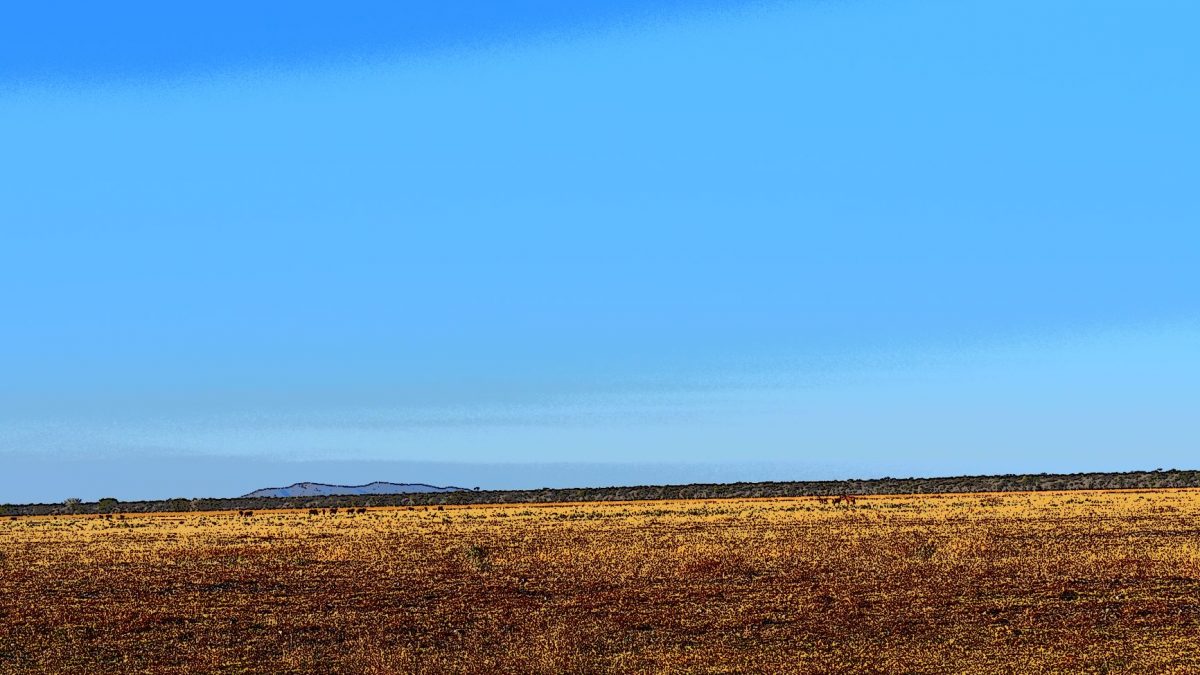 05 March 2021 – Vanadium is a new-world commodity with a bright future. It has always been known that the Otavi Mountain Land in the northeast of Namibia hosts significant base metal vanadate ore. Australian listed Golden Deeps is currently revisiting some of the most interesting occurrences in the great open spaces of Namibia. WhyAfrica’s Pick Of The Week is Golden Deeps’ Abenab project in Namibia.

Vanadium is used as a catalyst for the increasing demand in Vanadium Redox Flow Batteries (VRFBs). Forecasts estimate that VRFBs will account for 20% of vanadium consumption by 2030. The Otavi region in the north-east of Namibia has always been known for base metal occurrences and vanadium has, in fact, been mined there before. With demand for vanadium on the rise, Golden Deeps is WhyAfrica’s Pick Of The Week.

Whilst demand continues to grow for vanadium, supply remains constrained with limited new suppliers expected to come on stream. More than 70% of vanadium produced is through co-production of steel products mostly from China.

A large majority of the supply feedstock from China comes from steel plants that process low-grade vanadium-bearing magnetite ores to produce steel and a vanadium slag which is then further processed through salt roast and leach operations. However, this source of vanadium is significantly constrained by:

The announcement that Golden Deeps will commence a study on the Abenab vanadium mine is good news for Namibia, whose economy has been hard hit by Covid-19 and its outfall. Golden Deeps recently announced that the mining study will be conducted by South African engineering consultancy Bara Consulting. Bara has undertaken a significant amount of work on similar mine study projects in Namibia including the Otjihase Copper Mine, Matchless Copper Mine and the Namib Lead-Zinc Mine. According to Golden Deep, the scope of work for the study primarily comprises an evaluation of the open pit and underground mining options and an estimation of mining costs.

The study will allow Golden Deeps to determine the economic viability of mining Abenab based on current commodity prices, exchange rates and mining costs. Furthermore, it will allow the company to prioritise and schedule additional work aimed at developing the project further. Additional work may include drilling to increase the existing resource adjacent to the open pit and at depth as well as refinement of the process flowsheet.

The Abenab group of deposits was discovered in the early 20th century and mined up until 1958. The Abenab and Abenab West mines were known as the “world’s richest” and largest known deposits of base metal vanadate ore, producing a substantial amount of very high-grade concentrate. The historical Abenab Mine was a major open pit and underground vanadium and base metal mining operation in the Otavi Mountain Land. Historical exploration and more recent drilling indicate that there is potential for extensions of the mineralisation at depth and laterally. Potential exists to re-open the Abenab Mine and to process the high-grade Vanadium-Zinc-Lead (V-Zn-Pb) mineralisation using simple, low-cost processing methods.

In January 2019, Golden Deeps reported an upgrade in the resource following detailed geological reviews and creation of a new geological model. The new Inferred Mineral Resource reported is 2.8 Million tonnes (Mt) at 0.66% V2O5, 2.35% Pb and 0.94% Zn at a cut-off grade of 0.2% V2O5.

In April 2019, the company commenced a resource definition drilling program designed to in-fill and extend the resource. According to a statement by Golden Deeps the extraordinarily high grade of the concentrate produced at Abenab is primarily due to the mineralogy of the deposit, which is dominated by the secondary minerals descloizite, a lead-zinc vanadate with the chemical formula Pb,Zn(VO4)(OH); and the lead-vanadium chloride mineral vanadinite, Pb5(VO4)3Cl.

Descloizite and vanadinite are both dense minerals (SG of 6.2 and 6.9, respectively) and occur as coarse-grained aggregates that are ideally suited to simple recovery and concentration by gravity-based processing methods. This well tested processing technology has high recoveries and the advantages of requiring simple, low-cost equipment and of having low operating costs.

In 2019, Golden Deeps commissioned South African company Mintek to undertake the extensive test work program. An initial parcel of eight tonnes of ore was sourced from the existing above ground mineral material located on-site at Abenab. The initial composite eight tonnes were assayed at 0.30% V2O5, 1.29% Pb & 1.14% Zn and was jaw crushed and pulverised to a sub 1mm size prior to undergoing gravity separation through the various techniques. The separation process identified that a three stage rougher circuit, followed by a three stage Scavenger circuit, provided the best overall return for a concentrate grade of 8.9 % V2O5, 30.5% Pb and 8.95% Zn, or a 30x upgrade on Vanadium units5.

There are currently a host of historical mines and projects being revived in Namibia. With the copper price on a bull run, old copper operations in the country are looking attractive again. Osino Resources, Antler Gold and B2Gold have put Namibia’s gold deposits on the map again, while Deep South Resources’ Haib copper project in the south of the country, and Afritin’s tin project close to Uis, are both gaining traction. WhyAfrica is keeping an eye on Namibia, and WhyAfrica’s Pick Of The Week is Golden Deeps’ Abenab vanadium project in Namibia.