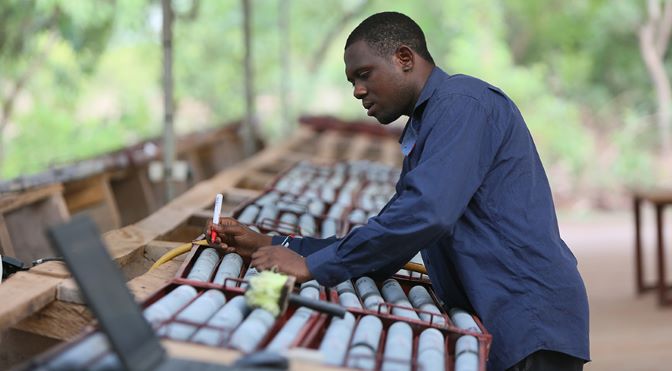 Although Sarama Resources’s plans in Burkina Faso have been temporarily delayed, an extensive exploration drilling campaign is on the cards in 2021. Before that can happen, however, the government of Burkina Faso has to re-issue Sarama’s exploration permit for the Tankoro project. President Roch Kabore appointed new ministers after his victory at the national elections that took place in November last year.  According to a statement by Sarama the process is taken longer than anticipated, but that the company expects the permit to be issued soon.

President Kabore won 58% of the vote to remain as president of Burkina Faso. Kabore, who became president of the West African nation for the first time in 2015, received 1.6 million out of 3 million votes cast. Although there were allegations of vote rigging by the opposition, the elections were regarded as a success.

Sarama intends listing on the Australian Stock Exchange to raise additional funding for its exploration programme. The listing has temporarily been paused while Sarama awaits clarity regarding the re-issue of the Tankoro exploration permit. Proceeds raised through the ASX listing will be used, in part, to expedite an extensive drilling campaign planned to total approximately 50 000m. The planned drill programs aim to augment and upgrade the currently defined mineral resources, to test several high priority targets identified through previous grassroots exploration that have the potential to significantly impact project growth, and to evaluate early-stage targets.

Sarama is in the process of securing drill rigs to undertake this work. According to the company exploration is planned across the company’s three main project areas, including the Sanutura Project which hosts the Tankoro and Bondi gold deposits, the Karankasso Project (joint venture with Endeavour Mining, Sarama 19%) (both situated in the South Houndé Greenstone Belt), and the Koumandara Project, situated in the neighbouring Banfora Greenstone Belt, all of which lie in south-west Burkina Faso.

The Tankoro Deposit contains a mineral resource of 0.6 million ounces of gold (Moz Au) indicated and 1.9Moz Au (inferred) and the Bondi Deposit, which is complementary to the Tankoro Deposit, has a historical mineral resource of 0.28Moz Au (measured and indicated) and 0.15Moz Au (inferred) and was compiled by Orezone Gold Corporation. Read more about Sarama extensive programme https://saramaresources.com/wp-admin/admin-ajax.php?juwpfisadmin=false&action=wpfd&task=file.download&wpfd_category_id=7&wpfd_file_id=1540&preview=1

According to Andrew Dinning, President and CEO of Sarama, the company continues to work on progressing the company’s highly prospective deposits. “Although Sarama has taken the decision to put a temporary pause on the ASX IPO listing process, Sarama’s Board and the brokers Euroz Hartleys view it as prudent given the need to clarify timing of the re-issue of the Tankoro exploration permit. However, the company remains committed to listing on the ASX. We look forward to incorporating the Bondi Deposit resource which is highly accretive to the overall project and has potential to provide a significant amount of high-grade, free-milling feed and to rapidly advance the Sanutura Project which has been in hiatus for a long time,” says Dinning.