Why democracy will bulletproof your business 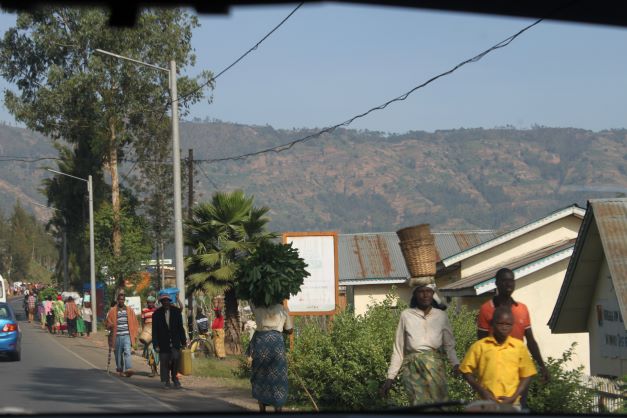 About 28 years after the genocide in Rwanda, the country has miraculously transformed into a top investment destination in Africa. Credit: Leon Louw for WhyAfrica

Why democracy will bulletproof your business

The rise of an autocratic state like Rwanda raises the question of whether democracy is a necessity when doing business in Africa.

Business is politics and politics is business. The recent Russian disaster is a good example of what can go wrong if you invest in a jurisdiction that ranks low on democratic indicators with limited political freedom and civil liberties.

Despite several research papers that imply the contrary, there is a school of thought that believes an autocratic regime entrenches stability and enforces certainty. Rwanda, with Paul Kagame as life-long president, is often used as a prime example.

It is not difficult to see why Rwanda is regarded as the poster child for defenders of authoritarian rule. The country has progressed from experiencing a traumatic genocide in 1994, to being regarded as one of the top investment destinations in the world.

To do business in Rwanda is relatively easy, and the government welcomes foreign investors with open arms. The national airline is efficient. The country is clean, and one can almost eat of the streets of Kigali, the capital city, and it is safe to explore the country at any time of the day.

Although Rwanda is tiny, it has used its limited resources exceptionally well. The World Bank’s Ease of Doing Business statistics ranks Rwanda as the second most competitive economy in Africa after Mauritius (25th) and at 41st in the world, way above Morocco (69), Botswana (81) and South Africa (82).

However, there is a dark side to Rwanda too. It is no secret that Kagame rules with an iron fist. His obtrusive control of every single aspect of Rwandan life and in government has a lot to do with the country’s miraculous transformation.

According to the book Democracy Works – Rewiring politics to Africa’s Advantage by Greg Mills, Olusegun Obasanjo, Jeffrey Herbst and Tendai Biti, Rwanda has been ranked as “not free” politically ever since the Rwandan Patriotic Front’s (RPF’s) liberation of the country in 1994. Kagame was re-elected for a third seven-year term in 2017 with an unbelievable 98.79% of the vote. Furthermore, Rwanda performs poorly in terms of media freedom – 159th out of 180 on the Reporters Without Borders Press Freedom Index.

According to a March 2021 article in the Economist, Kagame cannot rule the country by fear forever. “The only robust, independent institution in Rwanda is Kagama’s party the Rwandan Patriotic Front

(RPF), which is accused of cronyism. Having the ruling party, rather than the state, exert such control, is terribly wrong. It is an invitation to rent seeking. It is a deterrent to private investment at a time when growth is slowing, and debts are rising. And it virtually guarantees that no other party can compete with the RPF,” the articles states.

Is it safe to invest in autocratic states?

Considering Kagame’s huge success in attracting business into the country should investors view other autocratic states in Africa as good investment opportunities?

“One needs to be extremely cautious,” says Adrian Saville, Professor of Economics Finance and Strategy at the Gordon Institute of Business Science (GIBS). “Rwanda is subject to a unique set of circumstances. This model and Kagame’s role within it, would not necessarily be successful in other African countries. However, it doesn’t mean that one party states, and in some cases authoritarian rule, cannot be successful economically. In fact, they can be extremely successful, even though the risks are so much higher, and history has proven that democracy is one of the prerequisites for prosperity,” he adds.

Saville and several of his students have extensively researched the impact of political freedom, economic freedom, or economic liberty (the ability of society to make economic decisions and act), and civil liberties on a country’s prosperity, and some of the results were surprising, to say the least.

“We found that the greatest and most sustained gains in a country’s prosperity (measured by GDP and improvements in human development indices) corresponded with countries that enjoyed a great level of economic freedom, but, on the other hand, limited political freedom. In other words, economic growth, was highest in countries with single party states, even in its most extreme form,” says Saville.

The researchers then added civil liberty as an additional variable. Civil liberties can be defined as the basic rights and freedoms guaranteed to individuals as protection from any arbitrary actions or other interference of the government without due process of law. Simply put, they are the basic rights and freedoms guaranteed by the constitution. The results show that in the absence of political freedom and civil liberties, a country is in serious strife. However, if political freedom is missing but civil liberties are present, and it is complimented by a measure of economic freedom, the evidence suggest you have a very powerful cocktail.

Examples of such countries would include South Korea and Chile, as well as Singapore, a single party state with high civil liberties. In Africa, Rwanda and maybe Ethiopia would fall under the same category. However, Saville warns that investors need to be extremely careful if a single party state has the capacity to reign in civil liberties or confiscate private property, or where the single party dresses up as a functioning democracy (as President Vladimir Putin did in Russia a few years after he came to power).

Saville and his students’ work draws on data from 160 countries over more than 60 years. As part of their research, they also looked at the relationship between policy, country performance and company performance.

So, what are the risks of investing in political systems other than democracies? The primary risks, without a doubt, are legal. Does the rule of law hold in that country? In Singapore, for example, there is firm application of the law and investors have binding contracts that the courts would uphold so that they can enforce their property rights. It is far more precarious in the case of China, for example. Both are single party states, the differentiator is that the rule of law and the judicial system holds water in one, but not in the other.

“In the absence of the rule of law, your investment is vulnerable. In the same breath, attached to the legal process, are civil rights and civil liberties. Remember that these can be present in single party states. Business risk is significantly mitigated in those countries where the rule of law and civil liberties are entrenched. Pay attention to those instead of the political system. For example, a country like Argentina has embraced democracy, but at the same time the government has a long history of confiscating assets, not necessarily a country where one would want to invest,” says Saville.

Although there are examples of bad democracies, and one-party states that have prospered, the consensus is that risks are mitigated in a democracy, and where economic freedom and civil liberties are entrenched.

It is telling that Africa’s most prosperous economies are often its most democratic states. According to researcher Enoch Randy Aikins, in an article for the Institute for Security Studies titled: Visionary leadership and strong institutions are Africa’s surest route to achieving economic growth and sustainable development, nine African countries ranked in the top 10 African democracies in 2019, have a very high, high, or medium human development score.

“Mauritius is very high, Seychelles, Botswana, South Africa and Tunisia are high, and São Tomé & Príncipe, Ghana and Namibia are medium. Except for Madagascar, all countries ranked as the top 10 democracies are middle-income countries, with Seychelles being a high-income country.” The exception is still, or course Rwanda. But according to Mills, Obasanjo, Herbst and Biti (2019), there is a set of unique circumstances present in Rwanda that suggests that both model and the role of a Kagame like figure, would not be successful elsewhere in Africa.

Kagame often justifies his rule because of the 1994 genocide, and Rwandans will do anything to avoid a repetition of the past, which includes blindly following their leader. In the long-term, however, this could be a highly risky activity.

WhyAfrica has expanded its product range and now offers its readers, followers, advertisers, subscribers and partners the following: