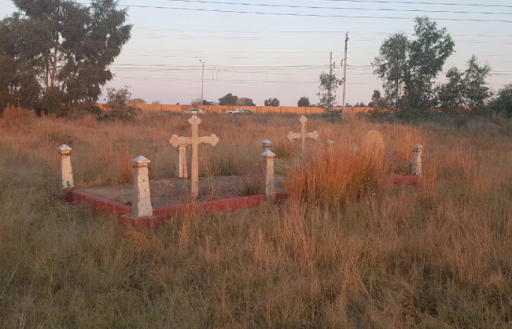 Development should not happen at the expense of a region’s heritage. Image credit: The Heritage Portal

06 November 2020 – Although extractive activities, agriculture and infrastructure development are important building blocks for African countries, it should not be done at the expense of the unique cultural and natural heritage of the continent.

The importance of conducting extensive impact studies and introducing mitigation measures to manage sensitive areas when developing projects, especially in remote Africa, cannot be overemphasised. It is often the case that environmental, cultural and heritage impacts are either totally ignored, or brushed over in the enthusiasm to “tick all the boxes”. In African countries, where the rules and regulations are not always strictly adhered to, developers should make a point of understanding the history, identifying unique heritage sites and study the natural environment and all aspects of the ecosystem prior to its development.

Companies undertaking projects in African states have the unique opportunity to not only empower local communities and play a key role in growing the economies and capacity of these countries, they also have an opportunity to become custodians of the cultural and natural environment. Extractive ventures should assist African governments in preserving cultural and natural heritage sites instead of destroying them, which has often happened in the past. At some sites, only a few local people know about the cultural significance, and they should be identified and consulted. It is the responsibility of the developer to appoint experts and specialist and to determine what the environmental and social impacts of their operations will be, and how to manage and mitigate those impacts.

There have been several cases recently where gross oversight has cost multinational companies dearly in terms of credibility. Mining company Rio Tinto’s destruction of the 46 000-year-old site in Australia’s Juukan Gorge has been described by the Responsible Mining Foundation (RMF) as “a loss for humanity as a whole”, and “another wake-up call” for mining companies to show respect for cultural heritage. While the site was not a United Nations Educational, Scientific and Cultural Organisation (UNESCO) designated World Heritage site, the RMF said that Rio Tinto’s actions were part of a much larger problem within the mining industry.

The RMF’s Responsible Mining Index 2020 found that many mining companies had failed to commit to leave World Heritage Sites unmined and to respect other protected areas. The report also called on the governments of countries with large mining sectors to do more for the protection of the historical patrimony of its indigenous peoples.

According to Hélène Piaget, CEO of the RMF, mining companies will gain respect where they broaden their approach to responsible mining beyond a narrow view of risk to the business and beyond what is ‘legal compliance’ in a particular context.” As a member of society, companies share our collective responsibility to future generations to protect all environmental and cultural heritage, as ‘our’ heritage,” says Piaget.

In 2015, the World Wide Fund for Nature (WWF) estimated that globally almost one-third of all natural World Heritage Sites were under threat of oil, gas and mining exploration, and UNESCO has repeatedly warned about the adverse impacts of extractive activities in these globally important sites.  RMF says the problem is particularly acute in Africa where WWF estimated that nearly two-thirds of heritage sites were under threat. Examples of heritage lost to mining can be found on all continents, though.

In March, coal miners in Serbia, for example, damaged Roman-era ships that had been preserved under the mud for centuries at the Kostolac mine, next to the ancient Roman city of Viminacium. This site has been on the UNESCO Tentative List to be considered for nomination as a World Heritage Site since 2015.

In an interesting global case AIM listed Beowulf is currently consulting with a wide range of stakeholders, and the Swedish government, about the company’s application for an exploitation concession at the Kallak North iron ore project. Beowulf recently released a statement in which they say that the Swedish Ministry of Enterprise and Innovation, in a submission to the Constitutional Committee, which is reviewing the Swedish Government’s handling of the company’s application for an exploitation concession at Kallak North, has suggested that “UNESCO should be given the opportunity to assess whether the activities in question (the Kallak Iron Ore Project) have an impact on the world heritage of Laponia”.

There have only been two examples where World Heritage status has been lost and the development of the Kallak project does not even begin to compare to the circumstances in these cases.

Kallak’s proximity to Laponia, its comparative scale, 0.15% the size of Laponia, the fact that both Boliden and state-owned LKAB have mining operations closer than Kallak to Laponia, and in the case of Aitik, the mine was established thirty years before Laponia gained its World Heritage status, would lead any reasonable assessor to conclude that a mine at Kallak poses no threat to Laponia which, throughout the 7.5 year application process, is something the company has been arguing and supporting its arguments,” says Budge.

After the Rio Tinto fiasco, mining companies in Australia are toeing the line. In another benchmark case VRX Silica has first conducted an Aboriginal heritage survey at its Arrowsmith North silica sand project about 270km north of Perth in Western Australia before starting any mining related activities.

Preliminary advice received by the company from YMAC confirms that the Arrowsmith North access road, services corridor, and production area are clear for the stated works to proceed for 10 years of production.

“This continues our strong and supportive relationship and consultative approach with the local Yamatji Nation people and YMAC. We appreciate their efforts in progressing the conduct of the survey and report, “says Maluish. The survey found no isolated artifacts with no onerous heritage recommendations.

Although these are good examples of what should and should not happen, it is important for companies working in Africa – and that applies to all sectors of the economy, including agriculture and engineering projects – to remember that a site it is not important only when it is a UNESCO site. Local graveyards, for example, might have significant cultural and spiritual significance, and destroying these sites, could potentially have severe impacts and muddle the relationships with local communities. Africa’s heritage sites are not always as well guarded as those in developed countries, which places the onus on developers to be even more sensitive about these issues when working in remote, unknown regions. According to LM Louw at WhyAfrica, companies should do their homework properly, study all aspects of the area in which they intend operating extensively, be aware of their possible impact and how to limit and mitigate those impacts. “If in doubt, there are many local experts and specialists who can assist and advise,“ he says.