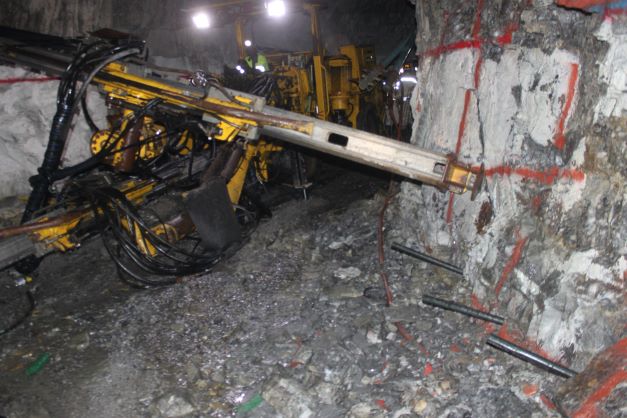 Many open-cast mines eventually transition to underground operations, given their relatively limited ability to expand. For this they need adequate infrastructure, including efficient ventilation.

Many open-cast mines eventually transition to underground operations, given their relatively limited ability to expand. For this they need adequate infrastructure, including efficient ventilation.

Open-cast operations typically mine vertical orebodies such as diamond pipes, as well as copper and nickel deposits. In contrast, underground mines extract narrow-reef or flat dipping orebodies such as those found on South Africa’s goldfields.

The transition from open-cast to underground mining usually commences once resources and minerals near the surface are depleted and deeper mining is required to extract ore to the surface. Open-cast mining is therefore only feasible and economical up to a certain depth, following which it becomes too complex and expensive to continue mining.

At this point, it is common practice for many open-cast mines to transition to underground operations, where ore is mined from a shaft and tunnel system. Underground mining operations have the advantage of being able to extract ore from far below the surface, but this mining method requires a far higher level of equipment and infrastructure installation.

One of the first things that miners need to consider when transitioning from open-cast to underground mining is the need to install ventilation and refrigeration systems to ensure safe and feasible working conditions.

Open-pit mines, which are exposed to the atmosphere, typically do not require any form of ventilation. The only real environmental factor, from a ventilation perspective, is the generation of dust and heat. Open-cast operations can suffer from localised heat issues, caused by rock- and vehicle-generated heat. Stagnant air could also be present as the lower levels of an open pit are not exposed to wind. However, these factors are not severe enough to require the installation of a ventilation solution.

Conversely, underground mines must be positively ventilated through an intake and return system, as well as fans to extract and push air through the underground works. There must also be a sufficient volume of airflow to the underground operations to dilute and remove dust, pollutants and noxious gases and to regulate temperature. These gasses and pollutants are typically produced by diesel-powered equipment, blasting with explosives, as well as the orebody itself. Deep-level mining operations also typically require large refrigeration installations to create acceptable working conditions for miners.

One of the main challenges when transitioning from an open-cast to underground mining method is ensuring adequate ventilation during decline or shaft-sinking operations, as at this stage the mine will not have all the required airways in place. During this phase, it might be necessary to ventilate the shaft with long duct pieces and duct runs, as well as auxiliary fans, until a downcast and upcast shaft is established, and a main fan is added to the system.

Underground ventilation and refrigeration installations require a significant amount of equipment to set up and often require a lot of capital expenditure. In addition, the biggest component of the operating cost for mine ventilation is the electricity required to power the ventilation fans. This could account for up to one-third of a typical underground mine’s entire electrical power cost.

As opposed to open-cast mining, underground mining operations could have a slightly more severe environmental impact due to the large fleet of diesel-powered equipment they typically use. This could lead to a significant amount of diesel soot, exhaust and blast fumes exiting at the main surface fans. However, provided that there is a correct quantity of airflow and a proper ventilation system design, this should not pose any significant issues for the mining operation. Underground mines are also typically less energy efficient and have a larger carbon footprint than open-cast mines, due to the large amount of electricity they consume to run the refrigeration and ventilation systems.