15 June 2021 – ReconAfrica’s oil and gas exploration in the Kavango Basin of Namibia has placed a renewed focus on exploration projects adjacent to or within protected areas, national parks, or UNESCO World Heritage sites. In this article, we unpack exploration in Africa’s sensitive ecosystems.

The potential benefits of oil and gas exploration would be social and economic gains.  However, these benefits may not be as sustainable as the socio-economic benefits derived from protecting areas such as national parks, protected areas, or UNESCO World Heritage sites.

The Okavango Delta covers a vast area of undisturbed wetlands and seasonally flooded grasslands, it would therefore be anticipated that the most significant negative impacts of oil and gas exploration would relate to water; the impact will be even greater if unconventional hydraulic fracturing techniques, also known as fracking, are used.

Other potential negative impacts may include amongst others:

Many more potential significant negative impacts may be identified and therefore specialist studies would be able to show how extensively, and seriously intrusive activities can affect protected areas. 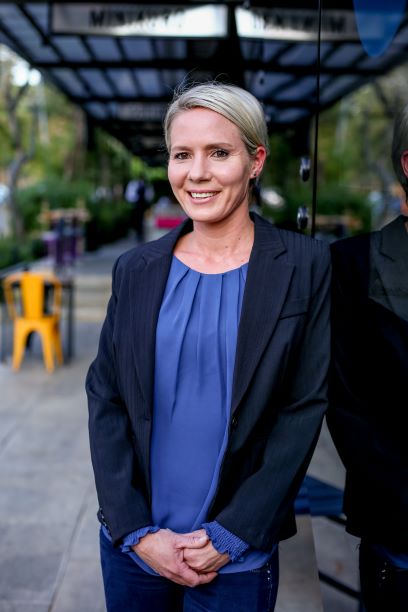 International companies are required to obtain the necessary exploration licenses required within the country they intend to undertake the exploration activities.

In Namibia there is various specific legalisation regulating the environment and the protection thereof. One of the major biodiversity related laws in Namibia is the Nature Conservation Ordinance 4 of 1975, the legislation governing the conservation of wildlife, and protected areas.

There are no blanket regulations that declare intrusive activities in World Heritage sites, illegal. Most countries have their own set of rules and regulations that protect national heritage. Countries committed to UNESCO, for example, will pledge and guarantee not to undertake any deliberate measures that might directly or indirectly impact negatively any World Heritage properties. UNESCO also provide for rules to be adhere to in order for a country to keep, for example, their world heritage status.

The British oil company, SOCO, temporarily withdrew its prospecting activities in Virunga Park in the Democratic Republic of Congo (DRC) in 2014, due to the overwhelming pressure from international conservation bodies, the UNESCO World Heritage Committee, and consumers.

Some companies have also refused products produced in UNESCO World Heritage sites that have threatened the integrity of the system or where governance is questionable (for example, Tiffany &Co.’s policy on diamond sourcing).

UNESCO provides legal instruments in the form of declarations, recommendations, and conventions. As well as access to a World Heritage fund. World Heritage status is designated in accordance with strict criteria, conditions of integrity and requirements for protection and management while countries benefit from the increased public and political exposure.

They would need to comply with the Namibian environmental legislation associated with the production activities to be undertaken. These would include inter alia licences and permits in terms of the following legislation:

Vast public consultation would also need to be undertaken, especially if the site forms part of an international organisation such as UNESCO.

In most countries at a policy level there is a clear direction to ensure that environmental matters are managed across a multidisciplinary framework; however, in practice the monitoring of mine sites are often disjointed.

What can other countries learn from Namibia:

There are a broad range of global conventions and bodies where these multilateral issues are discussed and addressed. It is clear that the negative impacts of the proposed activities could affect neighbouring countries and as such broad, multilateral engagement and support will need to be sought.

As you point out, the dispute between Ethiopia and Egypt is a prime example of where the balance of positive impacts (water and power for Ethiopia) must be balanced against the potential downstream impact on water and agriculture in Egypt. This example is particularly pertinent as the GERD dam could provide Ethiopia with geopolitical influence over Egypt should they be able to control the water supply to Egypt.

On the other hand the availability of water and power to Ethiopia that could uplift millions of people out of poverty cannot be ignored.

“These are critical and complex issues that require significant engagement and consideration. It is the governance and controls that need to be agreed and managed. Both sides have a valid case.”

Extractive industries (and control of water sources) are the bedrock of every economy. Therefore the oversight and controls are critical. These industries are required and undertaking them in a sustainable and controlled way is key to the growth and development of Africa.

It is proposed that Botswana work with countries upstream from the Delta to monitor any potential impacts which could impact water flow or water quality in the Delta.

Organisations that could be involved include amongst other; UNESCO World Heritage Convention, IUCN (International Union for Conservation of Nature), IUCN World Commission on Protected Areas (WCPA), Ramsar Convention and Convention on Biological Diversity.

As an immediate measure, these organisations should lodge their concerns with the local authorities responsible for protecting the environment and/or, where applicable, with an international organisation such as UNESCO, IUCN (International Union for Conservation of Nature), IUCN World Commission on Protected Areas (WCPA), Ramsar Convention and Convention on Biological Diversity.

It is further encouraged that the public provide their input and concerns during the public review of legislation and Impact Assessment processes.

Each country will have domestic legislation and legal processes and remedies available to international and local environmental groups and advocates and these should be used through the legal channels.

There is a long track record of such groups lobbying and litigating where necessary and this should be encouraged as the balance of forces and engagement ultimately results in sensible outcomes.