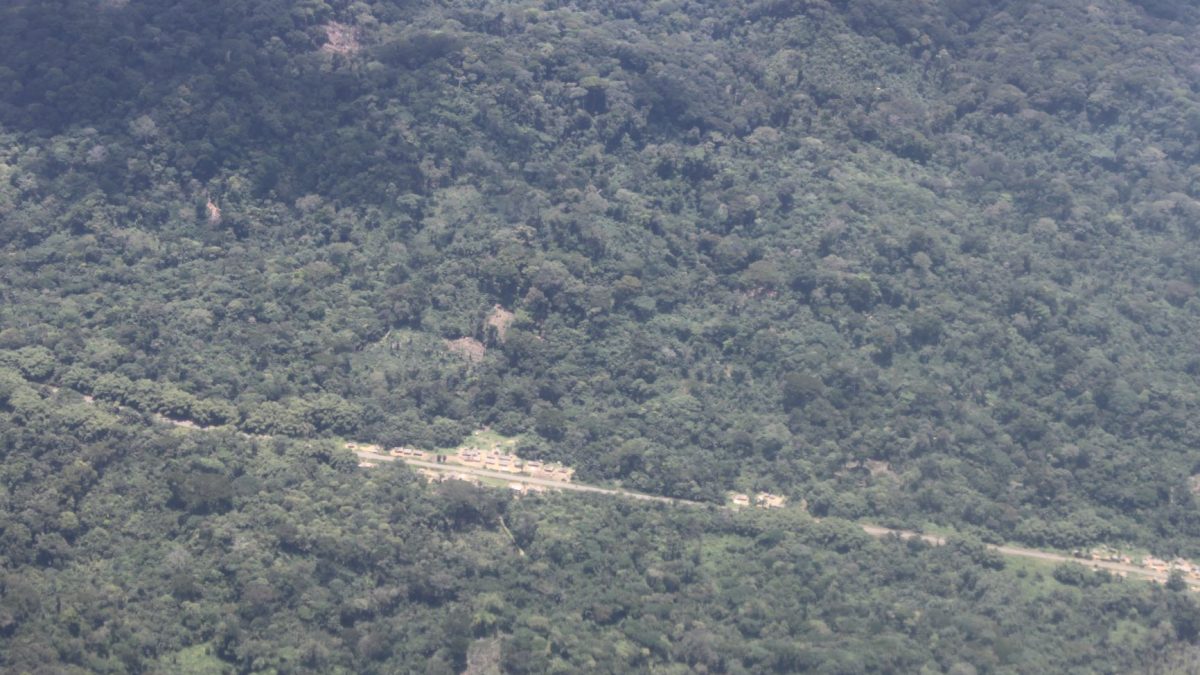 The thick vegetation of the eastern parts of the Democratic Republic of the Congo (DRC). Image credit: WhyAfrica

23 March 2021 – Ugandan elephants are migrating to the Democratic Republic of the Congo (DRC). When hundreds of elephants crossed from Queen Elizabeth National Park to Congo’s Virunga National Park late last year, Congolese conservationists were excited to see the big numbers of the jumbos back after a long time.

The Congolese game rangers in Virunga said, for close to five months beginning around July, last year, they sighted hundreds of elephants cross from Uganda into Virunga in the DRC— an event they had not observed in decades.

“For years I haven’t seen any animals when I flew over this area—just rebels,” Anthony Caere, an anti-poaching pilot at Virunga National Park told the non-profit Global Wildlife Conservation last December.

Caere added: “Now, not only are we seeing the elephants which are an unbelievable sight from above, but we’re noticing the impact of such a big herd on the park. They are restoring everything back to what it was 50 years ago and doing so much faster than we could have imagined. If the elephants continue to stay here in these numbers, this place will look totally different in just a few years,” says Caere.

Interestingly, their counterparts in Uganda did not find the crossing a big deal because they said; this is a “normal phenomenon.”

Some of the local conservationists The Independent has been talking to since the beginning of this year to try to understand the incident say it is normal for jumbo herds to move back and forth between Uganda’s Queen Elizabeth National Park and Virunga National Park in eastern Democratic Republic of Congo. They insist they see nothing unusual about the elephants’ migration patterns.

Why do they insist? They say the 7,769 km² wide Virunga National Park and the smaller 1,978 km² Queen Elizabeth National Park form a contiguous rangeland which also includes the Volcanoes National Park in Rwanda and the Rwenzori Mountains National Park in Uganda. Inside this large rangeland, elephants and other large mammals roam back and forth as they search for food, mating partners and safety.

“The animals do not care about international boundaries,” Gladys Kalema Zikusoka, the founder and chief executive officer of Conservation Through Public Health (CTPH), a local conservation non-profit that promotes harmonious co-existence between wildlife and frontline communities told The Independent in January this year.

Pontious Ezuma, the Chief Warden of Queen Elizabeth National Park also told The Independent early this year that there is nothing unusual about elephant movements between these two parks.

A ranger based in Queen Elizabeth National Park also told The Independent recently that they found nothing unusual about the movements of the elephants between the two territories. The ranger said the movements are nothing less than seasonal migrations.

“These are simple crossing points for the elephants and if you are here for the first time, you could call this migration but we have observed this over time and see nothing unusual.”

“When the elephants sense a lot of food (vegetation) on the other side of the border, they will move over in big numbers; the dry season is usually between May to July and sometimes between late December and January.”

“We are used to seeing these elephants in huge numbers. It is possible to see them cross over to Uganda; these are nothing but seasonal shifts of elephants and we relate them to food and weather parameters,” the ranger said.

John Makombo, the conservation manager at the Uganda Wildlife Authority told The Independent that Queen Elizabeth National Park and Virunga National Park are within the same ecosystem.

“Whether they are in Queen Elizabeth National Park or in Virunga National Park, they are still within their home range,” Makombo told The Independent.