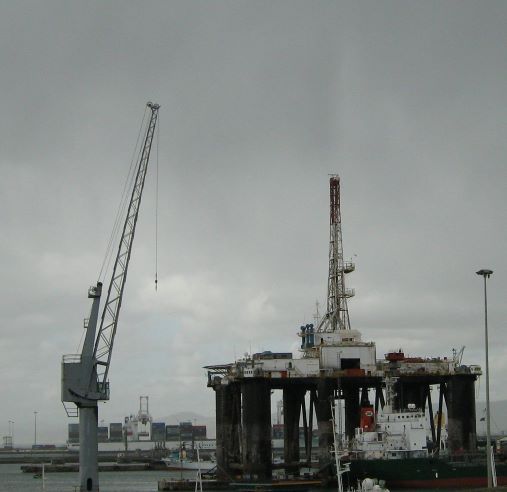 13 May 2021– U.S. companies stand to play a significant role in the road to a lower-carbon future in the continent, and to continue leading some of the most important markets in the energy industry.

Following the American president Joe Biden’s Interim National Security Strategic Guidance signaling for continued growth in partnerships with African economies, the African Energy Chamber (AEC) (www.EnergyChamber.org), released a statement saying that they believe it is vital to engage U.S. companies and investors to counter the often-wrong preconceptions about investing in the continent. “Africa has some of the fastest-growing economies globally and possesses significant investment and development opportunities for U.S. firms. U.S. companies stand to play a significant role in the road to a lower-carbon future in the continent, and to continue leading some of the most important markets in the energy industry,” the AEC stated.

Majors like Chevron, ExxonMobil and Kosmos Energy have made significant discoveries and operate across Africa in countries like Angola, Mozambique, Nigeria, Equatorial Guinea, Senegal, Ghana, and others. Companies like General Electric, Halliburton, and hundreds of Houston and Oklahoma based companies have successfully developed substantial projects in Africa. One reason behind their success is a deep understanding of the risks involved and how to mitigate those risks, as well as a strong connection to the project country and its people.

“Africa, we believe offers a tremendous opportunity for US companies to invest and make returns that are far superior to market returns in many other investment destinations” says Jude Kearney, chairman of the US-Africa Committee at the AEC. “We would therefore like to encourage more US companies to look beyond unjustified risk perceptions in Africa and actively pursue opportunities in Africa” says Kearney.

In preparation for the upcoming U.S.-Africa Energy Forum organised by Energy, Capital & Power in partnership with the AEC, the AEC has launched its series “Changing the risk perception about Africa,” comprising five articles on the following topics:

For the last six decades, all the U.S. administrations have created programs to provide guarantees, loans, and advice to U.S. companies wanting to enter the continent. Such programs have also provided funding, negotiation advice, and capacity-building for African countries to develop their economies. Some of these initiatives include the African Growth and Opportunity Act passed under the Bush Administration, President Obama’s Doing Business in Africa Campaign, Power Africa, and Trade Africa. Despite his infamous comments against the continent and his administration’s America First foreign policy, even President Trump’s administration launched Prosper Africa to increase U.S. – Africa trade and investment.

Despite these initiatives, trade and investment with sub-Saharan Africa have decreased in the past years. According to the Center for Strategic and International Studies, in 2020, the U.S. did approximately USD32.6-billion’s worth of trade, down from USd36.8-billion in 2019, representing less than 1% of all U.S. trade in goods. U.S. involvement in energy and mineral resources falls far short in comparison to Chinese involvement, making investments in the continent a matter of national security.

All U.S. companies should participate in the U.S.-Africa Energy Forum organised by the AEC and get involved in the wide range of opportunities the continent offers. The forum is an excellent opportunity to address the stereotypes and misconceptions surrounding investments in Africa.