Thomas Sankara: Way ahead of his time 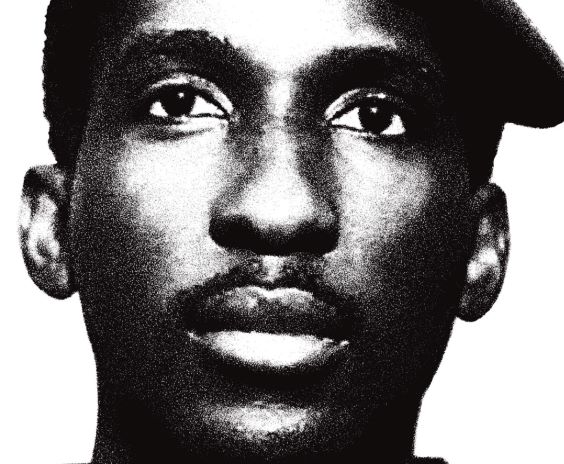 Thomas Sankara: Way ahead of his time

On 11 October, 34 years after the murder of pan-Africanist icon and former president of Burkina Faso, Thomas Sankara, his murder trial kicked off in a military court in Ouagadougou, the capital of Burkina Faso.

Currently living in exile in Côte d’Ivoire, he maintained his innocence for years and is boycotting the trial. The trial could further destabilise the country amid ongoing insecurity in the Sahel. Yet, for many Burkinabé – young and old – this trial represents a welcome and long-awaited step towards justice. For them, and for many other young people across the continent Sankara is a true African revolutionary.

The following is an extract from the book Thomas Sankara an African revolutionary by Ernest Harsch 2021 (Jacana books 6th impression).

“Until he was cut down in a military coup October 1987, Sankara was widely seen as having done more to stimulate economic, social, and political progress than any previous leader.

“Sankara left a mark beyond his own country. His frank criticism of the policies of the of some of the world’s most powerful nations were all the more notable coming from a representative of a small, poor, landlocked state that few have previously heard of.

“The French had heard of it, at least by the name Haute-Volta (Upper Volta), as they called the territory they had colonised and ruled from 1896 to 1960.

“It was not only Sankara’s daring foreign policy positions that resonated across Africa. People noticed the way he set about governing his own country – with dramatic shake-ups of lethargic state institutions and procedures, prompt trials and prison sentences for wayward officials, and a major shift away from the privileged elites and towards the poorest and most marginalised.

“Such steps struck many as examples of the kind of deep reforms needed in so many African countries after decades of repressive and corrupt misrule. The rhetoric of Sanakara’s revolution was not about Western-style representative democracy – for most of Africa the wave of change was still years off, in the 1990s. But it was about reorienting the state back toward the initial promise of the independence era: to overcome the inequalities bequeathed by colonialism, to see to the welfare of the common citizen, and to build a sovereign Africa, free of foreign tutelage.

“Improving the ways of governing in Africa has never been easy. As Sankara was to tragically discover in his own country, efforts to restructure state institutions, carry out controversial reforms, and chip away at elite privileges can foster resistance and opposition, both from within and from powerful external forces.

“Mistakes, brash initiatives, and heavy-handedness can shake the confidence of potential supporters. And seemingly minor differences with close comrades can deepen under pressure.

“Sankara was killed by some of those comrades on 15 October 1987. That act cut short the life of one of contemporary Africa’s more innovative leaders.”