The future of mining is extreme 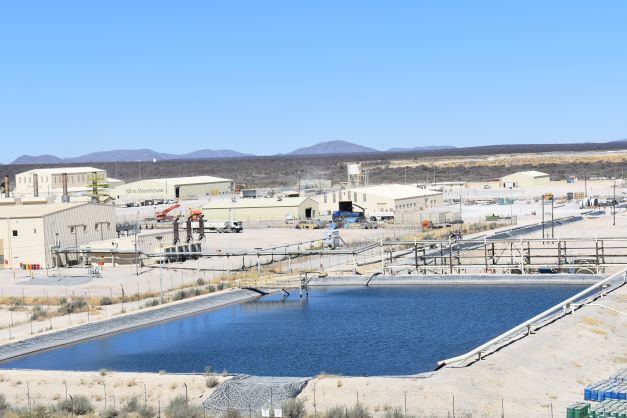 The future of mining is extreme

Extreme weather conditions have a profound impact on mining operations and are projected to increase in the future.

The frequency of extreme weather conditions is on the rise globally. These extremes range from heavy rain to drought and tropical systems making incursions deeper inland. Mining operations across the globe have been severely affected.

Over the past two years, collieries have flooded in Australia, Brazil experienced above average rainfall which led to mine closures, and operations in Chile and Peru had to be suspended due to heavy rain. These are the same countries that had to enforce water restrictions and improve water recycling due to severe droughts in the past.

The southern hemisphere experienced above average rainfall during recent summer months. Most of these regions are not prepared for such high rainfall over extended periods, which resulted in extensive damage to infrastructure and lost production time. The main threat from heavy rainfall is that the pond capacity of tailings storage facilities (TSF) is exceeded, increasing the risk of failure.

In South America, several TSF spills were reported over the past two years. There was also one major breach that occurred due to rainwater runoff from a road. Even if there is no spill or overtopping of the TSF, production is affected until the pond has regained sufficient freeboard to operate within design parameters.

Excessive rain also results in flooding of open pit and potentially underground operations if water flow control measures are not in place. Placement of surface infrastructure in the various flood line areas also need to be adjusted to account for potential future events.  Flooding events are considered irregular and are mainly addressed in a responsive manner by mining operations, such as temporary suspension of operations and earth walls to dam water.

Mining in arid and semi-arid regions

Countries in arid regions that experience long term droughts have legislation and guidelines in place to govern water use for mining and mineral processing activities. In South Africa, all mining rights are subject to approval of a water use license, although a significant number of mines are in operation without the necessary approvals. Mining operations are also limited in the volume of groundwater that may be extracted or pumped for production purposes.

In arid regions, the water system is one of the main activities that impacts operations. Mining operations in arid or semi-arid regions invest heavily in water recycling, re-use of production water in specific downstream sequences, for example, use of gray water systems, and minimising loss through leaks or damaged piping infrastructure. Research and development is undertaken to reduce the amount of water utilised in mineral processing or near-dry steps in the process.

In Peru and Chile, lithium is derived from brines, which requires large volumes of water to be pumped and then left to evaporate to recover the lithium-rich salts. This has resulted in the governments of these countries responding with stringent measures, especially in the face of retreating glacial resources in the Andean region, which places further strain on the fresh water supply.

Although extremely cold weather conditions do affect operations, most mining companies that operate in the sub-Arctic and Arctic regions are equipped to deal with these events. However, extreme events like the 2021 blizzard that left large parts of the US in the dark, can cause chaos across the world. The blackout in the US resulted in semi-conductor shortages that are still being experienced today.

It has been suggested that global warming affects permafrost, where the thawing of the permafrost occurs earlier each year and lasts longer, resulting in deeper thawing. The effect has been noted in Siberia, where a major fuel spillage occurred due to infrastructure subsidence following excessive thawing of the permafrost. Underground infrastructure has also been affected by ingress of water and release of flammable and toxic gases below the existing sealed intervals. The thawing of larger areas of permafrost has also been linked to an increase of greenhouse gases being released in the Arctic regions. Record high temperatures have been recorded in desert regions, where operations are hampered due to longer downtime when it is not considered safe to perform manual labour outside.

Extreme weather conditions now feature on the risk matrices of the full range of feasibility studies, where it was historically not even considered unless the site was in an area with known occurrences of extreme weather. Financing and insurance institutions are slowly also adding extreme weather conditions as part of their due diligences and defined more clearly than previously where it would historically be considered under force majeure as an act of God.

In mineral reporting codes, provision is also made to report on the climate of the area. Furthermore, it refers to annual average precipitation and temperature variation. It is anticipated that climate may in future be considered a modifying factor for evaluation of project potential.

Environmental concerns have been raised due to climate shifts, such as the rapid melting of glaciers in the Andean Mountains, where mines and local communities are reliant on the glaciers to supply potable water. Habitat reduction due to an upsurge in artisanal mining has also been flagged as a major concern in most developing countries, most notably in Africa and Southeast Asia.

Efforts have been put in place to monitor carbon emissions, measures and remedial strategies implemented to reduce carbon emissions and investigation into various carbon capture measures. The success and viability of these projects is still to be determined and the true economic impact to be gauged by the companies that have committed to implementing stricter measures.

Environmental, Social and Corporate Governance (ESG) requirements are playing an increasingly important role in the mining sector, which is placed under more scrutiny than other industry sectors such as industrial or even agricultural activities. New roles and positions are now being created within mining houses to oversee and manage these requirements.

It is anticipated that in the future, if extreme weather conditions continue to have an impact on mining operations, production and supply, there will be a shift towards mine-specific meteorology services. It may also have a profound influence on the interaction between mining operations, government, and local communities.

Dr Nicolaas C Steenkamp is an independent consultant, specialising in geological, geotechnical and geometallurgical projects and mining project management. He has over two decades of industry experience with global exposure. ncs.contract@gmail.com