The birth of De Beers 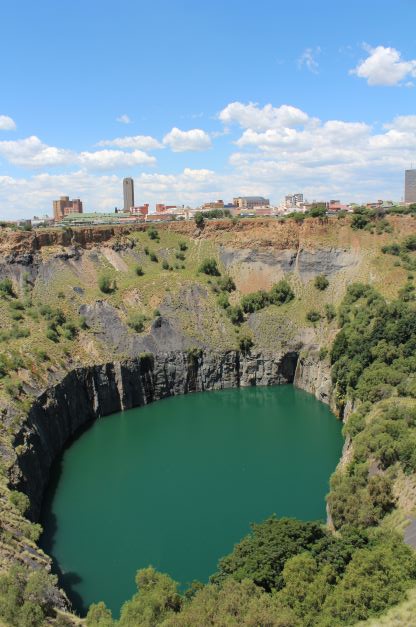 The birth of De Beers

As part of WhyAfrica’s road trip to the Northern Cape recently, we visited Kimberley’s big hole and mining museum, the birthplace of the De Beers Group, for many years the largest diamond mining company in the world.

Diamonds were discovered on a hill called Colesberg Koppie in what is today the town of Kimberley in 1871. In 1872, one year after digging of the diamond bearing pipe started, the population of the camp of diggers grew to more than 50,000. As digging progressed, many men met their deaths in mining accidents. The unsanitary conditions, scarcity of water and fresh vegetables as well as the intense heat in the summer, also took their toll.

On 13 March 1888 the leaders of the various mines decided to amalgamate the separate diggings into one big mine and one big company known as De Beers Consolidated Mines Limited, with life governors such as Cecil John Rhodes, Alfred Beit, and Barney Barnato. This huge company further worked on the Big Hole until it came to the depth of 215 metres, with a surface area of about 17 hectares and perimeter of 1.6 kilometres.

By 14 August 1914, when over 22 million tons of rock had been excavated, yielding 3,000 kilograms (14,504,566 carats) of diamonds, work on the mine ceased after it was considered the largest hand-dug excavation on earth. By 2005, however, it was reported that a researcher had re-examined mine records and found that the hand-dug portions of the Jagersfontein and Bultfontein diamond mines, also in South Africa, may have been deeper and/or larger in excavated volume. There are other, larger, mine excavations, but these were created using earth-moving equipment rather than manual labour (Source: Wikimedia and SA venues). 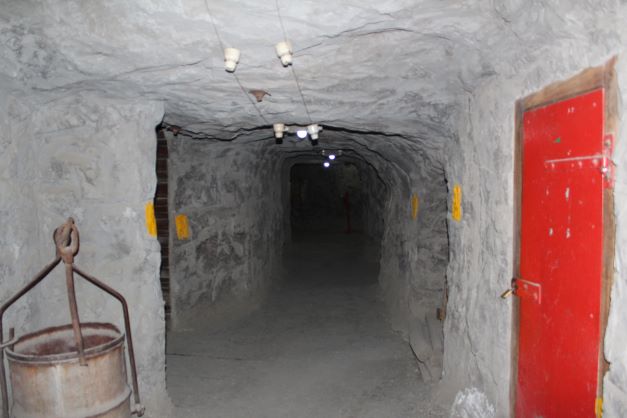 The underground museum at the historic Kimberley diamond mine in the Northern Cape of South Africa. Image credit: Leon Louw for WhyAfrica