The bigger the better 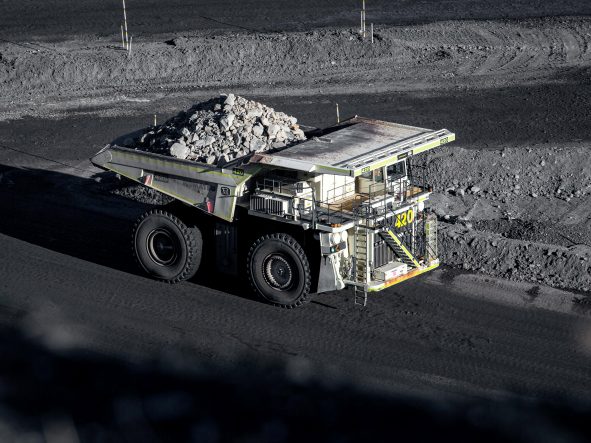 The commodity boom has been good for mining in Africa. Image credit: Kal Tire

The bigger the better

Canadian-headquartered tyre management group Kal Tire’s thermal conversion recycling facility could be a gamechanger in Africa where scrap tyres have become an environmental concern and an eyesore.

The latest commodity boom has been good for mining in Africa. Several new projects have seen the light, and a number of existing mines are expanding their operations. However, increased demand for more resources requires greater volumes of raw material to be mined and more earth to be moved around.

This means larger fleets and more tyres – which are consumables that become a burden once they have served their purpose.

More mines means more tyres. As mining projects in Africa ramp up, scrap tyres are becoming a niggling concern, not only for mining companies, but also for government officials. Mines eventually run out of room to stockpile their old tyres. Moreover, these tyres become a fire hazard, and with Environmental Social Governance (ESG) commitments top of mind, the mining industry is looking for solutions, and fast.

How can we dispose of scrap tyres?

In South Africa, for example, the growing stockpiles of tyres have become a risk, and an inconvenient headache for mining companies, and more so for the Department of Forestry, Fisheries, and the Environment (DFFE).

Even though mining companies in South Africa pay a recycling levy of R2.30 per kilogram for each new tyre that they purchase, government does not currently have a functional plan to dispose of these end-of-life mining tyres. Tyres have been piling up for many years, with no immediate solution in sight. One mine in the Northern Cape province, for example, is sitting on more than 50 000 tonnes of old mining tyres that need to be recycled.

That amount of large mining tyres alone would keep an OTR tyre recycling facility busy for more than seven years, which, by the way, does not yet exist in South Africa. Nor does it exist in any other African country where mining has been taking place for the past 50 years.

Traditional African mining jurisdictions like Zambia, Botswana, Zimbabwe, Mozambique, Ghana, Mali, and Namibia are bound to run into the same problems as South Africa as the tyre stockpiles multiply and a lack of legislation and regulation hampers the establishment of large enough recycling facilities to deal with the potential feedstock.

The irony is that the problem can be solved easily. With more and more emphasis on a circular economy, tyre management and waste recycling companies are becoming increasingly important for mining outfits to mitigate their environmental risk and reduce their carbon emissions. These companies already have a significant presence across Africa.

Through repairing and recycling old tyres, mining companies can reduce operational costs and at the same time improve their environmental performance.

Recycling will make a big dent in tyre stockpiles

Kal Tire’s Maple Program is an independently accredited environmental programme that provides customers with actual carbon and oil savings when using the company’s sustainable solutions, such as its exclusive Ultra Repair, versus buying new tyres. Ultra Repair is a unique process that repairs large injuries on tyres that are beyond the capability of traditional repair methods. But it is Kal Tire’s off-the-road (OTR) thermal conversion recycling facility that will have the most significant impact on the large number of old mining tyres lying around the African countryside.

Kal Tire has just commissioned their first recycling plant in Chile, South America. The plant is already making inroads into Chile’s mounting problem of stockpiled tyres. In Chile, where some of the largest copper mines on earth are located, mines haven’t had a choice but to stockpile their earthmover tyres. “One site is home to the equivalent of 50 football stadiums of tyres stacked four high,” says Scott Farnham, director of recycling services, Kal Tire’s Mining Tire Group. If there is no intervention, countries like South Africa and Zambia could soon see scrap piles extending as far as the eye can see as well.

However, Kal Tire’s recycling plant is a robust solution for a mounting problem. That’s if African regulators see the light. It employs a unique thermal conversion process that uses heat and friction to induce a reaction that converts tyres into their base elements so they can be reused. At full production, the plant in Chile will recycle five 63” tyres or 20,000 kilograms a day. If the plant runs a minimum of 250 days of the year, that’s 5 million kilograms or 1,250 earthmover tyres in a year.

A few months ago, the first reactor’s full load tests proved successful. The equivalent of five 63” tyres were converted into 6,500 litres of alternative fuel, 4,000kg of steel and 8,000kg of carbon black as well as enough synthetic gas to fuel the plant itself for seven hours.

Now, as Kal Tire begins to recycle some of the estimated 500,000 tonnes of scrap tyres in Chile, the potential opportunities for reuse of the materials are growing, as is the appetite for an approach that creates this kind of circular economy. Farnham imagines a future where the carbon output could be reused in the manufacturing of conveyor belts used on mine sites (and the belts could be recycled time and again), or in the manufacture of plastic piping that transports water on mine sites.

A gamechanger that creates jobs

Such a recycling facility could indeed be a game changer for Africa’s mining regions. It will not only address environmental concerns but create jobs in communities where the unemployment numbers have increased exponentially during Covid-19 lockdowns.

According to John Martin, VP Southern Africa at Kal Tire, the recycling plant is scalable and fully supports the principles of a circular economy. Although the plant will work wonders in Africa, there will be many challenges in rolling out the project. The main concern is around investment and funding, where governments will have to play a leading role.

“Because there will be a host of different stakeholders, including customers, government and local communities, the process will be complicated. To install the plant is not the problem, but how to deal with the end-products, local community participation, sourcing sufficient feedstock, stimulating downstream activities, and ensuring offtake agreements will be more challenging, especially in a country like South Africa.

According to Martin, Kal Tire is in ongoing discussions about potentially rolling out the project in the Northern Cape province of South Africa, and there is significant interest in Botswana as well. However, at the time of writing, no agreements had yet been signed.

It is estimated that an agreement with all stakeholders to establish a plant could take up to 12 months to finalise. Construction of the plant, depending on its size of course, could take anywhere between 18 months to two years. Time is running out for mining regions like South Africa, Zambia, and Ghana. So, it could be a few years, during which time, more rubber will be added to the existing stockpiles. According to Martin, two or three recycling plants around the country could assist to solve South Africa’s mounting scrap tyre crisis.

Do well through doing good

To operate in Africa, Kal Tire believes one should do well through doing good. Their products and services are an extremely important part of the mining industry today, and at the same time they contribute immensely to the ESG concept.

“Our innovations and solutions are designed to assist customers in addressing long-standing industry challenges such as greenhouse emissions, waste reduction and of course safe practices and risk reduction, all built into the way we work – not only in Africa but around the world,” says Martin.

Our assistance comes in the form of tyre repairs, tyre retreading, and in future we hope that Kal Tire’s Maple Program and our tyre recycling solution will bring additional benefits to the concept of ESG in Africa,” Martin adds.

Kal Tire’s African footprint has grown steadily over the years, and they are now an established company across the continent. “In the past year we’ve installed one of the largest OTR tyre repair facilities in Mozambique. We have contractual obligations with the client to produce four tyres per day through repairs and that’s within a range of medium-sized tyres all the way up to the ultra large tyres,” says Martin.

“This agreement has grown our business significantly in Mozambique. We have a multi-year contract, and they have sufficient tyres in their stockpile of damaged and broken tyres to keep us busy for a number of years.”

The major benefit for the client is of course that they don’t need to purchase significant volumes of new 57-inch and 63-inch tyres at more than USD35,000 each, and then have to import these tyres and get them through borders at an additional cost.

The costs of importing any sort of product in the aftermath of Covid-19 has spiked to unprecedented levels. Thus, re-using old tyres is a no-brainer in the wake of the Covid-19 freight chaos. Before the onset of the pandemic, shipping a 40-foot container from China to Africa, for example, would cost about USD2,500 per container. Not even 18 months later, that has increased to more than USD15,000 per closed container.

An open-top container that is used to ship very large mining tyres has gone up from USD4,000 18 months ago to USD21, 000 today, so by repairing and recycling old tyres, the result is massive savings not only on the tyres, but also on freight costs.

According to Martin, the growth of the mining sector in Africa is essential and an obvious opportunity to attract the much-needed foreign direct investment to create employment opportunities and thereby address the poverty issues. “Kal Tire brings innovation, infrastructure and decent work opportunities to Africa, and through our own small contribution to the African economy, and we hope to make a big impact,” he adds.

Kal Tire’s products once again attracted a lot of attention at MINExpo in Las Vegas, USA this year. The company showcased its most recent innovations, the Magnet Clamp and Rim Inspection, which significantly reduce risk and wheel failure and improve performance. In addition, a model of Kal Tire’s recycling facility was on display as well as its proprietary TOMS (Tire Operations Management System) along with its new partnership with Pitcrew AI.

To read more about Kal Tire and these innovations, go to www.KalTireMining.com.