Tanzania poised for a U-Turn. 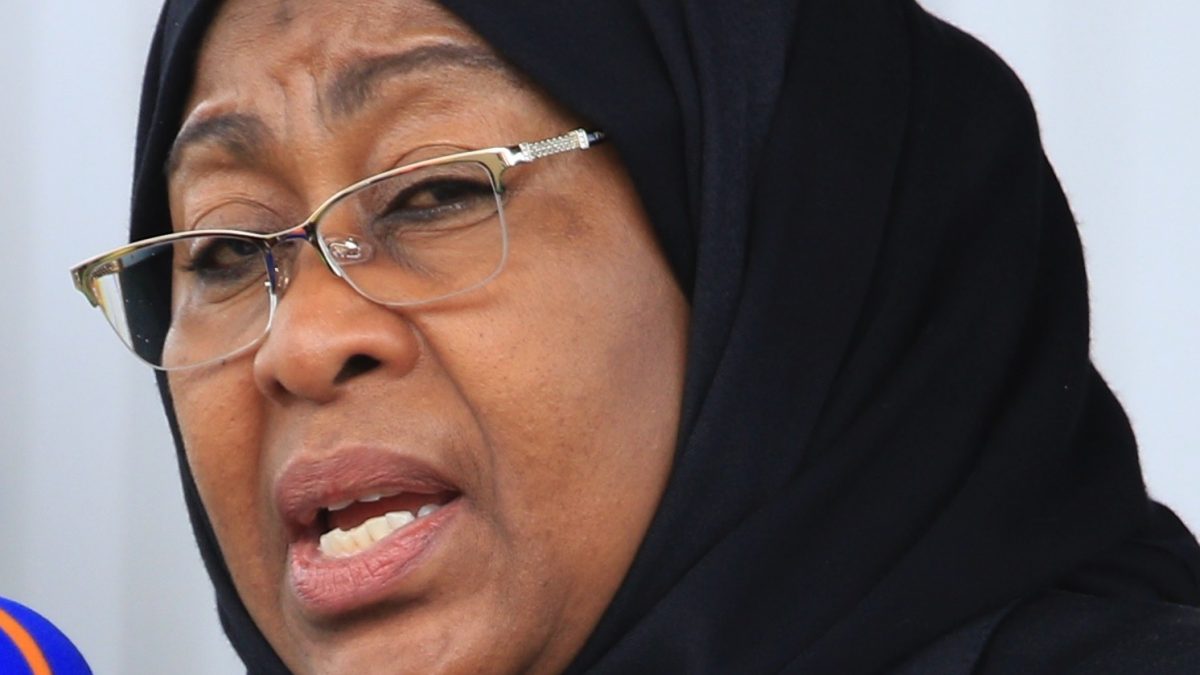 19 March 2021 – After the untimely death of President John Magufuli this week, Tanzania might be poised for a U-Turn on Covid-19 policies and improved relationships with foreign investors. Tanzania’s new President  Samia Suluhu Hassan, has previously demonstrated a pro-business narrative, particularly towards mining.

In contrast Magufuli has followed a confrontational, protectionist and anti-western approach in recent years. As a result, and despite Tanzania’s great potential as an investment destination, the trust deficit between government and the private sector has widened over the last few years. According to Sebastian Spio-Garbrah, Chief Analyst Ontario at Da’Mina Advisors, Tanzania’s new President Samia Suluhu Hassan is ultimately poised for a public U-turn on her predecessor’s controversial Covid-19 policies and negative attitudes towards foreign investors. After three weeks out of the public eye and the rumour mill about his whereabouts and health in over-drive, it was announced on 17 March 2021 that President Magufuli died in a Dar es Salaam hospital. The official reason given was complications to do with a pre-existing heart condition.

In a country that has imposed virtually no Covid-19 related restrictions, the consensus among the population is that Magufuli likely died from the virus. If this is the case, it would make Magufuli the only sitting head of state to die from Covid-19 to date. His death, and the death of numerous other high ranking government officials in the past few months, may see Tanzania change its approach on managing the pandemic, be it putting measures in place to curb the spread of the virus or allowing vaccines into the country.

Although Tanzania has never witnessed the death of a sitting head of state, the constitution is clear as to what is supposed to happen next. The country’s Vice President Samia Suluhu Hassan will be elevated to the role of President until the next general election takes place in 2025.

Opposition leader, Tundu Lissu, led speculation that the 61-year-old president was in Kenya, then India, receiving specialist medical treatment for Covid-19. The office of the presidency played down the rumours, reiterating Magufuli’s good health. However, on 17 March Magufuli, Tanzania’s President since 2015 who won a second term in 2020, died in Dar es Salaam, with the official statement attributing his death to a heart condition.

Under Article 37 of Tanzania’s constitution, if a President dies while in office then the Vice President assumes the presidency for the remainder of the term (until 2025 in this case). As a result, Vice President Samia Suluhu Hassan should become Tanzania’s first female and first Zanzibari President. Samia Suluhu Hassan would also become the second female head of state in Africa (although Ethiopia’s presidency is largely ceremonial) and East Africa’s first sworn in female President.

However, although there is a constitutional plan for succession, Hassan’s ability to govern as Magufuli’s successor is more complicated. Magufuli’s succession was not prearranged and there is significant uncertainty over the transition in power. Suluhu is unlikely to retain the loyalty afforded to Magufuli from within the ruling party, Chama Cha Mapinduzi (CCM). The party is due to hold an extraordinary meeting on 20 March 2021 to discuss the succession.

Infighting has been a growing dynamic within the CCM since October’s election. Magufuli retains loyalists within key facets of government, notably the intelligence services, but elements within the CCM are likely to be eager to marginalise the influence of Magufuli loyalists, while supporters of the late President will almost certainly seek to maintain influence and steer government. As a result, there is a heightened risk of accentuated factionalisation within the CCM. This would most likely undermine the new president’s ability to govern effectively and has the potential to disrupt flagship government policies.

Hassan is not a particularly controversial figure. She has been loyal to Magufuli but has not been a ‘loyalist’. As a Muslim and hailing from semi-autonomous Zanzibar, she is likely to be contentious within some traditional Christian elements of the CCM. Hassan lacks her own support base but is likely to draw from Tanzania’s Muslim population (35%) and reportedly has the support of former president, Jakaya Kikwete. Her ability to govern will depend on how she manages factions within her party. Should Hassan be sworn in as President, the choice of Vice President could be an early indication of her support base within government.

Although Hassan held multiple ministerial positions before rising to the role of Vice President, she is not regarded as a political heavyweight in the party. She has the power to nominate her new Vice President, however, the power brokers of the ruling Chama Cha Mapinduzi (CCM), with input from the influential Tanzania Intelligence and Security Service (TISS), is likely to make this decision for her. It is unclear who the front runner in the race for new Vice President will be, although it will probably be a Christian male.

Whoever this candidate might be, he or she will be the real decision maker until the next general election in 2025, and potentially longer.

Samia Suluhu Hassan is a very different individual to John Magufuli. The Vice President’s prominence has risen in recent years, particularly appearances on the international stage. Unsurprisingly, Hassan is highly likely to be far less sporadic than Magufuli, while her soft rhetoric contrasts Magufuli’s more brazen approach. However, although a Hassan presidency could be a reset in style, this does not mean a reset in policies. The first indication of the presidency’s political direction is likely to be Covid-19.

Tanzania has been an outlier in its approach to the pandemic, undergoing a policy of Covid-19 denial, suspending testing in April 2020 and dismissing both social distancing measures and vaccines.

Much of this strategy has been attributed to Magufuli’s own claims that divine intervention had defeated Covid-19 in Tanzania. Public and institutional pressure on the government to accept the reality of the public health situation has grown over the last few months. An adjustment in strategy on Covid-19, or at least cooperation with the World Health Organization (WHO), could be a more straightforward change. However, radical change in other areas of government is unlikely in the short run. The new President is unlikely to be able to significantly re-sculpt policies of certain government departments at the expense of support from the complex party landscape she will inherit. There will also likely be significant opposition to Hassan if she is perceived to be eroding Magufuli’s legacy – a potential complication for a total U-turn on Tanzania’s current Covid-19 strategy.

Suluhu Hassan has previously demonstrated a pro-business narrative, particularly towards mining, in contrast to Magufuli’s more confrontational, protectionist and anti-western approach in recent years. Anticipated legislation, such as expected anti-business mining reforms, are likely to be delayed or potentially revamped. It is conceivable that a Hassan presidency could make Tanzania more accessible, but the incoming president will have a difficult dynamic to manage within her party first.

What is sure at this point is that Tanzania has lost a leader who consolidated his grip on the ruling CCM and the country more so than perhaps any of his predecessors. He will leave a legacy that is second only to the country’s founding president Julius Nyerere. In terms of the next steps for investors, the key things to watch include: