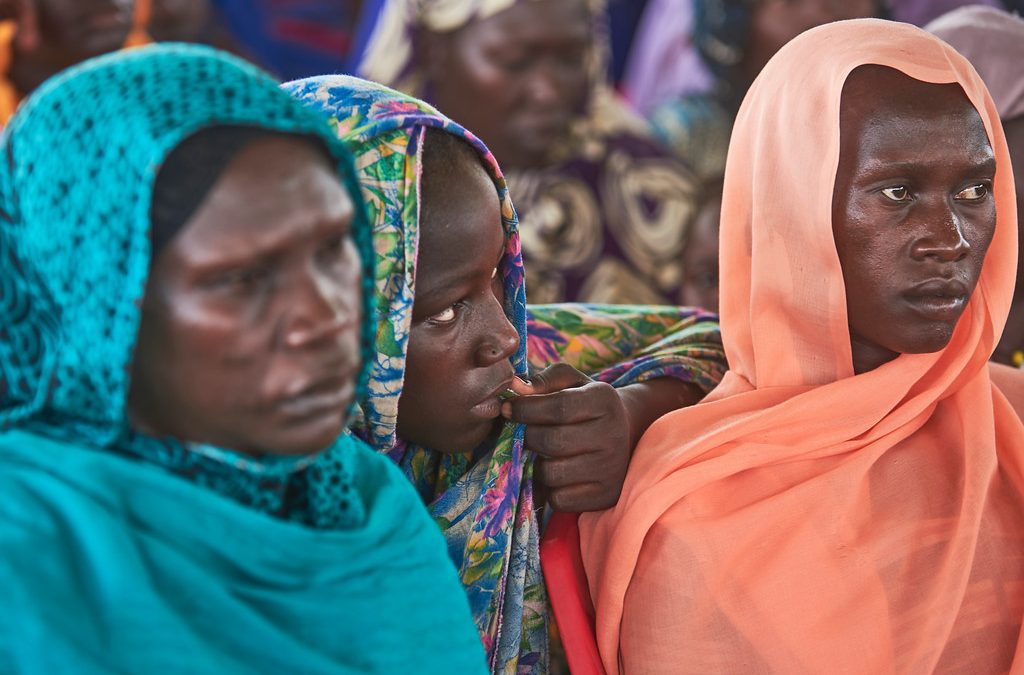 The UN Population Fund (UNFPA) has estimated that about 187 500 women of reproductive age are living in temporary flood shelters with minimal protection measures to ensure their safety and security. Image credit: OCHA

03 October 2020 – Catastrophic flooding and rising food and health costs in Sudan, have driven up the number of people in need, the UN Office for the Coordination of Humanitarian Affairs (OCHA) said last week.

Authorities declared a three-month state of emergency in early September after the worst flooding in 30 years. To date, more than 860 000 people have had houses destroyed or damaged and more than 120 people have died. Some 560 schools and thousands of health facilities have also been affected, compromising essential services to communities, especially in North Darfur, Khartoum, West Darfur and Sennar, which account for 52% of all people affected.

The response by UN agencies and partners has reached more than 400 000 people so far, including emergency shelter and essential household items relief to over 181 000 flood-affected refugees, 1.87 million internally displaced people and Sudanese across the country.

Meanwhile, COVID-19 virus transmission has continued, with 13 653 confirmed cases of COVID-19 with 836 deaths, according to official data from the World Health Organisation (WHO).

Amid growing needs, surging inflation – reaching nearly 170% in August – has caused a shortage of basic commodities and increased prices of some locally sourced supplies by 300% to 400%.

“In some cases, by the time the procurement process is finalised, the suppliers have increased prices, so that the original budgets are no longer valid”, says OCHA spokesperson Jens Laerke.

He explains that this means the purchasing process had to begin again. “There is no guarantee the prices won’t increase before the end of the process,” he says.

Healthcare costs have also increased by up to 90%, OCHA Sudan said in a recent tweet.

According to Laerke the price of an average family food basket had increased by over 200% since last year, based on World Food Programme (WFP) data, increasing pressure on already dramatic levels of food insecurity across Sudan, where 9.6 million people are described as “severely” in need.

Laerke says that inflation has also affected the UN’s humanitarian partners which provide cash support to vulnerable families, as they are constantly having to adjust the amounts transferred.

Even with these adjustments, many families are no longer able to purchase what they need with the cash received. Today, only one in four families who previously relied on outside assistance now receives it.

Another concern in Sudan is that large areas of farmland are under water or ruined just before harvest.  “Most families in Sudan already spent around 65% of their income on food, so these price hikes lead to increased hunger and less education, health and other services that families de-prioritise as they try to cope with the economic hardship,” says Laerke.

The UN Population Fund (UNFPA) has estimated that about 187 500 women of reproductive age are living in temporary flood shelters with minimal protection measures to ensure their safety and security. The damage to health clinics, hospitals and latrines poses further risks.

12 000 women are pregnant and more than 1300 women will give birth in the coming month, said the agency. Of these women, 600 will likely experience complications in birth and require life-saving sexual and reproductive health services.

UNFPA has helped to rehabilitate 16 emergency obstetric and new-born care facilities in seven regions of Sudan, support that can mean the difference between life and death for displaced pregnant women.