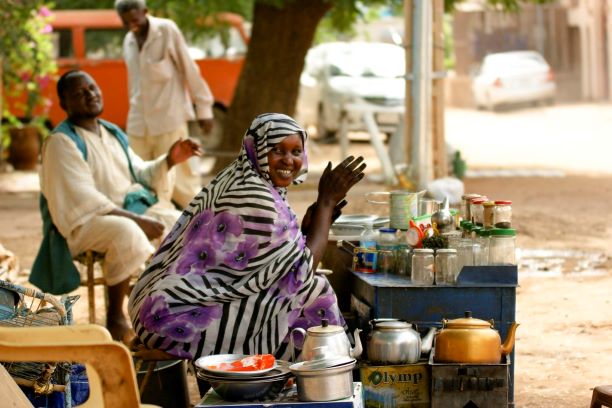 “One of the key messages remains that we expect all parts of Sudan to work together for all of Sudan”, Special Representative Volker Perthes said after consulting on the country’s future with a wide and diverse group of participants.

Having just returned from the Paris Conference, designed to encourage the economic revitalisation of the country, he told ambassadors that member states had announced bilateral debt forgiveness to help Sudan clear its arrears with international financial institutions.

Sudanese civil society also shared their vision of a new Sudan based on freedom, justice, and economic opportunity, while Prime Minister Abadalla Hamdok reiterated his commitment to peace.

“I encourage all of Sudan’s international and domestic partners to continue supporting Sudan as it implements key economic and political reforms,” said Perthes, who also heads the UN Assistance Mission in Sudan (UNITAMS).

Beginning with the peace process, the UN envoy said that on 28 March the Chairman of Sudan’s Sovereign Council – which combines military and civilian representatives – and the leader of rebel group, the Sudan People Liberation Movement, had signed a Declaration of Principles, which paves the way for a final agreement.

He also said that during talks scheduled for next week, UNITAMS would support the parties as well as neighbouring South Sudan, the mediator, as required.

The UN official also discussed with Abdulwahid al Nur, leader of the Sudan Liberation Movement/Army, in Darfur, one of the other main non-signatory factions, the importance of engaging politically with the Government for “a comprehensive peace”.

“The Government continues its efforts to advance the political transition, including the important steps of establishing a Peace Commission, Anti-corruption Commission, and Transitional Justice Commission, among others,” said Perthes.

Turning to delays in the transition process, he pointed to the fact that an inclusive and representative Transitional Legislative Council with at least 40% female participation has yet to be realised.

Amidst “great concern” over the limited progress in implementing the Juba Peace Agreement of October last year, the UN envoy noted some advances, such as preparations to establish its monitoring and evaluation mechanism.

“Other critical aspects remain unfulfilled”, he said, pointing to security arrangements, a ceasefire, a Joint Protection Force and other security committees, all of which have “a direct bearing on protection of civilians and overall stability”.

Despite the willingness of armed movements to put forward named representatives for ceasefire committees and identify personnel for joint security forces, he said, “deployments have yet to commence”.

“I fear that without the speedy establishment of these Joint Forces, and the implementation of Sudan’s National Plan for the Protection of Civilians, we could see similar incidents like Geneina be repeated”, the UN official warned, referring to five days of fighting in West Darfur that left scores dead.

The Special Representative the Government’s decision to ratify the Convention on the Elimination of Discrimination Against Women was “an important step forward” as well as the Protocol to the African Charter on Human and Peoples’ Rights on the Rights of Women in Africa, and pledged the mission’s continued support for “an environment where women live free of fear for their safety and exercise their full rights”

Distributed by APO Group on behalf of UN News.