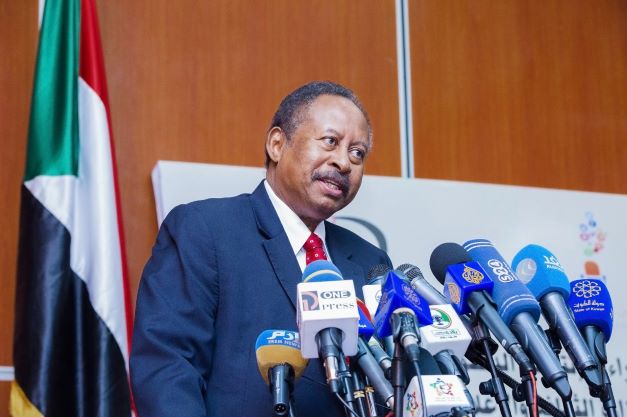 Sudan is the latest country in Africa where the remnants of its down (but not out) leaders fight back to bite the hand that feeds them, writes Leon Louw, editor and founder of WhyAfrica.

Prime Minister Abdalla Hamdok’s transitional cabinet in Sudan seemingly suffers from the same malady that has hamstrung reformist leaders and movements in other parts of Africa. To make things worse, Sudan had to overcome a brief bout of the West African “coup flu” before the instigators were stopped in their tracks a few weeks ago.

Since prominent economist Hamdok was sworn in as Sudan’s new prime minister in April 2019, his transitional cabinet’s decision- making capabilities have slowly been eroded by remnants of ousted strongman Omar al-Bashir within the military and security clusters, which, unsurprisingly, culminated in the thwarted putsch.

Much further south, South African president Cyril Ramaphosa’s “New Dawn” idea has suffered a similar fate, as his predecessor Jacob Zuma’s most fervent supporters puts up a fight to keep the established patronage system intact. Zuma’s faction, the Radical Economic Transformation movement’s resistance reached its zenith in July, when, unbeknown to Ramaphosa and his intelligence agencies, they orchestrated what Ramaphosa would later describe as an “attempted insurrection”.

Tanzania and the ghost of Magufuli

In Tanzania, progressive and conciliatory President Samia Suluhu Hassan, has to deal with a powerful, and extremely conservative, contingent of party members still loyal to the late President John Magufuli, who died in office in March this year. The ruling Chama Cha Mapinduzi (CCM) party, which Samia Suluhu Hassan now leads, is experiencing an identity crisis as the new president attempts to steer the ship in a new direction. However, Magufuli’s legacy and influence looms large. Although there is by no means any indication of security concerns in Tanzania, the Magufuli fan club within her own party remains an albatross around the new president’s neck.

Tigray’s crisis a result of the Abiy’s agenda

Another example of the old guard pushing back against the new, is playing out in Ethiopia, where the Tigray People’s Liberation Front (TPLF), who ruled Ethiopia for almost three decades, were toppled in democratic elections by Abiy Ahmed and his Prosperity Party in 2019. Although the situation in Ethiopia and the Tigray region is extremely complex, the most significant unintended consequence of President Abiy Ahmed’s reforms has been a degeneration of the Tigray crisis into one of the worst modern-day conflicts in Africa.

Despite significant gains made in Sudan over the past few years, the recent coup attempt has put a lid on the growing optimism in the country since Hamdok’s appointment as interim leader. Military coups seem to be in fashion again in West Africa, and the al-Bashir left-overs in Sudan have clearly taken note.

Over the past year, Guinea, Mali (twice in the past thirteen months), and Chad have seen the rise of new leaders that came to power following violent military take-overs. However, the Hamdok sovereign council, comprising of six civilians and five members of the armed forces, could hardly have imagined that the same fate as that of West Africa’s entrenched leaders would ever befall them.

Although the coup attempt was aborted before the rebel soldiers tried to seize control of the state media building in Omdurman, the red flags are up. All is not well in Sudan.  The ghost of Omar al-Bashir’s still haunts the cracked walls and dark corners of Khartoum.

Civil society in Sudan and the push back

According to an article in the New York Times, 21 officers and several soldiers were detained in connection with the coup attempt. “There is an urgent need to get Sudan’s military under full civilian control,” the articles states. The newspaper quoted a former deputy chief of staff to Hamdok who said: “There will be no stability without civilian oversight over all the state apparatus, including the military and intelligence agencies”.

Meanwhile, the Forces for Freedom and Change (FFC), a growing grassroots political movement in Sudan, has urged Hamdok’s interim government to accelerate the removal of Al Bashir remnants in the military and security service.

According to sources in Sudan Lieutenant General Abdelfattah El Burhan, Sovereignty Council President and Chief of the Sudan Armed Forces (SAF), and Lieutenant General Mohamed Dagalo ‘Hemeti’, Sovereignty Council Deputy President and Chief of the Rapid Support Forces militia, blames Sudan’s political forces for the crisis in the country. The two Lieutenant Generals reportedly condemned the lack of respect for the military by political movements and opposition parties and accused politicians of squabbling and quarrelling over positions instead of working for the future of the country.

A local Sudanese news service, Radio Dabanga, reported that the FFC, the driving force behind the Sudanese revolution that led to the ousting of the regime of President Omar Al Bashir, considered the statements of the president and vice-president of the Sovereignty Council “a setback to the agenda of the revolution and the democratic transformation”.

The speeches of the military leaders contained “a load of fallacies and baseless accusations against the FFC,” the group said in a press statement two weeks ago.

The FFC further stated that the statements constitute a direct threat to the democratic transition as they attempt to create a rift between the forces of the civil revolution and the armed forces of the people and undermine the foundations on which the revolution was based.

According to the social democratic political party the Sudanese Congress Party (SCP), the statements by the military men included dangerous indicators and unacceptable contradictions.

According to Radio Dabanga, the Sudanese Journalists Network also considers the statements of the military leaders of the country on Wednesday “an advanced step towards the seizure of power”. The network said it will work with other forces to urgently mobilise the people and develop a professional plan of action to confront such attempts.

The Democratic Lawyers Alliance described the aborted coup attempt on Tuesday as a “rehearsal and a measuring device to show the extent of the street’s reaction to military change”. The lawyers wondered why information about the coup attempt only came from the military themselves and why the names of the people behind the coup have not been made known yet. They called for regular updates about the investigations.

As military governments sweep across West Africa, democracy is in danger of losing its verve on the continent. To read more how strongmen debris haunts Khartoum and progressive African leaders, and about how democracy in Africa, or a lack thereof, will affect business and the private sector, subscribe to the WhyAfrica digital magazine that will be launched in November 2021.