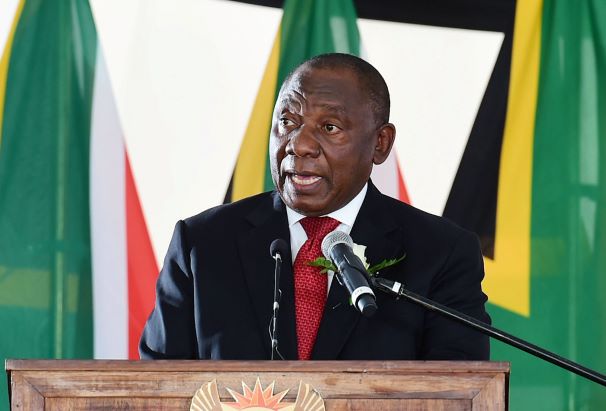 22 March 2021 – We should not underestimate President Cyril Ramaphosa’s fightback in South Africa. Although the country’s reputation has taken a severe knock over the last 12 years, Ramaphosa is leading a revival in South Africa’s long road to recovery.

President Cyril Ramaphosa has been dodging bullets from all sides since taking over the presidency from tainted Jacob Zuma more than two years ago. Ramaphosa not only had to deal with a fightback from Zuma loyalists within the ruling ANC party and extreme corruption within his own ranks, but at the same time he had to negotiate murky waters created by a global health crisis.

However, amidst an increase in Covid-19 infections and student protests about free education, Ramaphosa’s subtle body shots are starting to count in the power struggle against a “Radical Economic Transformation” faction of the ANC led by Ace Magashule, the party’s controversial secretary general. Magashule has been worn-down by a long list of fraud and corruption charges brought against him by the National Prosecution Authority. At the same time, the Magashule/Zuma faction recently had to concede victory when most ANC MPs in parliament voted with Ramaphosa to establish a special committee to probe Public Protector Busisiwe Mkhwebane, who is seen as an ally of the anti-Ramaphosa movement.

While things are looking brighter for Ramaphosa on the political front, the recent spike in commodity prices has set alight a previously lumbering economy. Gold and platinum mines in South Africa have been printing money over the last eight months or so, and with no end in sight for platinum’s bull run, Ramaphosa’s eager and young team at treasury are licking their lips. South African’s are often the architects of their own demise and are not good at selling their country to an often-confused international market. Nowhere else on earth is criticism against government as harsh as it is in South Africa, which keeps the ruling party on its toes, but at the same time paints everybody with the same brush and denies significant economic gains. Nevertheless, it does seem that the South African ship is turning, albeit at a much slower pace than the fiercest critics would demand.

Is there light at the end of a dark tunnel?

Minerals and Energy Minister Gwede Mantashe and the Minerals Council of South Africa have prioritised exploration in the mining sector, which will boost confidence. There are more than a handful of exciting mining projects in development, and while the platinum sector is humming, a number of small coal mining operations have seen the light in the coal fields of the Mpumalanga province.

Ironically, the abundance of coal is not the magic potion to relieve South Africa’s throbbing headache: the shortage of electricity. Mantashe has a temporary solution though, a plaster, at least, for a deep wound. He recently announced the winners of 20-year contracts for nearly 2000MW of emergency energy by August 2022. This means an injection of R45-billion into the South African economy. The Minister further announced that a request for proposals for 2600MW of wind and solar power would be released soon and close in August 2021, and that requests for proposals on a further 2600MW of renewable energy, 3000MW from gas and 2000MW from coal and battery power would be released in the next 12 months.

Despite opposition from environmental and civil society groups, the exploration of South Africa’s oil and gas fields is continuing unabated and a roadmap for a gas pipeline network has been released. All in all, the picture is looking a lot prettier than what it did only six months ago. Even more encouraging, is that the infrastructure roll-out promised for so long by both Zuma and Ramaphosa, is underway. Last week the Gauteng government announced that it has budgeted more than R23-billion for a road and transport upgrade, while construction and engineering companies are walking around with bulging order books. It all bodes well for Ramaphosa, whose political life depends on his ability to resuscitate the South African economy.

Ramaphosa is not trying to flog a dead horse. The South African economy, and its people, are resilient, innovative, and ambitious. The country has overcome immense challenges before and reinvents itself when the chips are down. Ramaphosa’s massive role in the evolution of modern-day South Africa is often forgotten, and there is no better captain to steer a limping ship through troubled waters. WhyAfrica Hawks Eye is firmly on South Africa as the global economy kicks into gear and South Africans put shoulder to the wheel.