Soldiers shoot blanks in the battle for Mocimboa da Praia 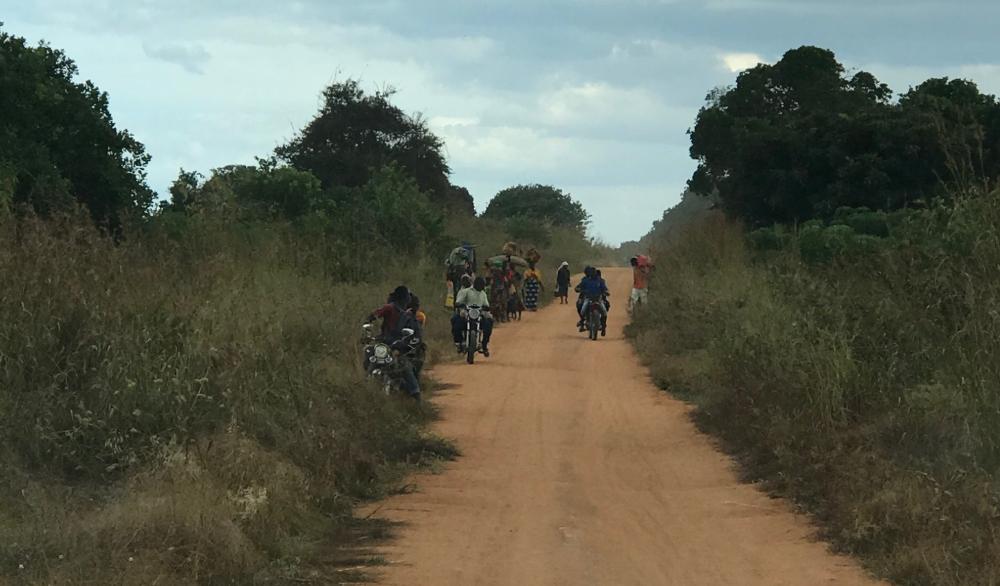 The Islamist group Ansar al-Sunna in the Cabo Delgado province of Mozambique is a threat to the entire southern African region. During a recent battle for control of the town Mocimboa da Praia the Mozambican army reportedly ran out of ammunition.

Amid the Covid-19 pandemic countries like Mozambique, Zimbabwe, South Africa, and Tanzania have become fertile ground for an extremist movement promising a restless, unemployed, and poor young population a better life. Ansar al-Sunna has carried out numerous attacks in Cabo Delgado since late October 2017, and last week overran the Mozambican army in the battle for the port of Mocimboa da Praia, which is about 70km south of Palma, and close to the rich oil and gas fields of the Rovuma Basin. Unconfirmed reports suggest that several insurgents and members of Ansar al-Sunna that have been captured and detained by the Mozambican authorities, are Tanzanian nationals.

According to the Mozambican foreign minister Veronica Macamo, Tanzania and Mozambique face similar problems and she stressed the importance of joint efforts between the two countries to counter the security threat in Cabo Delgado and in southern Tanzania. Macamo says that the Mozambican authorities are investigating claims that a number of the insurgents are Tanzanian nationals. Notwithstanding, she says that bilateral relations between Mozambique and Tanzania remain strong.

According to a report by the Club of Mozambique there are signs that the Tanzanian authorities are beginning to take the security situation more seriously. According to various reports, the southern brigade of the Tanzanian Defence Force is preparing to launch an offensive against insurgents hiding in forested areas near the border with Mozambique.

Clashes between the alleged terrorists and Mozambican soldiers flared up in early August 2020. According to the website Noticias de Defesa, units of the what has become known as an Islamist movement, carried out simultaneous attacks against several locations in the Mocimboa da Praia district, including the town of Mocimboa da Praia on 6 August 2020.

The website further suggests that the groups that attacked Mocimboa da Praia were fleeing from terrorist bases named “Syria 1” and “Syria 2” – names that are a clear tribute to the links between Ansar al-Sunna and the international terrorist network that calls itself “Islamic State” (and is also known as ISIS or Daesh).

The Mozambican defence forces is reported to have shelled opposition bases in southern Mocimboa da Praia, and the northern part of the Macomia district. But the onslaught against Mocimboa town was far from over. Fighting continued until Wednesday when an Ansar al-Sunna unit invaded Mocimboa da Praia port.

A Mozambican military source cited by the Portuguese news agency Lusa told a reporter that several Mozambican soldiers lost their lives during the battle and that despite the resistance by the Mozambican military, members of the alleged terrorists group took over the entire port area.

According to the Lusa reporter, the Mozambican defence force was ill equipped to deal with, and see off, Ansar al Sunna’s relentless attack. There are many reports from eyewitnesses in Cabo Delgado that says that the Mozambican soldiers ran out of ammunition. The Club of Mozambique reports that villagers fled after the attack and that most people have now abandoned Mocimboa da Praia, either fleeing into the bush or further south towards Pemba and surrounding rural areas. “Most of the civilian population has fled, many towards the provincial capital, Pemba, or over the provincial boundary into Nampula,” the newspaper says.

A press release from the joint command of the Mozambican defence and security forces mentioned fighting for control of Mocimboa da Praia town, but did not say who the insurgents were, or where they came from. The press release states that there had been attacks against the villages of Anga, Buji and Auasse and against Mocimboa town itself. “In the course of their actions to defend the population against terrorist raids, the defence and security forces attained several operational results, notably inflicting 59 losses on the terrorists and destroying six camps they had used,” the press release states.

A spokesperson for the Mozambican defence force said that actions are under way to neutralise the terrorists who use the population as shields. “The defence and security forces are committed to re-establish public order and security, and to defend the country’s sovereignty and territorial integrity,” the spokesperson said.