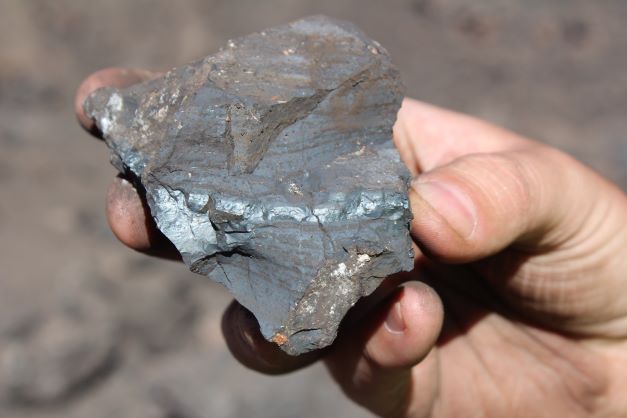 As part of WhyAfrica’s road trip through the Northern Cape Province of South Africa at the end of February, I paid a visit to Sitatunga Resources’ East Manganese mine, one of the latest additions to the Kalahari manganese mining club.

The rich manganese fields in the Northern Cape province of South Africa are attracting an increasing number of mining companies. When the first pioneers started mining in the red sand close to a small hill known as Black Rock more than half a century ago, they didn’t know much about the sprawling manganese veins extending all the way to the ends of the horizon. Moreover, the mine workers that settled in Hotazel in the early 80s, could hardly have imagined the central role that their mining town would one day play in the world’s supply of manganese.

Exponential economic growth and an insatiable Chinese demand for manganese (which is used in the production of steel) encouraged further exploration of a seemingly bottomless treasure chest. More and more companies developed mines in the region, and today names like Samancor, South 32 and Assmang roll off local tongues as effortlessly as Vachellia karroo and Tsamma. By the end of last year, there were an estimated 18 manganese projects in the Northern Cape, with several more in the pipeline.

The latest addition to the prestige club of operating manganese miners in the Kalahari is Johannesburg-based Sitatunga Resources, a subsidiary of investment company, Menar. Sitatunga started production at the East Manganese mine under extremely challenging conditions amid Covid-19 lockdowns in September 2021.

After experiencing technical challenges which delayed the full ramp-up of the mine, East Manganese achieved peak production of 30 000 tonnes per month (tpm) of Run of Mine (RoM) material in February 2022.

Menar has built up an impressive portfolio of coal assets in South Africa and by bringing East Manganese online within two years, it has set the pace for a diversification strategy that entails acquiring mines in a range of commodities and bringing them into production in double quick time. With this strategy, Menar aims to grow in line with today’s megatrends of decarbonisation, government sponsored economic stimulus packages and electric vehicle demand.

The East Manganese pit is a stone’s throw from Assmang’s Gloria mine on the way to Black Rock when starting your drive from historic Hotazel. Headgear and processing plants dominate wilting thorn trees and fossilised sand dunes, and sign boards with names like Wessels mine, Kalagadi and Tshipi Borwa flash by in the simmering morning heat.

East Manganese is neatly nestled between these gargantuan operations. Although it has a small footprint in comparison to its neighbours, and only has an estimated life of mine (LoM) of just over three years, the mine serves as an ideal steppingstone for Sitatunga into the lucrative manganese sector.

According to Mpumelelo Mkhabela, chairman at Menar, the mine is not only commercially viable, but it also presents a good opportunity for the group to learn and understand the manganese market dynamics and technicalities.

Mkhabela divulges that Sitatunga is looking at several projects to expand its footprint not only in the manganese sector, but also into other commodities. The company’s ambitions are not limited to the South African operating space though, and they have already started investigating several promising deposits in other African countries. However, in the short term, the focus remains on growing its manganese operations.

“When WhyAfrica visits us in the future, Sitatunga Resources will be reckoned as one of the main players in the Northern Cape. The projects that we are looking at are substantial and we’re considering all options, including acquisitions, greenfield developments, and partnerships,” says Mkhabela.

So, with coal mining under increasing pressure in a global drive to transform the energy sector, does this mean that Menar is divesting its coal assets and getting out before the kitchen becomes too hot? “No, not at all. Coal will continue to play a key role in the global economy for at least the next twenty years, and it remains an important part of our business portfolio. In fact, Menar is still investing in and developing new coal assets. We are seeking to diversify our commodity portfolio, not reduce it,” explains Mkhabela. 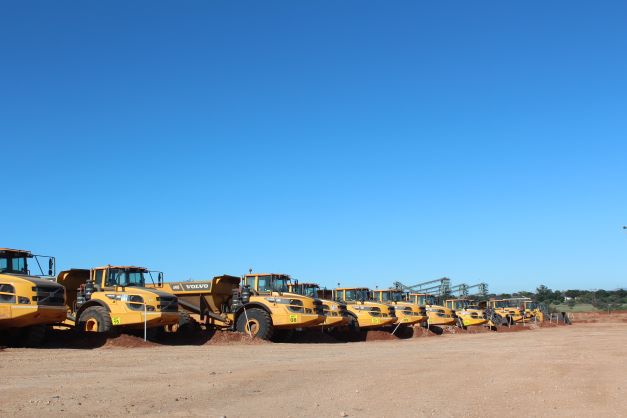 The South African Department of Mineral Resources and Energy (DMRE) is often criticised for delaying new projects due to bureaucratic red tape. However, at East Manganese the project was up and running in just over two years, a remarkable feat considering stringent covid-19 measures that were in place at the time.

Menar purchased East Manganese from Southern Ambition in September 2018. It was granted environmental authorisation in February 2019, followed by the mining right in August 2019. The last in a series of regulatory approvals was the water use licence, which was granted in September 2020. Mining operations followed soon thereafter.

“We first consulted the local municipality and other community stakeholders regarding the Social and Labour Plan, and to ensure that the mining activities benefitted local communities. During the second week of July 2020, we started grading the entrance road and opened the first box cut on 4 September 2020,” says Mkhabela.

When WhyAfrica visited East Manganese, all the mine’s infrastructure was already in place, including the 350 tonne per hour (tph) dry crushing and screening plant, which, according to Mkhabela, was commissioned in September 2021.

“Sitatunga has established a grade-control section on the mine and employed a grade control geologist, along with a supporting team, and established a fully equipped on-site laboratory to oversee the blending process. East Manganese is the only mine in South Africa that was launched in the middle of the Covid-19 pandemic, as we started mining the box cut in September 2020,” adds Mkhabela.

It is this rapid advance through the value chain that Menar would like to emulate when venturing into new projects. Its success, of course, depends to a large extent on the efficiency of the various governments and regulators in the countries it plans to operate in.

“If a company is awarded a mining license they should not sit on the resource and sterilise it. It is best to start mining as soon as possible (obviously in compliance with rules and regulations) and as efficiently as possible, despite the market dynamics. Even marginal mines will remain operational if they remain steady. They will reap the rewards when the market conditions improve again.

“We saw this with our thermal coal operations. Considering the current prices people easily forget that the coal sector was in the doldrums only 24 months ago. Regardless, all of Menar’s mines continued to produce coal and when the price bounced back, they were well positioned to take advantage of the upsurge. If the mine remains consistent and maintains efficiency through all the ups and downs, it will be successful.

Mining as efficiently as possible

The East Manganese pit is accessed using load and haul mining methods. The overburden material is hauled to the overburden and topsoil stockpiles, which will be used at later stages for mine rehabilitation purposes. The mine’s fleet of mining machines comprises 12 articulated dump trucks (ADTs), four excavators, two dozers, one grader and two front-end loaders.

Due to the conical shape of the pit, Mkhabela explains that it took about eight months to reach the first ore, after which steady-state- production was achieved.

“Due to the depth and footprint of the ore, which is situated about 60m below the surface at the bottom of the pit, the mining team could not apply conventional strip mining, hence the conical shape of the pit with a ramp down to the ore,” says Mkhabela.

The mine recently upgraded the existing access road linking the mine to the main road which will allow the haulage of the ore to the port or nearby Transnet Freight Rail line that is dedicated to manganese transport. The manganese is then railed to Port Elizabeth harbour for export. Transnet recently increased its capacity to rail manganese destined for the export market.

The mining fleet at East Manganese consists of four production teams, each with one 75-ton excavator and three 40-ton ADTs. In addition, there are two bulldozers that are utilised for bench preparations, dump management as well as rehabilitation; one grader for road, loading and dump area maintenance; three Front-End-Loaders for product loading and a water bowser to manage dust emissions and suppression on site.

As Menar gears up to become one of the main players in the manganese fields of the Northern Cape, they will be faced with several challenges, not only operationally, but also in terms of social and environmental challenges. The Kalahari is a harsh, challenging operating environment not for the faint hearted. However, for those who have been able to overcome the initial teething problems, it continues giving, as long as you treat it with respect.