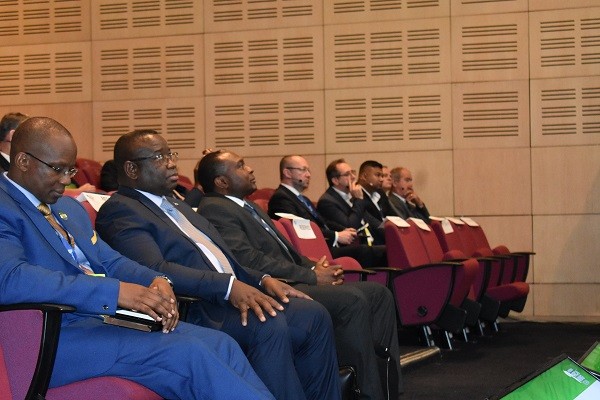 A first of its kind geophysical survey conducted in Sierra Leone could change the fortunes in a country first ravaged by civil war and then by the Ebola virus, writes Leon Louw of WhyAfrica.

The survey, conducted by Reid Geophysics in collaboration with South African companies XCalibur Airborne Geophysics and Geofocus, was necessary to attract investment into Sierra Leone.

According to Tim Archer, director of Reid Geophysics, the five aeroplanes used in the survey, flew a lot slower than what is normally done in these types of surveys.

Archer said the results of these surveys are extremely positive, but that a long road is still ahead for the mining industry to find its feet again in a country rich in diamonds, bauxite and rutile. Earlier in the day, Sierra Leone’s president, Julius Maada Bio, invited foreign companies to invest in Sierra Leone, which also boasts good deposits of iron ore, gold, and even traces of platinum.

According to Karl Smithson, CEO of Sierra Diamonds, and a veteran explorer in Sierra Leone, this is a game changer for the country. Sierra Diamonds’ Tongo mines are in the final stages of completing its underground decline and will be operational early in March 2020. Meanwhile, Jan Joubert, CEO of Meya Mining, another stalwart in the Sierra Leone mining industry, says a lot of new projects will now be fast tracked, because of the more detailed information available. Joubert believes that Sierra Leone will become one of the top diamond producers in the world. Smithson says Tongo, which has a mine life of about 18 years, is only utilising three of the 11 Kimberlite pipes present on its mining area. The government of Sierra Leone is on a major drive to reform the economy, and to change perceptions about a country that has been backstage for so long.