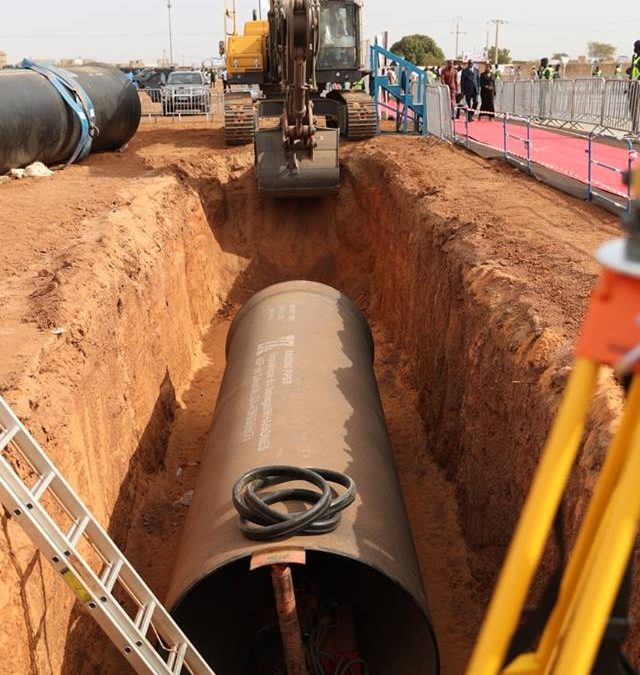 14 October 2020 – A 30 km power line is under construction in the locality of Keur Momar Sarr in north-western Senegal.

According to the director general of Senegal’s national water company (Sones), Charles Fall, the high-voltage line will be ready by November 2020 at the latest and will connect the third drinking water plant in Keur Momar Sarr to the Sakal electricity network in the Louga region of Senegal.

Senegal’s national water company (Sones) wants to connect the future drinking water plant of Keur Momar Sarr (KMS) to the electricity network from Sakal, in the Louga region in north-west Senegal. To do this, the public company has ordered a 30 km high-voltage line since 2019.

According to Fall the high voltage line will be equipped with an automated control system that will allow the reporting of all information both at the level of the Senegalese National Electricity Company (Senelec) and at the Keur Momar Sarr plant.

The drinking water plant that will be supplied by the new power line is still under construction. It is the third station of its kind built in the locality of Keur Momar Sarr, hence its name “KMS”.3 “The construction work on the plant is 90% complete. The plant is expected to be commissioned in 2021”, says Fall.

The Senegalese government has obtained loans of about 424- million Euros (nearly 279-billion CFA francs) from several financial institutions for the construction of the new drinking water plant. Once operational, Keur Momar Sarr will provide 100 000 m3 of water per day, expandable to 200 000 m3 of water per day. The new plant will serve about one million people in the regions of Louga, Thiès and the capital Dakar. Still within the framework of this drinking water project, the government plans to make 85,000 social connections.

The article first appeared on Afrik21. It was written by Inès Magoum