Segilola in Nigeria is WhyAfrica’s Pick of the Week 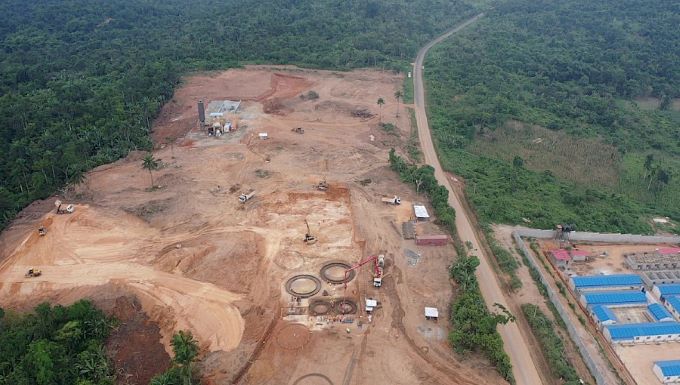 21 July 2021 – The mills have started turning at TSX listed Thor Explorations’ flagship gold project. Segilola in Nigeria is WhyAfrica’s Pick of the Week.

A few years ago, the government of Nigeria embarked on a strategy to diversify its economy away from oil. Nigeria has been producing oil since the 1950s, and although the country boasts good deposits of minerals and precious metals, those fell by the wayside in the drive to optimise oil production over the past 60 years or so.

However, with a fluctuating oil price, the government of President Muhammadu Buhari realised that a sole reliance on oil would be a disastrous path to continue pursuing.

Gold, found in abundance in certain regions, was one of the first targets, and a number of geologists and junior mining companies started looking at what was beneath the soil in the Osun State, North-east of Lagos and almost midway between Lagos and the capital of Nigeria, Abuja.

Results from initial surveys looked promising, and the quality of the material mined by artisanal miners justified further exploration drilling in the vicinity. A handful of brave junior mining companies ventured into Osun and came back starry eyed.

One of those was TSX listed Thor Explorations. Initial exploration work backed up their belief in Nigeria, despite significant challenges.

According to Segun Lawson, President and CEO, the company expects to pour its first gold before the end of July 2021.

The company said in a statement that remaining work will focus primarily on the gold room, elution and electrowinning circuit, power connection, instrumentation, and control installations.

Segilola’s processing plant is being commissioned in phases, with commissioning having already started at the power plant.

Commissioning of the SAG and Ball Mills, and the crushing section will follow. Thereafter, commissioning will continue with the remaining areas of the processing plant.

Lawson says that mining is underway, with 700,000 tonnes of waste mined and 30,000 tonnes of ore stockpiled in preparation for the opening of the processing plant.

“The pit is fully prepared for mining operations, with pre-strip nearing completion. The mining fleet is now fully commissioned, and production is expected to quickly ramp up to its design capacity. All the necessary permits are in place and blasting operations have started as the company moves into the harder transitional and fresh ore zones,” says Lawson.

Segilola will comprise of an open pit based on a probable reserve of 518,000 ounces of gold grading at 4.02 grams per ton.

Thor has focused its activities on the development of the Segilola Gold Project, initially through a Preliminary Feasibility Study, completing a Definitive Feasibility Study in 2019, and then completing a Project Financing of USD104.5-million comprised of equity, debt and a stream facility in 2020. The project went into construction in early March 2020

Thor Explorations holds a 100% interest in Segilola and has a 70% economic interest in the Douta Gold Project located in south-eastern Senegal.