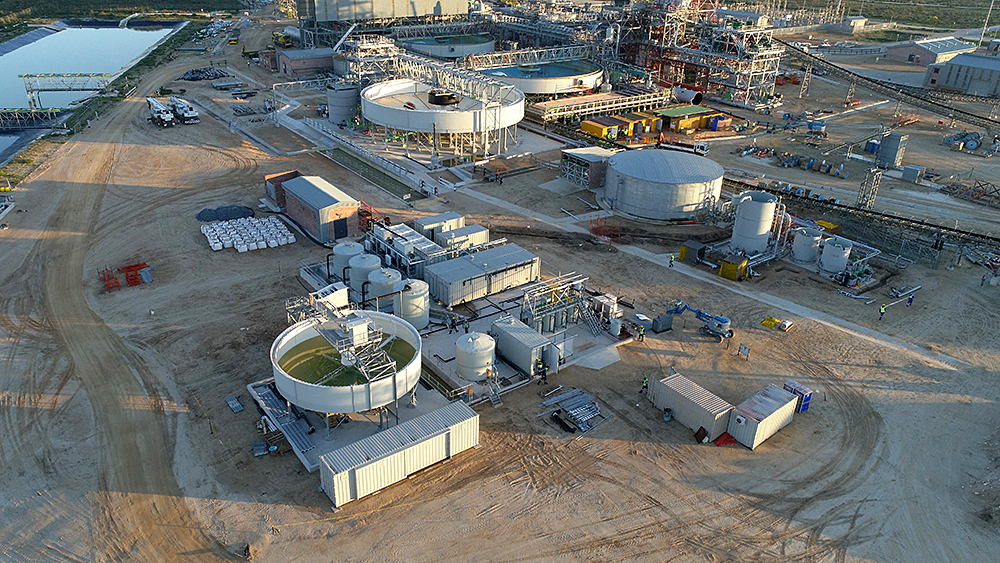 Development at Kropz’s Elandsfontein mine on the west coast of South Africa is in full swing. Image credit: Kropz

Development at African phosphate developer Kropz’s Elandsfontein mine in the Western Cape province of South Africa is on track to be commissioned in December this year.

Elandsfontein, located about 100km north of Cape Town, faced an uphill battle since the property was acquired in 2010 and the development was made public several years ago.

The mine is close to the Langebaan Lagoon and the West Coast National Park, which together form the Langebaan Ramsar site, a wetland of international importance.

Environmentalists have waged a continuous battle to have the project halted. Their main concern is that water withdrawn from the Langebaan underground aquiver would affect the ecology of this sensitive natural ecosystem.

Kropz has spent an enormous amount of money and time on ensuring that these environmental concerns are addressed and communicated to the local communities and interested parties in the area.

The mine extracts groundwater and directs it around the open pit in a closed system, and reinjects it back below the water table, thus protecting the local ground water resources and the Langebaan Lagoon. The network is managed through real-time systems, and an extensive ground water monitoring scheme which ensures that the integrity of the ground water resource is maintained.

After being awarded the water use license, Kropz encountered teething problems with the processing plant, which had to be redesigned, and Covid-19 was a further constraint. Nevertheless, Kropz announced this week that the first phosphate rock ore exports from Elandsfontein are expected in Q1 2022.

Earthworks and civil construction are complete; the fabrication and erection of structural steel, platework and piping are complete and mechanical equipment is installed.

C3 (or cold) commissioning has begun in areas where installation is complete. Several tanks and thickeners have been filled with water to run through the leak detection process, before starting to pump water through the circuit.

Transnet has provided the company with a draft port access agreement to support the long-term export of Elandsfontein’s phosphate rock through the port of Saldanha. The contract is now being finalised between the parties.

Exports through Cape Town will only be required for a maximum of 30% of Elandsfontein’s export production of approximately 1 million tons per annum, and only if capacity through Saldanha is unavailable for a period of time.

Summers says that the potential effects of Covid-19, and the possibility of a fourth wave of infections in South Africa remains a risk to the project schedule.

At Kropz’s Hinda phosphate project in the Republic of Congo, Hatch is currently engaged in a value engineering phase to optimise the project economics. The results of an updated feasibility study are expected to be released in January 2022.

WhyAfrica provides you with business intelligence that matters. WhyAfrica specialises in African affairs and natural resources. Africa is our business, and we want it to be yours too. To subscribe to WhyAfrica’s free newsletter or digital magazine, and for more news on Africa, visit the website at www.whyafrica.co.za or send a direct message. WhyAfrica will launch its first ever digital magazine in November. If you are interested in contributing or advertising, please contact me at leon@whyafrica.co.za. To coincide with the first launch, we have a range