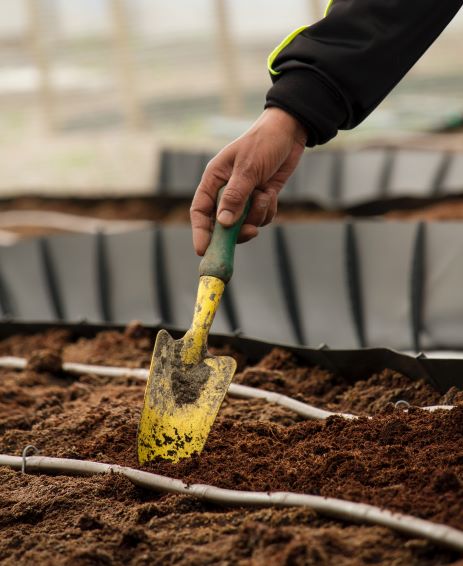 South Africa needs a sustainable agricultural sector if it is to ensure food security in the future. However, the sector is not without its challenges including climate change and increased pressure on water resources.

The latter, says the report, “need to be accompanied by responsible investments and concern for … the environmental footprint of lengthening supply chains and impacts on biodiversity. The report adds that food systems need to become “more efficient, inclusive and efficient.”

Impact of climate change will be felt in the long-term

Dawie Maree, Head of Information & Marketing at FNB Agriculture, agrees that climate change poses a challenge to the agricultural sector. “Farmers are having to adapt what they produce and where they produce it in response to climate change,” he says, adding that while the impact of climate change won’t be felt overnight it will gradually have a larger impact.

The Maize Triangle – which consists of South Africa’s three main maize-producing areas, the Free State, Mpumalanga and North-West Province – as an example, has already shifted to the more eastern areas of the country as a result of climate change, he reports.

In South Africa temperatures are increasing which impacts plants’ phenological growth. Phenology – essentially nature’s calendar – influences the schedule of plant and insect development and impacts when farmers decide to apply fertilisers or pesticides and a is a leading indicator of climate change impacts, according to climate scientist and researcher at the University of Cape Town, Peter Johnston.

In an article published in The Conversation, he writes that the most valued crops in South Africa – maize, wheat, fresh fruit, and wine grapes – are all under threat from increased temperatures and changing rainfall patterns.

Linked to climate change is the challenge of water security. “Both the quality and availability of water is becoming a growing problem in South Africa,” says Maree.

“The deterioration in water services in many municipalities throughout the country impacts both the production and quality of food being produced. The situation is exacerbated by raw sewage and other effluents which are flowing into our rivers.”

Increasingly, South Africa’s farmers are having to do more with less, he adds. “In addition to having less water available, there is less land available for fertile land, specifically in parts of Mpumalanga and parts of Limpopo where mining operations are in competition for fertile land.”

Ultimately what this means is that farming operations are having to produce more food with less resources, particularly less land and less water.

To be sustainable farmers are having to utilise economies of scale. “Precision agriculture is no longer a buzz word but a necessity,” reveals Maree. “Technology, artificial intelligence and data science are playing an increasingly important role in agricultural operations both to increase crop yields and in order to breed livestock more efficiently.”

This need to employ economies of scale and increase efficiencies is particularly critical given rising input costs, including rising energy and fuel costs, the increased cost of feed for livestock and higher labour costs.

As far as the latter is concerned, Maree says the biggest challenge is around the cost of labour and the availability of skilled labour. “High-tech farming operations need skilled labour which is something South Africa is currently short of,” he reveals, adding that in Mpumalanga, farming operations are battling to retain licensed truck drivers who can get better paid jobs at mining operations in the province.

“Rising input costs, particularly for items such as maize, although good for maize farmers, are very negative for intensive industries like dairies, piggeries and poultry farmers,” says Van Niekerk, adding that while farmers typically absorb these costs there is a point at which this is not sustainable. Once shortages start occurring prices go up which impacts consumers.

A demand for better traceability

Another trend impacting the agricultural food value chain is a demand for better traceability as consumers become more conscious about the origins and safety of the food they consume. “Incidents such as the listerioris outbreak in 2017, regular outbreaks of foot and mouth disease and avian influence have highlighted the need for safe food,” says Maree.

At the same time farmers are increasingly under pressure to not only employ sustainable farming practices but also to take cognisance of other factors of production such as the environment and the wellbeing of farm workers and surrounding communities, adds Van Niekerk.

Policy uncertainty around issues such as labour and land expropriation, amongst others, remains a concern within the agricultural sector.

In 2020 government announced that it would be making 896 farms – currently under-utilised or vacant agricultural state land – available for emerging farmers, as part of the state’s contribution to the land reform programme.

However, as Van Niekerk points out, unless these emerging farmers are granted title deeds and provided with the necessary support, the majority will struggle to develop commercially sustainable operations, leaving them at the mercy of the government’s patronage network.  Maree’s concern is that investor confidence will be negatively impacted if land expropriation without compensation goes ahead.

As South Africa’s population continues to grow, ensuring food security into the future will depend on climate-smart and innovative farming methods that protect natural resources while at the same time produce better yields.