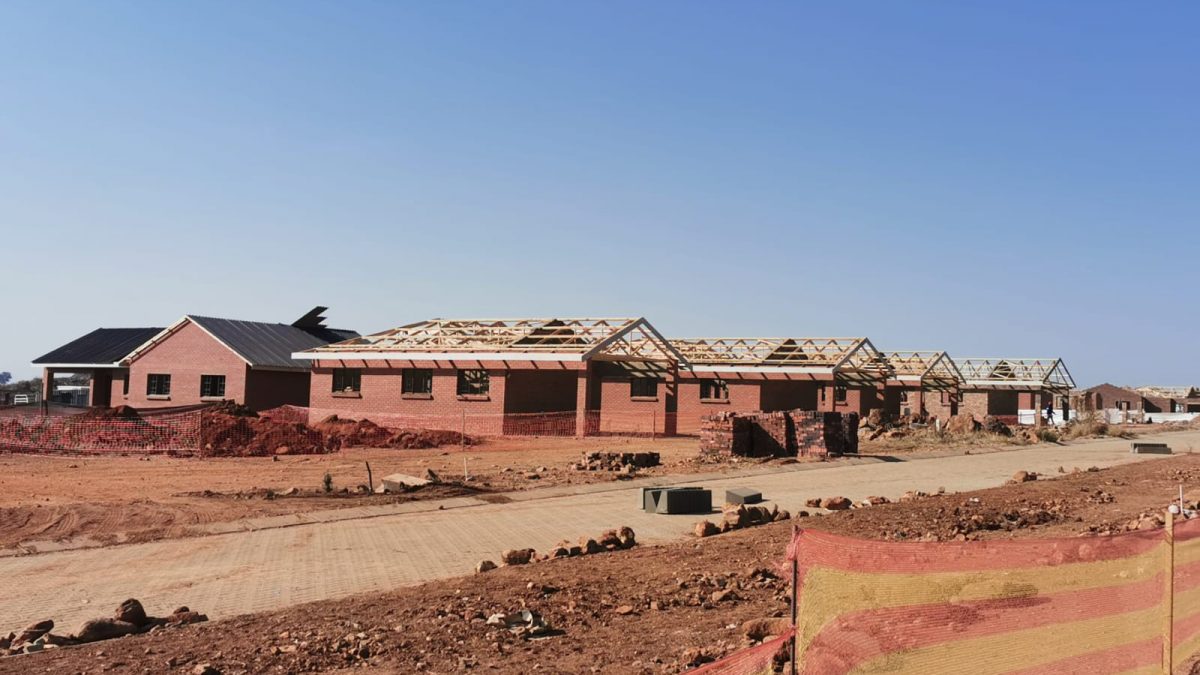 12 September 2020 – The biggest South African coal mining company has successfully resettled a local community at one of its mines in Mpumalanga. Local community members are preparing to move into their new homes as Exxaro’s Leeuwpan mine after an extension project.

Exxaro’s Leeuwpan Lifex project in Delmas, Mpumalanga, was initiated to help the mining company achieve its sustainability goals. Exxaro recently undertook a R500-million extension project at Leeupan that is expected to increase the life of mine by 10 years and provide an additional 4.7 million tonnes a year of mining capacity. The extension, however, affected a farm called Rietkuil, where a small community of 143 people had been living in 20 separate households.

As part of the continued safe operation of the mine, a resettlement project was initiated following extensive consultations with the community. The community members chose to move to Botleng, which is about 15km from Rietkuil.

Exxaro wanted to make it possible for every family unit within a household to own their own house. Thus, the 20 households were given the opportunity to separate into family units (one or two adults with child dependants). This resulted in the 20 households creating 49 new households of various sizes (2–4 bedrooms).

Exxaro bought stands close to each other to ensure that the sense of community among the people of Rietkuil would be carried over to Botleng. The tender process for the construction of the replacement houses took place in 2019. Seventy-five companies submitted an expression of interest. Of the 75 companies, 17 were invited to tender, as they were the only companies that complied with Exxaro’s strict criteria. Delmas construction companies were given first right to bid, in line with Exxaro’s commitment to local economic development.

House agreements were then signed by the various household heads from the original homes and all new homeowners were given the opportunity to participate in the resettlement house design process.

Leeuwpan mine successfully appointed five local companies to construct the houses, and another company to do the earthworks of the resettlement project. All companies were given a mandate to employ local people as well provide training (including certification) and work experience to their employees. Additional opportunities were also provided to several subcontracting companies which included rubble removal, painting, landscaping and fencing that created a further 386 jobs during the project.

Reyakopele Trading is one of the local contracting companies that was appointed to assist with construction. The company is part of the Leeuwpan Exxaro Enterprise Skills Development Programme and Kenneth Mashabela, the owner of Reyakopele Trading, is a true asset to his community.

Reyakopele doesn’t let the fact that he uses a wheelchair stop him from being one of the best performing contractors on this project. He has been in the construction and transportation industry for 15 years and Reyakopele currently employs 41 people from the local community. Delivering the best possible project and building a legacy motivates Kenneth to succeed.

The ongoing coronavirus pandemic has had a severe impact on the South African economy which, in turn, has negatively affected the construction and housing market. The lockdown restrictions put in place to curb the spread of the virus caused economic activities to grind to a halt in many sectors.

The Rietkuil Resettlement Project was also impacted, as construction had to be put on hold.  However, as the Covid-19 regulations on construction projects were lifted, the housing project in Botleng could resume, and everything is now going smoothly. The relocation action plan is expected to be completed by December 2020.

“We are looking forward to completing the construction of the 49 new resettlement houses before the end of the year and welcoming the Rietkuil families to their new homes. To ensure a smooth transition, Exxaro will also be covering the costs of municipal services for these households for five years. We are committed to ensuring that all the families settle well in that five-year period,” says Mangaliso Sethethi, business unit manager at Leeuwpan mine.