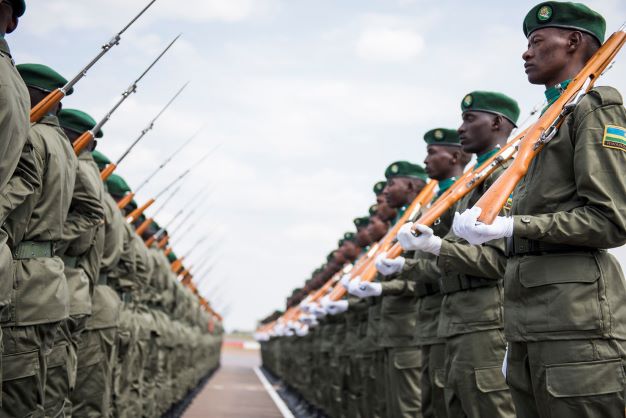 Rwandan soldiers have swept through parts of Cabo Delgado in Mozambique in the fight against insurgents. Image credit: Flickr

04 August 2021 – The 1000 Rwandan troops deployed in Mozambique early in July, have swept rapidly through the Cabo Delgado province and according to reports are making progress in their offensive against Ansar al-Sunna insurgents.

The tide is turning against insurgents in Afungi in the Cabo Delgado province of Mozambique, where French based company TotaEnergies suspended its USD20-billion liquefied natural gas due to an escalation of violence in the area, and a massive attack by insurgence in March 2021.

The Rwandan battalion was the first to arrive in Mozambique ahead of troops from South Africa, Botswana, Zimbabwe, and Angola. They form part of a joint Southern African Development Community (SADC) Standby Force deployed to Mozambique to prop up the Mozambican government’s efforts to combat the rebel fighters.

Despite initial controversy about the involvement of the Rwandan army (Rwanda is not a member of the SADC), their role as enforcers in an aggressive onslaught is clear. However, it has raised some concern about the coordination of the joint operation as soldiers from different countries start landing in Pemba and Palma.

It didn’t take long for Rwandan troops to make a big impact in the northern regions of Mozambique. According to reports in the Cabo Ligado Weekly the Rwandan contingent encountered the enemy on the ground only 11 days after landing in Mozambique.

According to Cabo Ligado Weekly Rwandan soldiers fought insurgent fighters about 20km north of Palma on the 20th of July, and in an exchange of fire reportedly killed close to 30 of them. The publication states that Rwandan troops seem to have “more operational freedom than any previous pro-government force in the Afungi theater.”

However, the Rwandan operations were not limited to Afungi. They reportedly also “undertook an offensive in Muidumbe district, in an attempt to intercept the insurgents who attacked Nampanha, Mandava, and Namande. They appeared to have succeeded, catching a large group of insurgents at Mandela and killing 26 of them.”

Cabo Ligado reported last week that Rwandan troops have taken delivery of additional armoured personnel carriers to break through the Mueda to Mocimboa da Praia road on 25 July 2021, with a partially successful attack on Awasse that resulted in several Rwandan casualties. After that more clashes took place, but the official figure for Rwandan casualties still stands at only one. There is no doubt, however, that the insurgent fighters will come under increased attacks as the rest of the SADC troops arrive this week.

Despite its early successes, the multi-cultured force will present many challenges. According to Adriano Nuvunga, director of the Centre for Democracy and Development in Maputo, he welcomes the arrival of foreign troops, but is worried about the coordination of the operation.

“These are troops from different nations, different cultures and different codes of operation. It’s a challenge for Mozambique to coordinate this. It’s a further militarisation, which can fuel the conflict with consequences for the local communities, for humanitarian situations and abuse of human rights,” says Nuvunga.

Mozambican President Filipe Nyusi said during a speech last week that troops fighting the Islamic State-linked insurgency in its northern province of Cabo Delgado were gaining ground and the enemy was retreating. Nyusi said the insurgency has caused total paralysis in mineral activity, agriculture, and infrastructure development in the region.

According to Zaynab Mohamed, political analyst at South African based NKC African Economics, the Rwandan army’s presence in the province seems to have contributed positively to the fight so far.

“The size of South Africa’s deployment exceeds every other foreign army with boots on the ground in Cabo Delgado, which hints at the country’s intention to dominate the force’s operations. But hopefully competition between the forces will not get in the way of achieving stability in the province, since the insurgency spilling over Mozambique’s borders is a possibility at this point,” says Mohamed.

Mohamed adds that stability cannot be achieved in Cabo Delgado with a mission solely based on military enforcement.

“It is one of the poorest regions in one of the poorest countries and, as we have stressed before, the deployment should be complemented by socioeconomic aid. We do not believe that a sustainable level of stability can be reached until the poor living standards of residents are addressed,” Mohamed adds.