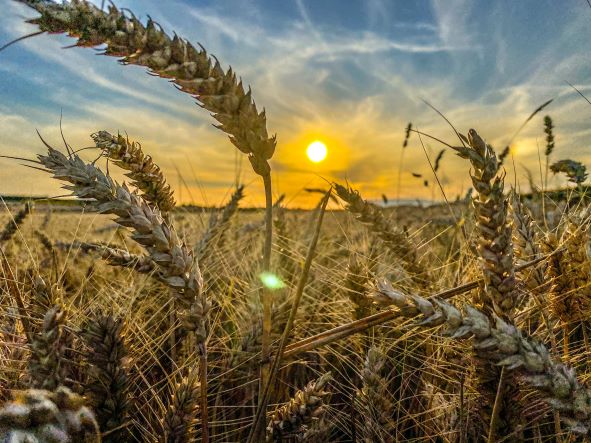 Maize and wheat are some of the major staple foods in South Africa, therefore any disruption in the supplies will be felt by the consumers and all participants in the value chain. Image credit: Tim Matras

The Russia-Ukraine conflict and climate change will have a significant impact on agriculture and food prices in South Africa.

The latest food price monitoring report which the National Agricultural Marketing Council (NAMC) releases on a monthly basis shows that in January 2021 the nominal cost of the NAMC’s 28-item urban food basket amounted to R1 011.54 compared to the R1 001.18 reported in December 2020. This represents a monthly increase of 1.0% and a year-on-year increase of 4.1%.

Looking into specific food groups that contributed to January 2022 food inflation, fats and oils were the highest contributors at 20.2% year-on-year, followed by vegetables (14.2%) and animal protein (10.4%).

With the current climatic and geopolitical tension between Ukraine and Russia, it is expected that local supplies for some of South Africa’s major staple foods such as wheat products may be negatively affected by the ongoing conflict.

Already climatic events such as drought from La Niña affected key global food-producing regions with unintended consequences of lower global carry-over stock into 2021/22 marketing seasons. Based on data from the Food and Agricultural Organisation (FAO) of the United Nations, certain food commodities reached their all-time high in January 2022. Bulk buying from world influential buyers such as China and India appear to be contributing to global food prices as they are trying to increase their stocks reserve and keep local food prices low in light of even tighter food supplies as recently announced by the International Grain Council (IGC) towards the end of February 2022.

Given that South Africa is intertwined with the world market, global market developments emanating from demand and supply of agricultural products are likely to affect local prices. This includes inputs such as high fuel prices, escalating production inputs such as fertilisers and agrochemicals. Such economic events erode the purchasing power of the majority of the population.

For the 2021/22 season, South Africa is estimated to import 1.47 million tons of wheat of which 495 062 tons have been imported so far. The imports originated from Lithuania which accounted for 47%, Poland at 18%, Argentina at 15%, Latvia at 10%, Australia at 8% and the USA at 2%. While South Africa is not necessarily buying wheat from Russia and Ukraine, prices elsewhere are more than likely to increase given Russia and Ukraine are major global players in the wheat market and South Africa had imported around 30% of its wheat from these two countries in recent years.

Furthermore, the current Ukraine-Russia conflict presents a serious threat to South Africa’s winter and summer production for grains like wheat and barley. South Africa imports about 80% of its fertilisers and Russia is amongst the biggest exporter of fertilisers globally. The conflict between these two influential countries from the Black Sea regions has implications not only for the availability of food but also threatens food production as some of the major inputs required to produce are imported from Russia.  With the ongoing conflict, Russia might not be able to continue to export fertilisers globally to logistical challenges inherent in the current war. This may have implications on the global fertiliser market with prices already on record levels. It is also important to note that both countries are major players in oil and gas which are crucial for fertiliser production elsewhere in the world. Russia is estimated to contribute about 10% of the world’s oil gas supplies.

What are the trade implications for South Africa?

South Africa imports primary and secondary (processed) agricultural products from Ukraine and Russia. Between Ukraine and South Africa, cereals and machinery equipment dominate products traded. In 2020, South Africa’s total imports amounted to R555-million when compared to R766-million for 2019, this represented a decrease of 27.6%. Cereals constituted 42.3% followed by machinery at 11.7% and milled products such as malt and wheat gluten at 7.8%.

Exports from South Africa to Ukraine are limited and constitute about R298-million in 2020. This value decreased by R285-million (48.9%) from R584 million recorded at the end of 2019.  The major export products were edible fruit, nuts, and citrus products constituting 45.8%. In 2018, South Africa exported about R1-billion worth of goods, mainly ore which constituted at least 70% to Ukraine (Source: International Trade Centre 2022).

South Africa is intertwined with the world market, hence global developments happening in Russia and Ukraine are likely to affect local prices. Maize and wheat are some of the major staple foods in South Africa, therefore any disruption in the supplies will be felt by the consumers and all participants in the value chain. Unfortunately, the solution or efforts to mitigate the imminent threat of constrained food supplies will take a multilateral approach which may involve coordination efforts in various ports as well as necessary financial support for the affected countries

What does it mean to South African consumers and farmers?

South Africans are already experiencing increasing food prices for most staple foods such as maize, wheat and animal proteins. The current situation between Russia and Ukraine is most likely going to have an impact on the cost of the production and distribution of food and ultimately on the end-user (consumers). This is eminent for wheat products such as bread, vegetable oils which will affect products such as cooking and animal products, especially poultry and pork as they are heavy consumers for vegetable oils/protein meal products.

As already alluded above, Russia/Ukraine conflict is likely to cause trade tension in the black-sea corridor which will constrain the supply and availability of fertilisers in South Africa. This will affect all farmers as they rely on imported fertilisers to produce commodities including pastures for livestock. The impact of fertiliser and fuel price hikes will be transmitted to food retail prices, thus impacting consumer prices in the short term. According to the latest NAMC Supply-Demand Estimate report, the country has a wheat reserve that can last 67 days after imports as mentioned above and maize reserves that amount to 88 days. This is sufficient time to ensure South Africa identifies alternative suppliers should the conflict in Russia/Ukraine persist longer. 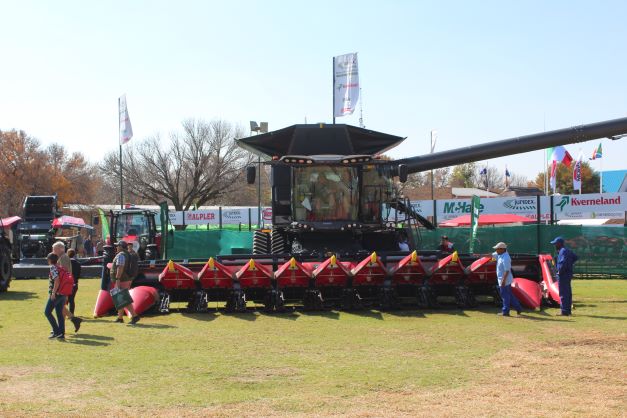