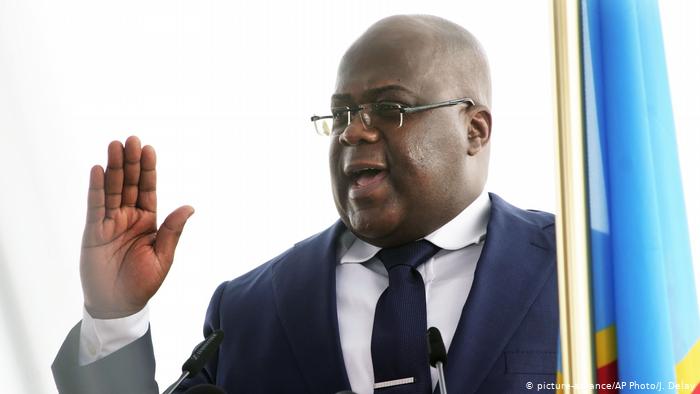 President Félix Tshisekedi has been under enormous pressure since his inauguration as president of the country, mainly because of his cordial relationship with previous president Joseph Kabila. Kabila remains involved in the politics of the DRC and will play a key role in how the political winds blow in the next few years. Image credit: Dw.com

The outlook for growth in the Democratic Republic of the Congo (DRC) does not look great in the short term, however, depending on how the political winds blow, economist expect an upturn in two to three years, driven primarily by the mining industry.

Global credit agency S &P Global Ratings expects the DRC’s economy to contract by 2.6% in 2020. According to S&P, lower external demand, a slowdown in economic activity, and supply chain disruptions are the main drivers of the recession. However, S&P forecasts that the DRC should post relatively robust economic growth over the next few years once the worst of Covid-19 has abated.

A rise in mining production and the implementation of several reforms – supported by foreign partners – are expected to support economic diversification and address structural vulnerabilities, which will, in turn, lead to a broad-based rise in growth. Downside risks to S&P’s outlook include the country’s fragile political environment and the ongoing hurdles facing policymaking. Moreover, S&P noted that the outbreak of additional infectious diseases and a further deterioration in the country’s security situation could weigh on the DRC’s prospects. The DRC has seen Ebola resurface several times in the eastern parts of the country, while the security situation has been deteriorating in South Kivu. Meanwhile, the political climate is heating up as resistance to President Félix Tshisekedi continues growing.

According to S&P, nonetheless, the DRC’s rating could rise (improve) going forward if the government secures financial support from foreign partners and continues to make payments on commercial debt. Conversely, the DRC’s rating could decline (deteriorate) if the country’s fiscal position weakens further or if its level of foreign reserves falls below the agency’s projection.

According to Shani Smit, an analyst at NKC Research, the DRC’s economy is still, to a large extent, dependent om the extractive sector, and a slump in global commodity prices, together with the adverse economic impact of Covid-19, is expected to weigh heavily on the economy this year. “The DRC remains to be weighed down by poor governance, a weakening exchange rate, dwindling levels of foreign reserves, and widening twin deficits. While the DRC has already received a substantial amount of financial aid, the country still requires additional funding to stay afloat during the crisis,” says Smit.