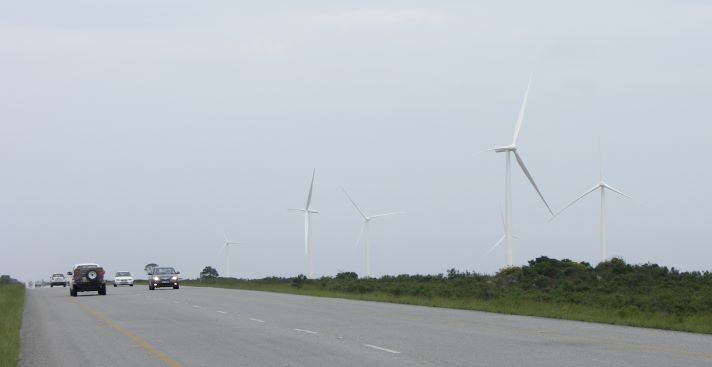 A number of roads are being upgraded in and around the town of Jeffreys Bay in the Eastern Cape province of South Africa. Image credit: Wikimedia Commons

A project to upgrade the road infrastructure in the Kouga Local Municipality of the Eastern Cape province in South Africa got underway recently.

The Kouga Local Municipality has embarked on a project to reconstruct and resurface 27 priority gravel roads in nine towns that fall under its jurisdiction.

The roads earmarked for upgrading serve as critical connections to clinics, hospitals, and schools. They lack stormwater systems, are severely eroded and, therefore, pose a major inconvenience and safety risk to users.

An additional 41 less critical gravel roads in the municipal jurisdiction were identified, investigated, surveyed, and designed. These roads will be reconstructed and surfaced as part of the second phase of the project, depending on whether the municipality can secure funding for Phase 2.

The road upgrade project marks an important recovery for the municipality which was previously on the verge of collapse due to financial constraints.

As a result, the municipality was unable to undertake large capital projects for many years. “The reconstruction and resurfacing of these roads are the first significant capital project, which invests in road construction to be undertaken Kouga Local Municipality during the past 20-years. These projects bear testament to the efficiency of the strategy that has been devised by the current administration to rehabilitate the municipality’s road networks.

The municipality has secured sufficient funding to undertake this important project. I am, therefore, certain that Kouga Local Municipality will be able to finance the reconstruction and resurfacing of the remaining roads in due course as it continues on its path of good service delivery,” says Stephan Schutte, a Senior Engineer in JG Afrika’s Roads and Municipal Infrastructure Division.

Schutte has been involved in the project since February 2021 when JG Afrika undertook the initial work, including the geotechnical investigations; evaluation of the condition of the infrastructure; as well as soil analysis and materials testing for all 68 gravel roads that need to be upgraded in the various towns.

The highest standards were maintained throughout, and the firm completed the engineering investigations and detailed engineering shortly thereafter. In May 2021, the works programme for the first 27 gravel roads went out to tender in an open and transparent process.

Scribante Construction was awarded the R32,35-million (inclusive of VAT) contract and the construction company mobilised to site to commence working on the two-year-long project in August 2021.

All of the gravel roads that are being reconstructed and resurfaced during this phase of the project are located in Humansdorp, Jeffreys Bay and Thornhill. Together, they total more than 13km of road construction.

In Thornhill, two gravel ring roads were identified to be reconstructed and resurfaced. They include Aweries Street and Jantjes Street, as well as four circle loop-roads, totalling more than a kilometre of road construction.

Scribante Construction has made significant progress on the project thus far. The contractor had already completed the first road by the middle of November. Schutte is confident that the professional team will be able to finalise the works programme by the contract completion date of 17 August 2023.

“Scribante Construction is a very competent and capable contractor with a solid track record in road construction, especially in the Eastern Cape. The workmanship of the construction company, including that of Scribante Asphalt and the asphalt that the company produces at its mobile plant, is of a very high quality,” he says.

The biggest challenges the professional team faces on this project are hidden services. Thus far, the contractor has encountered shallow fibre cables and shallow water crossings located about 300mm below the existing road surface.

Before the contractor excavates the box cut, a hand-labour team digs to locate hidden services in the sections of roads that are being reconstructed and resurfaced. On site decisions are then made as to best address the services encountered.

At Koerat Street, for example, a shallow 200mm diameter AC water pipeline was located by the contractor before it commenced excavating the box cut. Because the mainline does not have isolation valves, the pipeline cannot be relocated without disrupting water supply in Humansdorp for a protracted period. This may not be an option and the road alignment will, therefore, have to be slightly moved to accommodate the existing pipeline.

Despite being municipal roads that cater to lower traffic volumes, they have been designed to highest applicable quality standards and will provide a service life of 20 years if appropriately maintained.

All of the roads will also receive stormwater drainage systems to manage stormwater runoff, as well as curbs and sidewalks at selected roads, to improve safety for pedestrians and road users. Intersections are also being upgraded with signage and road markings to further improve safety.

Moreover, roads in front of schools will receive additional parking and taxi bays, as well as speed humps to regulate speeding, and improve traffic calming and road safety. These interventions have already been implemented in front of the St Patrick’S Primary School in Koerat Street.

The project will also benefit many poor communities located within the vast construction footprint. Moving forward, more opportunities will be created for small, medium and micro-enterprises (SMMEs) to work alongside the principal contractor. They have been tasked with the less onerous aspects of the works programme, such as the construction of the sidewalks and V-drains, as well as the installation of curbs. Moreover, many members of communities will be employed to work on the project and receive construction training in line with the objectives of the Expanded Public Works Programme.

Schutte says that he is privileged to be part of a project that will improve the lives of many people during and after construction. “As the project gains momentum and we start working at various roads simultaneously, constituents will begin to see the significant improvements to infrastructure that are being undertaken by the Kouga Local Municipality. This will help restore their confidence in the municipality and its pledge to improve service delivery to all of it constituents,” he concludes. 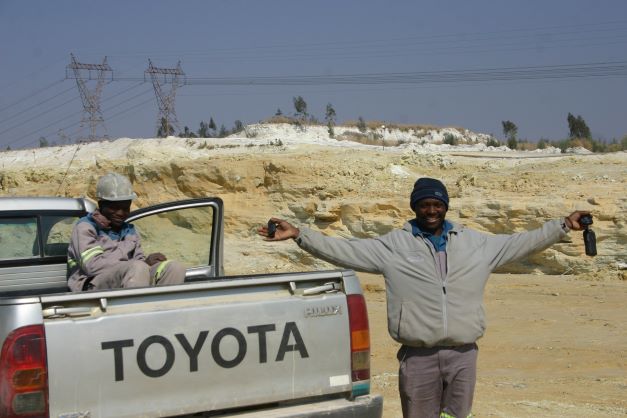 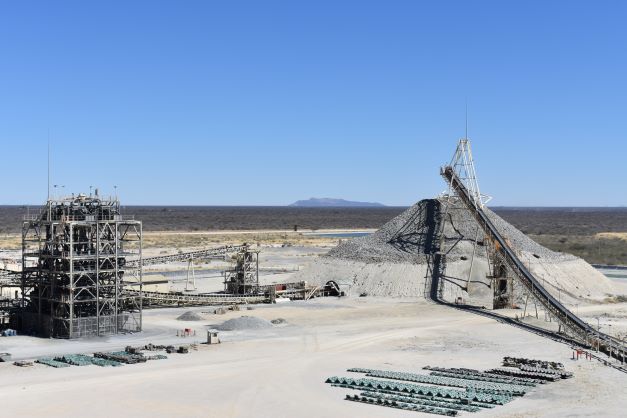