Risks to operate in Mali high after military coups 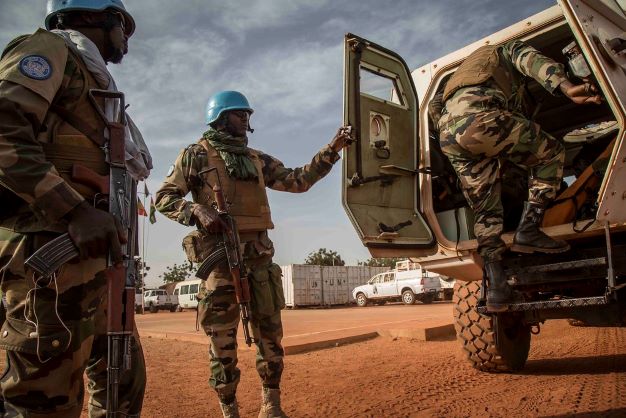 Peacekeepers in Mali are finding it increasingly difficult to protect civilians from attacks. Image credit: Flickr.

11 July 2021 – The risks of operating in Mali are significantly higher this year than in 2020 after two military coups took place in the West African country within nine months.

It has become increasingly risky to operate in Mali as security agencies and international peacekeepers struggle to protect civilians.

According to the United Nations (UN) High Commissioner for Human Rights Michelle Bachelet, repeated attacks over the past six months by groups such as the Jama’at Nusrat al-Islam wal Muslimin (JNIM) and the Islamic State in the Greater Sahara (ISGS), as well as inter-communal violence, have resulted in numerous casualties. Bachelet  says that there has also been a sharp increase in violations committed by national forces.

Bachelet cited data from the UN mission in Mali, MINUSMA, which showed that more than 617 rights abuses by armed groups were recorded from January 2021 to June 2021, close to a 40% increase from August to December 2020.

Mali had two military coups over the past nine months, which have clouded efforts to restore an elected democratic government. Transitional authorities, meanwhile, have pledged to hold elections in February 2022.

According to Bachelet, there has been a steep rise in abductions, largely at the hands of community-based armed groups and militias in the central region, such as the Da Na Ambassagou militia, but also by armed groups such as JNIM.

MINUSMA has documented at least 328 abductions during the first half of this year, which is significantly more than the 187 cases in 2020 and four-fold increase over 2019.

The UN mission has recorded a sharp rise in violations by state actors during the same period. Some 213 incidents were recorded, compared to 53 between August and December 2020.

Most, or 155, were carried out by the Malian Defence and Security Forces (MDSF), including extrajudicial, summary, or arbitrary executions of 44 civilians.

Meanwhile, Canadian company B2Gold, who operates the Fekola gold mine in Mali, says Fekola has not been affected and continues to produce gold as normal.

However, the company’s Menankoto exploration projects about 20km away from Fekola, is in jeopardy as the government of Mali refused to renew B2Gold’s exploration permit. As a result, B2Gold’s Malian subsidiary Menankoto has formally commenced international arbitration proceedings against the Republic of Mali.

The Menankoto exploration permit forms part of the Anaconda area, 20 kilometres north of the Fekola Mine license area.

According to a statement by B2Gold, the application to renew the permit was refused on the basis that, according to the Malian authorities, the 2019 Malian Mining Code now applied to the Menankoto permit.

Menankoto was advised in early March 2021 that the new permit would not be granted, and subsequently advised that a third party had been granted a new exploration permit covering the perimeter of the Menankoto permit. Menankoto formally notified the Malian Government of the dispute on 15 March 2021, as required under the convention, including the company’s intention to exercise all available legal rights to correct the improper issuance of a permit covering the Menankoto Permit area to a third party.

On 21 May 2021, B2Gold was advised that the then current Malian Prime Minister had withdrawn the Menankoto exploration permit decree issued to the third party, resulting in the Menankoto permit once again being available for issuance.

B2Gold welcomed this decision which was consistent with the rule of law. On 31 May 2021, based on the guidance from the Mines and Geology National Directory, Menankoto submitted a reiteration of its original Menankoto permit application, without prejudice to the original application.

However, on 18 June 2021, Menankoto received a letter from the Ministry of Mines, Energy and Water incorrectly rejecting the application due to the fact that the application had been the subject of a court decision against Menankoto.

The emergency injunction was not granted by the Malian Supreme Court, but no ruling was made on the substantive merits of the action or the second proceeding.

Fekola, meanwhile, has not included the Mineral Resources from the Anaconda area (comprised of the Menankoto permit and the Bantako North permit) in the current life of mine plan.

B2Gold has conducted extensive exploration on the Menankoto deposit part of the Anaconda Area) for the past seven years, with a considerable investment to date of approximately USD27-million,

B2Gold is one of the largest Canadian investors in Mali and the Fekola Mine is a flagship investment in the country’s mining sector. Since the Fekola mine commenced production in 2017, it has generated approximately USD580-million in revenues for the State of Mali.