Renewed hope but Mozambique not out of the woods 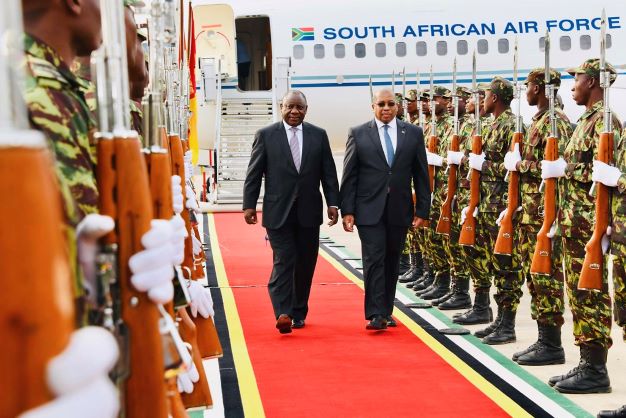 Renewed hope, but Mozambique not out of the woods

Caution is needed before returning to Mozambique, although the security situation has improved markedly since Rwandan, Mozambican and SADC soldiers were deployed in the Cabo Delgado province last year.

According to the United Nations a proper damage assessment of the region is still underway, while security experts warn that it is not yet clear if the joint forces had quenched all the fires.

There are still reports of isolated attacks on local villagers in the far north of Mozambique, who have slowly returned to their homesteads after the joint forces had swept through the most affected areas over the last few months.

However, it is not yet clear if the capacity of the insurgency groups has been reduced and civil authorities have not yet been re-established across the region. “There is still uncertainty about what is happening on the insurgent side”, the UN said in a statement late last year. The UN noted that the rebels are leaving behind destroyed areas. “Recently retaken towns have suffered large-scale destruction, as seen in Mocímboa da Praia,” the UN stated.

The UN initiated a security assessment last year to understand whether humanitarian and development actors will be able to access these areas soon.

Pouyanne was upbeat about the situation and said last week that TotalEnergies aims to restart their USD20-billion liquefied natural gas (LNG) project by the end of this year.

The attack on the town of Palma, near Afungi in Cabo Delgado where the company is developing the project, prompted TotalEnergies to withdraw and declare force majeure.

According to a report by Reuters last week, Pouyanne said that when normal life and state services return, the project can restart.

“The government has made a lot of progress in a very short period of time,” Pouyanne told reporters, after signing a deal to train 2500 young Mozambicans in a way that will help them contribute to the project, such as growing vegetables which they can then sell to feed workers on the project.

President Ramaphosa’s visit on Thursday last week, and that of Tanzanian President Samia Suluhu Hassan the week before, is in support of Mozambique’s effort to reassure neighbours and investors that the Islamist insurgency is under control.

South Africa deployed 1 500 troops to shore up Mozambican forces in the north. Ramaphosa’s show of solidarity in the Cabo Delgado town of Mueda came on Heroes’ Day, when Mozambique commemorates soldiers who died in the war of independence from Portugal.

“This year, we mark this occasion during a challenging struggle against terrorism,” Mozambican President Filipe Nyusi said.

“Our finest sons are battling … alongside the sons of SADC and Rwanda, who are giving their lives to ensure the integrity of our nation and bring peace,” he said. Ramaphosa said little about the conflict.

“We must strengthen our partnership to pursue our common objectives, which are the promotion of peace and security, sustainable economic development as well as regional and continental integration,” he said. Last week Rwandan forces allowed journalists a rare visit, to see how life is slowly returning to some of the hardest-hit areas.

Meanwhile the World Food Program (WFP) has resumed the delivery of full humanitarian food assistance to host families and displaced persons in Cabo Delgado. According to the Famine Early Warning Systems Network (FEWS network), which is part of the WFP, full rations are expected to be distributed from January to March 2022. In January, the WFP assisted close to 980 000 people in the Cabo Delgado, Nampula and Niassa provinces.

The WFP said in a statement that the joint military intervention by Mozambique, Rwanda and countries of the Southern African Development Community (SADC) is eliminating the armed insurgency and restoring security to the province, but that sporadic attacks by scattered groups of insurgents are reigniting fear among the population.

Despite a renewed optimism, extreme caution is needed before the area can be considered as safe. As the insurgents flee, the danger of attacks in other regions and countries like Tanzania becomes more likely, security experts monitoring the conflict have warned. According to the FEWS network, a new area of food ‘stress’ has emerged in Mecula, in Niassa province, due to attacks that forced the flight of 3700 inhabitants, and which authorities have attributed to insurgents fleeing Cabo Delgado.

WhyAfrica provides you with business intelligence that matters. Africa is our business, and we want it to be yours too. To subscribe to WhyAfrica’s free newsletter or digital magazine, and for more news on Africa, visit the website at www.whyafrica.co.za or send a direct message. WhyAfrica launched its first ever digital magazine in November 2021. The company will undertake a road trip in June and July 2022. If you are interested in sponsorship or advertising opportunities, please contact me at leon@whyafrica.co.za. We have a wide range of different packages and combo deals to give your company the greatest exposure to a rapidly growing, African readership.