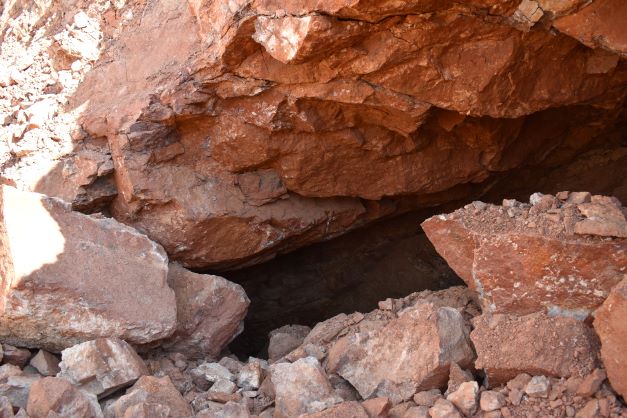 There are several old mine workings that can be remined. Image credit: WhyAfrica

Due to the grade distribution, in especially reef hosted mineral deposits, optimised stoping heights were determined, to minimise the mining of material that were below the historic cut-off grade or material that could potentially be considered waste. This resulted in mineralised reef material remaining in the hanging wall and footwall after mining of the area was completed. Most of the sites were barred off, to prevent access either accidentally or by illegal miners.

Advances in metallurgical processes now allow lower grade material to be economically processed. This ranges from finer grinding of material to better extractive wet or fire methods to recover metals or minerals. This has resulted in a number of historic mines or historic stopes in active mines to be re-evaluated for re-mining. This also has the potential of extending the life-of-mine and to meet ESG compliance goals.

The process involves evaluating the adjusted stress regime of the historic workings, potential of fall of ground, rock closure or rock blasts. South Africa has the unique challenge of illegal miners or zama-zamas are they are more commonly referred to, that needs to be taken into consideration when re-opening old stopes. Based on the findings of the geotechnical and rock engineering studies, it can be considered to either mine pillars, partially mine pillars, or rip the hanging wall and/or footwall.

The feasibility studies of these re-mining operations entail a mix of engineering and geometallurgical studies. As mining operations are usually focussed on production, it is advisable to utilise the services of small, agile consultancy firms that can perform these studies on behalf of the client and manage the project on behalf of the client until it reaches the execution phase.

Taking into consideration the number of mines that have been in operation for several decades, just in South Africa, the potential of increasing the mineable resources and reserves is an attractive prospect.