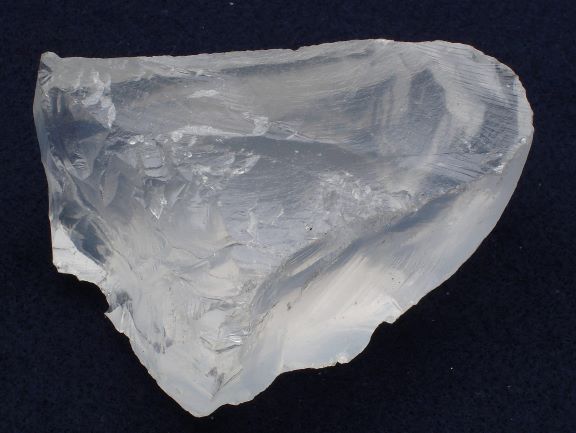 This is a significant milestone for the Perth-based company on the path to full scale development of Arcadia and commercial production. Yesterday, Prospect Resources successfully delivered a ceremonial sample of product from the Arcadia Pilot Plant to offtake partner and shareholder, Sinomine Resources.

The delivery was made on-site at a ceremony hosted by the Minister of State for Mashonaland East, Aplonia Munzverengwi with the Minister of Mines and Mining Development, Winston Chitando, as the guest of honour.

According to Sam Hosack, Managing Director of Prospect Resources, the achievement demonstrates the company’s ability to successfully deliver the pilot plant project by producing petalite in Zimbabwe.

He says that the close proximity of the Arcadia Project to the country’s capital, Harare, provides significant advantages, which have already been utilised to successfully execute on the Pilot Plant project through development and into production.

“The continued support from Minister Chitando, has enabled us to achieve this important milestone on the path to full scale development of Arcadia and commercial production.

“We are a team made up of Zimbabweans, with a deep determination to get Arcadia funded and operational,” says Hosack.

A Special Economic Zone license, and the close integration and alignment with the Zimbabwe Investment and Development Agency (ZIDA) has been critical to the success of Prospect Resources’ Arcadia plant, which will make a material difference in the company’s ability to fund the Arcadia Project.

“With the Arcadia pilot plant in production, the team is now focused on generating high purity on specification technical grade petalite to showcase Arcadia’s petalite to the largest customers in the global glass and ceramics markets.

“The petalite produced in operation will be independently assayed for quality assurance. The final qualification gate we are set to pass through should deliver customers confidence that Arcadia can deliver a high quality, long life raw material source for both petalite and spodumene supply chains,” says Hosack.

Prospect plans to produce, and then ship sizeable volumes of technical grade petalite product to both Sibelco and Sinomine for on-delivery to customers across Europe and Asia.

Arcadia’s petalite will be utilised by customers in their respective production runs to provide product qualification processes through the second half of 2021.

Whilst petalite samples are being produced from the pilot plant, additional Arcadia spodumene samples being prepared by a third-party lab, Geolabs, are nearing completion.

The production of spodumene is not required from a pilot plant stage as the Definitive Feasibility Study flowsheet is standard and fully de-risked for spodumene production.

Hosack says that Prospect is progressing engagement with a range of strategic groups from across Japan, China and Europe who have an interest in securing spodumene offtake and assisting with development of the Arcadia Project.

Since acquiring the project in mid-2016, Prospect has progressed the project from discovery to the most advanced African lithium project.