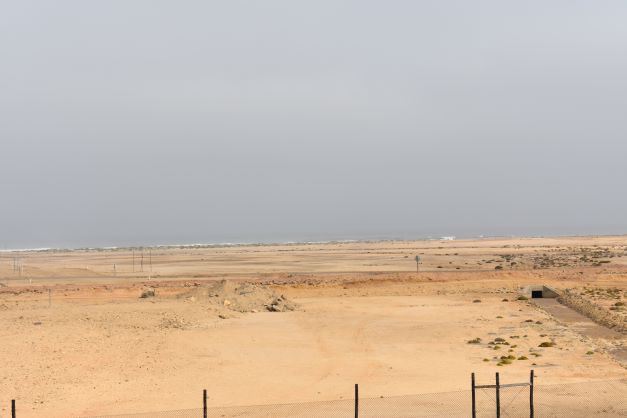 The Erongo Region in Namibia has become known for its prolific uranium deposits. Image credit: Leon Louw for WhyAfrica

It is early days yet but Australian listed Elevate Uranium’s results from the resource definition drilling program at their Koppies project in the Erongo Region of Namibia looks promising, writes Leon Louw owner and editor of WhyAfrica.

Uranium mining is second nature to Namibians, and names like Rössing; Langer Heinrich, Swakop Uranium and Trekkopje rolls easily of the tongue if you are an inhabitant of this spectacular desert land.

Uranium mining is of great importance to Namibia’s national economy. In 2020, the country produced 11% of the world’s uranium, which makes it the fourth largest producer worldwide, a short head behind Kazakhstan, Canada and Australia.

Uranium is one of five mineral resources that were declared strategic by the Namibian government in 2011.

Namibia has become a hotspot in Southern Africa, and although the government still needs to confirm results, a recent oil and gas discovery offshore Namibia by international giant Shell has made headlines, as Namibia grows into its role as a top African country to do business in.

In addition to uranium, oil and gas, exciting gold, copper, and battery metal mining projects are underway in the hinterland savannas of the Namib desert. With constrained global uranium supply there is a lot of room for the uranium price to knock the lights out in 2022. Elevate Uranium has entered the fray at the right time and at the right place.

“The drilling has produced excellent results and we look forward to reporting a maiden resource estimate, expected to be completed in the March quarter of 2022. We continue to be excited about further extensions to the Koppies palaeochannels and potential for additional mineralisation,” says Hill.

The Koppies drilling program was designed to define, at a nominal hole spacing of 100 m x 100 m, uranium mineralisation previously discovered by Elevate Uranium. Drilling with a reverse circulation rig operated by RC Drilling Namibia concluded in December 2021. In this latest program, 111 holes for 935m were completed at Koppies I and 447 holes for 3,766 m at Koppies II. Including the discovery drill holes, the aggregate number of holes drilled at Koppies I is 129 (1,153 m) and Koppies II 523 (4,590 m).

The Koppies I and Koppies II deposits are contained within the same palaeochannel system as Deep Yellow’s Tumas 1 East deposit. ASX listed Deep Yellow and Bannerman Energy’s Etango project is two other uranium projects in Namibia that has recently produced exceptional results.

According to Hill considerable exploration potential remains at the Koppies tenement, and it is planned to explore the prospective parts of the tenement with frequency-domain electromagnetic ground surveys and additional drilling in 2022.

WhyAfrica announced last week that they will embark on a road trip through South Africa, Namibia, Zambia and Botswana in June and July this year. Considerable time will be spent visiting and reporting about developments in Namibia and the situation on the ground. The uranium sector will of course be in the spotlight when the team reaches Swakopmund and Walvis Bay on the coast of Namibia. If you have a project in Namibia, or you are a supplier or service provider in the mining, energy, agricultural, water, civil engineering, construction, conservation and tourism sectors with an interest in these countries, and especially in Namibia, contact us for more information or follow WhyAfrica’s social media pages and subscribe to our newsletters and magazines. We will announce more details about the road trip in due course, so keep on following and reading our updates.