Progress in CAR but challenges remain. 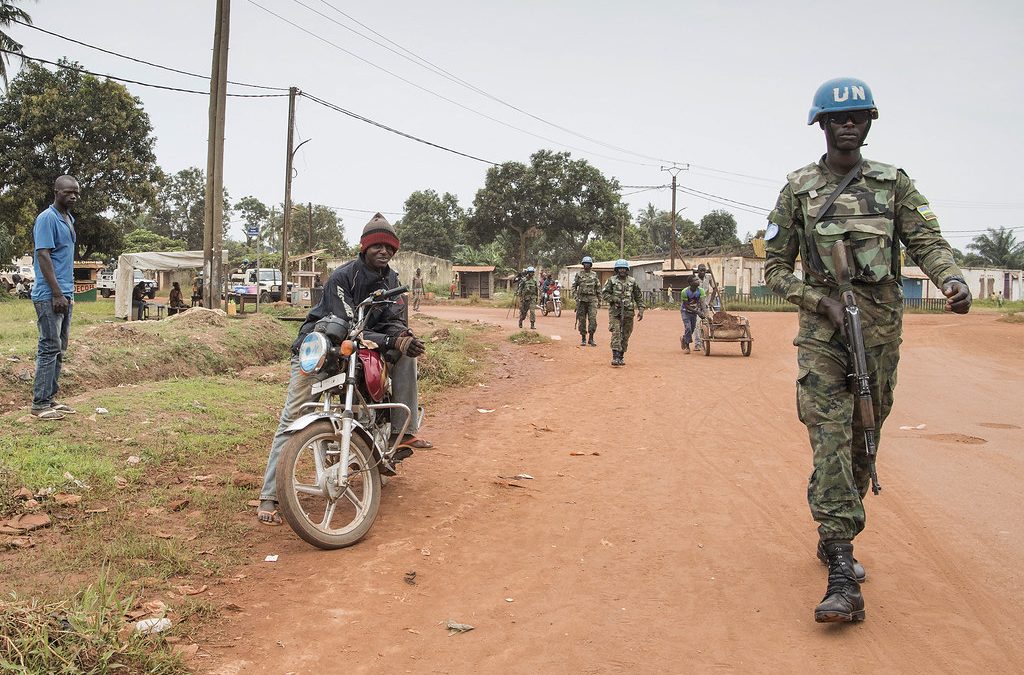 03 March 2021 – The security situation in the Central African Republic (CAR) has improved somewhat, but the country is still regarded as volatile and on high alert after recent presidential elections and attacks by armed groups. According to reports by the UN, there is progress in CAR, but challenges remain.

According to Jean-Pierre Lacroix, the UN Under-Secretary-General for Peace Operations, the CAR continues to be plagued by violence and volatility, despite a successful presidential election and other noteworthy progress.

Lacroix praised the peacekeeping mission in the country, MINUSCA, in providing security to thousands of internally displaced, helping to safeguard democratic order and protecting civilians “in the face of persisting attempts by the armed group coalition to asphyxiate the country”.

However, notwithstanding these “outstanding efforts”, he upheld: “The situation remains very volatile”.

At the same time, insecurity has blocked the passage of more than a thousand trucks carrying lifesaving supplies, food and medical necessities, to fight the COVID-19 pandemic.

Lacroix says that the CAR is now the most dangerous place for humanitarian work and it accounted for over 46 per cent of worldwide incidents registered by international non-governmental organisations last month.

However, there is hope. In a major achievement, the country is on track to successfully conclude a democratic transfer of power within the constitutional timeline. Two years since its signing, the Political Agreement remains the only viable framework for peace.

“It is now essential that these democratic gains are preserved by completing the electoral process and advancing a peaceful resolution to the crisis,” says Lacroix. To heal the national trauma requires inclusive and meaningful dialogue without delay. The international community needs to support national efforts by promoting cooperation and coherence in the peace process,” says Lacroix.

Lacroix says that the main guarantor of security for the civilian population”, MINUSCA is addressing the volatile situation and responding to increased protection needs.

However, warning that the mission is being overstretched, he recommended the addition of 2750 military and 940 police personnel to “strengthen MINUSCA’s ability to implement its priority mandated tasks…namely, to protect civilians, create the conditions for progress in the political process, and to facilitate the safe delivery of humanitarian assistance”.

Against the backdrop of seven peacekeepers killed in hostile attacks during electoral violence and two others in the line of duty during the same period, Lacroix upheld that an augmentation would also contribute to safeguarding UN staff. A reinforcement would address increased needs, as well as the existing capacity of MINUSCA.

Lacroix paints a picture of rising human rights violations, increased civilian abductions and killings. Attacks against humanitarian workers, extrajudicial executions and conflict-related sexual violence are also on the rise, and he said that advancing peaceful dialogue must be coupled with fighting impunity, including for grave crimes committed in the electoral period.

“This will require a commitment by national authorities to pursue accountability for violations by State and non-State actors, while safeguarding human rights and preserving and expanding civic space”, he says. During this time it is important to review and adjust security needs with a view to re-establishing operational readiness for national defence and internal security forces.

Meanwhile, Rita Laranjinha, Managing Director for the European External Action Service in Africa, says she supports all efforts to end impunity for rights abuses, as a key component of reconciliation and a sign of respect to and justice for victims and their families.

According to Laranjinha, official corruption needs to end and she urged prompt attention to the “disinformation” and hate speech that endanger peacekeepers and undermine trust in governance.

Kessy Martine Ekomo-Soignet, Director of youth-led peacebuilding organisation URU, spoke of a climate of “fear” that permeates much of CAR society, but maintained that the cry for peace was still being heard, loud and clear.

“Our hopes are stronger than our fears”, she said, calling for redoubled efforts to “silence the guns” and honour the dreams of communities for peace.