Pick of the week is the Kayelekera uranium project in Malawi 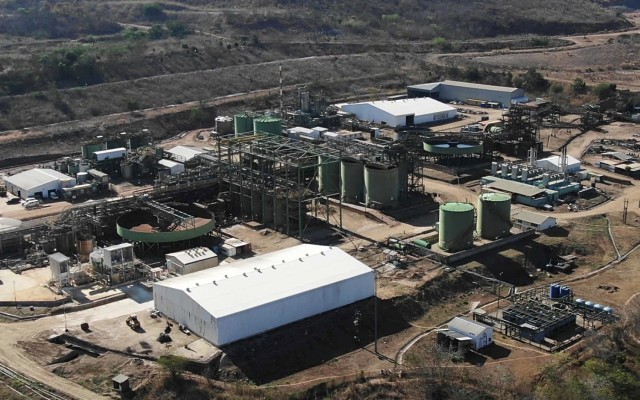 07 November 2020 – With the spot price of uranium rising by 36% since the start of 2020, my pick of the week is ASX listed Lotus Resources’ Kayelekera uranium project in Malawi

While Covid-19 disruptions are still muddling the markets, uranium is sitting pretty. Even though the spot price has dropped a tad from its high of USD34/lb earlier this year, Rick Rule, president, and CEO of Sprott US Holdings, believes the price will rise even further. According to an article by Mike Williams for Value the Markets, the optimistic outlook for uranium is based largely on shorter-term concerns over Covid-19, supply cutbacks, more favourable supply and demand fundamentals and ongoing uncertainty related to US uranium policy, especially with Joe Biden in office (at the time of writing the result was still hanging in the air, although predictions were that Biden would prevail). “There is now an industry consensus that the demand picture has improved significantly in recent years while more supply constraint is taking place by producers,” writes Williams.

Globally, there are 55 nuclear reactors under construction. According to the World Nuclear Association’s Nuclear Fuel Report there will be a 26% increase in uranium demand over the next ten years. Meanwhile, on the supply side, the world’s largest and lowest cost uranium producer, Kazatomprom (the national operator of Kazakhstan), has curtailed production by 20% until 2021. Williams notes that another major uranium producer, Cameco of Canada, has closed its flagship McArthur River operation until market conditions improve, Rio Tinto is expected to exit the market following the sale of its Rössing operation in Namibia, and is slowly winding down its Ranger operation in Australia, and in Niger the Cominak mine will cease operation in March 2021 due to depletion of ore.

All these unexpected events could play into the court of Lotus Resources, an Australian company resuscitating a mothballed uranium mine in the reasonably low-risk, less known mining jurisdiction of Malawi. A recent scoping study into restarting the Kayelekera uranium project has confirmed that the project could be one of the first to restart production to meet the impending uranium supply shortfall a mentioned above.

Kayelekera is a 157km2 tenement package which hosts a high-grade resource with an existing open pit mine and demonstrated excellent metallurgical recoveries. The site is in northern Malawi, 52km west (by road) of the provincial town of Karonga and 12km south of the main road that connects Karonga with the township of Chitipa to the west.

Kayelekera was officially opened in April 2009 and produced 10.9 million pounds (Mlb) of uranium between 2007 and 2014. The mine was put in care and maintenance in 2014 due to the sustained low uranium spot price and to preserve resource and shareholder value.

Lotus’ scoping estimates that the restart project would cost about USD50-million, given the existing infrastructure at Kayelekera, which includes a 1.4-million-tonne-a-year processing facility, an on-site acid plant and accommodation plant.

According to Lotus MD Eduard Smirnov, the company has defined an exploration strategy focused on extending the mine life and replacing the stockpiled material with higher-grade ore, earlier in the project life.

“Kayelekera’s existing infrastructure and mineral resources gives Lotus a significant advantage, providing for a low restart capital expenditure and significant long-term production. The estimated C1 cash cost is on par with current term price indicators, which have been trending upwards in recent years, reaching USD33/lb in 2020. Our pathway to production is evolving at an opportune time. The nuclear fuel industry started this decade with a growing supply deficit, fast declining utility coverage rates and no time to permit and build new mines. Lotus is well positioned to move quickly, developing Kayelekera’s restart plans while marketing our product across the globe. We have commenced discussions with nuclear power plant operators in North America, Asia and Europe, re-introducing the project and updating them about our restart and baseload contracting strategy,” says Smirnov.