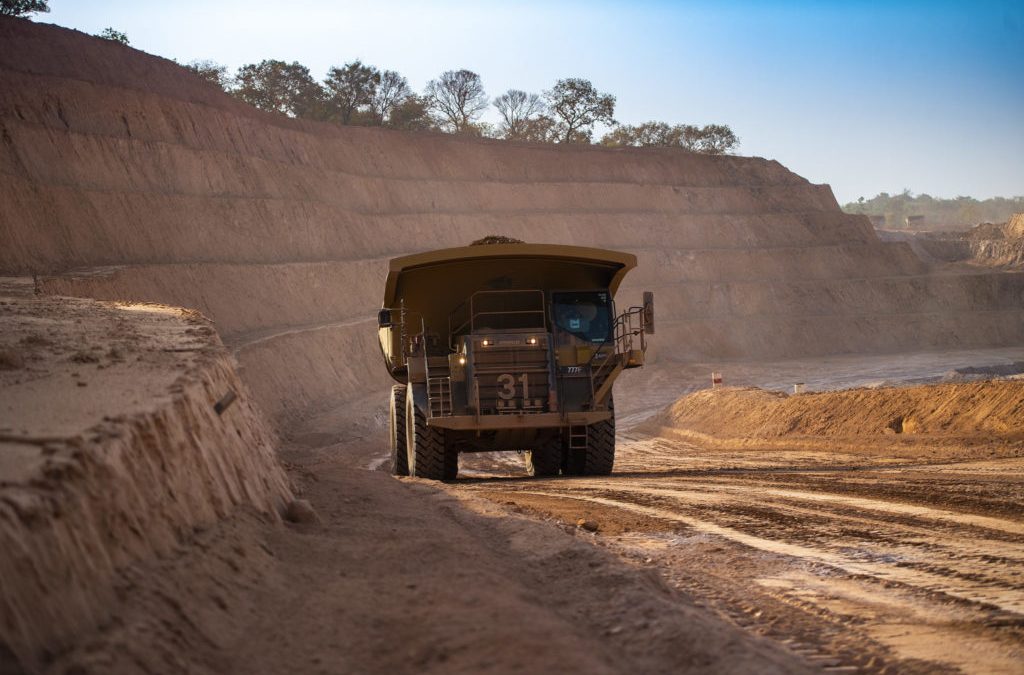 07 February 2021 – With the political situation settling down in Mali after the military coup in August 2020, and the outlook for gold stable to good, our pick of the week is Resolute’s Tabakoroni project in Mali.

Australian listed Resolute Mining’s Syama gold mine is one of the most impressive, mechanised operations on the African continent. Although several strikes disrupted operations at Syama late last year, the mine seems to have recovered well in the wake of the Covid-19 pandemic.

Although the security alert across Mali and West Africa remains high, Syama and other gold operations in the regions have, until now, not been seriously affected by radical groups operating across the Sahel.

Resolute recently announced an updated Mineral Resource Estimate from ongoing exploration success at their Tabakoroni project, confirming the potential for a new underground gold mine at the Syama Complex.

The Syama Complex is located in the south of Mali, approximately 30km from the Côte d’Ivoire border and 300km southeast of the capital Bamako. It comprises the Syama underground mine and the Tabakoroni open pit mine.

The Tabakoroni open pit mine is located 35km south of the Syama processing plant.  Mining commenced during the September 2018 quarter with first ore through the mill in November 2018.  Exceptional high-grade intersections from drilling results have confirmed a large increase in the size and grade of Tabakoroni. An underground mining study including technical assessments and metallurgical test work has commenced to support the near-term development of a new underground mine at Tabakoroni.

Resolute recently announced an updated Mineral Resource Estimate from ongoing exploration success at Tabakoroni, confirming the potential for a new underground gold mine at Syama. The Tabakoroni Mineral Resource has been upgraded to 8.1 million tonnes (Mt) at 4.9 grams per tonne (g/t) gold (Au) for a total of 1.26 million ounces (Moz)

According to a statement released by Resolute the mineralisation at Tabakoroni remains open both along strike and at depth and continued exploration success is expected to expand Mineral Resources and further extend mine life.

Resolute published the Maiden Underground Resource at Tabakoroni on 29 April 2019 comprising 5.2 million tonnes (Mt) at 5.1 grammes per tonne of gold (g/t Au) for 850 000 ounces. Following continued exploration success, the Resource was updated on 14 October 2020 with an increase to 1 million ounces (Moz) of gold from a Mineral Resource of 7.4Mt @ 4.4g/t Au. The announcement on 14 October 2020 also reported several high-grade intersections underneath the Namakan and South oxide pits at Tabakoroni which were located outside of the October 2020 resource estimate. Diamond drilling in the second half of 2020 identified a coherent high-grade lens of mineralisation located underneath the South oxide pit at Tabakoroni. The first intersections in this zone were reported in the 14 October 2020 announcement. Subsequent drilling activities focussed on fully outlining this new zone which was ultimately successful with the return of several additional high-grade results.

Resolutes’s drilling program for 2021 will concentrate on infilling and expanding the high-grade mineralisation underneath the South pit at Tabakoroni. A drill density of 50m centres will be required to classify this new zone as Indicated Resources.

As the world slowly returns to some form of normality, it is a good idea to keep your eye on what Resolute is doing at the Syama Complex in Mali. Based on the company’s outstanding success at current operations despite setbacks and challenges, our pick of the week is Resolute’s Tabakoroni in Mali.