Pick of the week is Endeavour’s Fetekro project in Côte d’Ivoire. 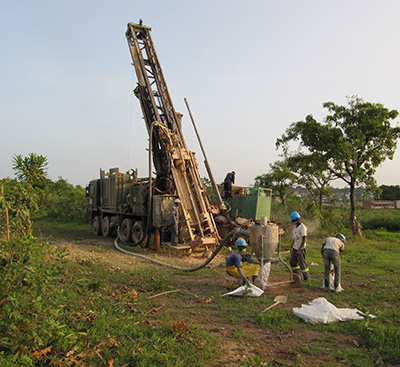 09 January 2021 – Endeavor Mining has great experience of operating in West Africa. The company’s Fetekro gold project  in Côte d’Ivoire is the pick of the week.

West Africa continues laying the golden eggs, so to speak. However, in this neck of the woods, it helps if a mining company has some operational experience and an understanding of the local conditions. Canadian company Endeavour Mining has buckets full of local knowledge and has established itself as a prime mining and exploration company in the Birimian greenstone belt of West Africa, despite numerous challenges.

Endeavour has a solid track record of project development and exploration across Côte d’Ivoire and Burkina Faso. It operates the Agbaou and Ity gold mines in Côte d’Ivoire and the Houndé and Karma gold mines in Burkina Faso. In 2019, the company successfully completed its Carbon in Leach (CIL) project at Ity, which Endeavour hopes will increase production at all four its mines in West Africa to between 615koz and 695koz at an All-in sustaining cost of about USD760 to USD810/oz. In addition, Endeavour’s five-year exploration program aims to discover 10-15Moz of gold by 2021 which represents more than twice the reserve depletion during the period.

Endeavour recently increased its stake in the Fetekro gold project in Côte d’Ivoire. The Canadian company announced this news ahead of a Pre-Feasibility Study (PFS) which is due to be published in the first quarter of 2021.

Under the new agreement Endeavour will own 80% in Fetekro. State owned mining company SODEMI and the Government of Côte d’Ivoire will each have a 10% stake. Endeavour will retain full ownership of the Fetekro exploration license until such time as it is converted into a mining license.

According to Sébastien de Montessus, president and CEO of Endeavour, Fetekro has significant exploration potential, an already defined large-scale deposit with straightforward metallurgy and high gold recovery. “It also benefits from being located close to existing infrastructure and requires only minimal relocation,” he says.

The Fetekro project is in north-central Côte d’Ivoire, within the northern end of the Oumé-Fetekro Greenstone Belt. Fetekro is about 500km from Abidjan and close to existing infrastructure, including sealed roads and grid power. The latest resource update shows an indicated resource of 2.5 million ounces at an average grade of 2.40 grammes per tonne of gold.

If gold is what you are looking for, West Africa is the place to be. Endeavour has settled in and is making great strides with its operations in the region. When it comes to exploration, Endeavour’s geologist sure knows what they’re doing. Fetekro is pick of the week, and it is worth making more than a few notes about.