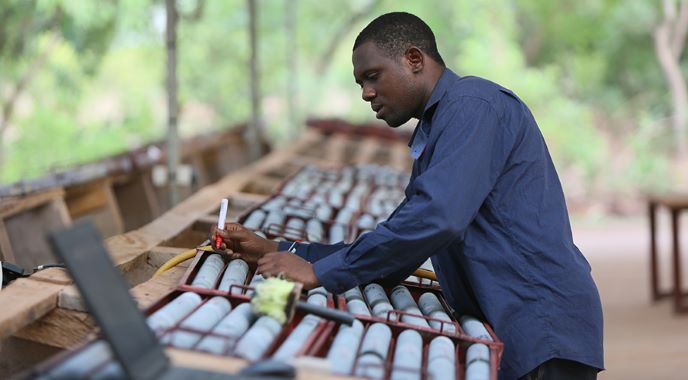 The exploration program at Canadian listed Sarama Resources’ Sanutura gold project in the south-west of Burkina Faso will focus on the many oxide and free-milling targets that the company has identified to date, writes Leon Louw, founder and editor of WhyAfrica.

Sanutura covers about 1,500km² and is located within the prolific Houndé Gold Belt in south-western Burkina Faso. The project hosts the Tankoro Deposit, which has an indicated mineral resource of 0.6 Million ounces of gold (Moz Au) and 1.9Moz Au (inferred).

Sanutura also hosts the Bondi Deposit, which has a historical mineral resource of an estimated 0.3Moz Au (measured and indicated) and 0.1Moz Au (inferred).

According to Sarama’s President and CEO, Andrew Dinning, these deposits contain a substantial amount of high-grade and free-milling material which has the potential to support a low capital intensity, staged-mine development.

The new permit is a re-issue of the previously expired Gbingue exploration permit and covers an area of approximately 28km². The permit is valid for an initial term of three years and is renewable for a further two three-year terms, subject to satisfaction of routine conditions regarding execution of work programs and minimum expenditure thresholds.

Sarama has not done a lot of exploration work on Gbingue 2 to date and the property remains prospective for gold. Several zones of mineralisation have been modelled from reconnaissance drilling and the company has identified additional targets which will be pursued in upcoming exploration programs.

“Given the recent progress on the re-issue of key exploration permits in Burkina Faso, we have recommenced the ASX listing process which remains well advanced and prerequisite documentation is largely complete.

Proceeds raised pursuant to the dual listing on the ASX will primarily be used to expedite an extensive drilling campaign totalling approximately 50,000m at the Sanutura Project,” says Dinning.

The planned drilling programs’ aim is to augment and upgrade the currently defined oxide and free-milling mineral resources, to test high-priority targets identified through previous grassroots exploration that have the potential to significantly impact project growth and to evaluate early-stage targets.

Oxide and free milling the focus of Sarama’s exploration in Burkina Faso.