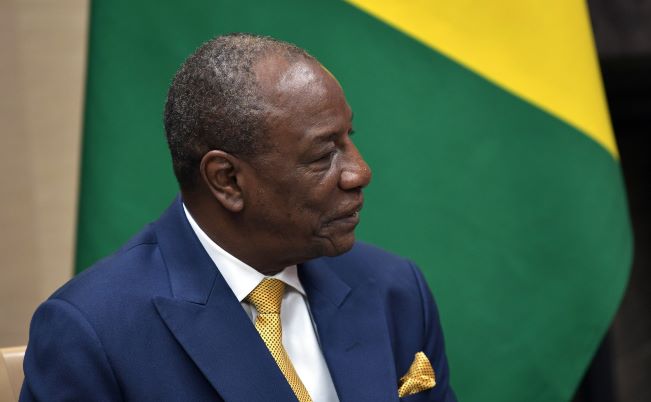 07 September 2021- According to several companies operating in the region, their oil, gas and mining projects remain a priority in West Africa despite the military coup in Guinea over the weekend, writes Leon Louw, founder and editor of WhyAfrica.

Although the big news out of West Africa this week was the military takeover in Guinea, mining and oil and gas companies in the region continued operating as usual.

The instability in Guinea is expected to have a ripple effect in the region. However, hopes are high that a political solution can be found sooner rather than later.

The head of Guinea’s military special forces, Lieutenant-Colonel Mamady Doumbouya, and leaders of the coup plotters, urged mining companies to continue their operations in the country, adding that they would be exempt from the nationwide curfew introduced by Doumbouya’s soldiers.

Doumbouya appeared on national television after President Alpha Condѐ was detained by soldiers in a hotel near the presidential residence.

Condѐ won a controversial third term in the elections last year which sparked demonstrations in the streets of the capital Conakry in which dozens of people were killed and hundreds arrested.

Guinea is one of the world’s biggest suppliers of bauxite, which is required in the production of aluminium. The country also hosts the massive Simandou iron ore project that has been steeped in controversy.

Simandou was one of Condѐ’s trump cards in the economic recovery of Guinea. Condѐ has been instrumental in signing deals with several prominent mining magnates which has since then, fallen into disrepute.

The Simandou iron ore project was awarded to the Winning Consortium Simandou (WCS) Chinese-Singaporean-Guinean consortium in November 2019. The awarding of licences and contracts at Simandou have been mired in allegations of bribery and corruption since its inception.

International countries and organisations have condemned the coup. United Nations Secretary-General Antonio Guterres condemned the takeover in a tweet and called for Conde’s immediate release.

The chairman of the African Union, DR Congo President Felix Tshisekedi, and the head of its executive body, former Chadian Prime Minister Moussa Faki Mahamat, demanded that the 83-year- old Condѐ be released.

Although military coups in West Africa is not unusual, it will impact the political stability of the entire region. A number of new entrants to the oil and gas industry in West Africa will be keeping an eye on developments. As major oil companies moved out of West Africa recently, several countries have become attractive in terms of their oil and gas potential, including Guinea.

Oil and gas exploration companies have been active in Guinea and Guinea’s immediate neighbours Sierra Leone and Liberia, and also in other West African states like The Gambia, Ghana, Senegal, Togo and Guinea-Bissau.

High hopes for The Gambia

In The Gambia, Australian company FAR and joint venture partner Petronas have contracted a deep-water drillship for an oil exploration well later this year.

The drillship Stena IceMAX will spud the Bambo-1 exploration well in October and November. If successful, a discovery could result in a standalone development which would be The Gambia’s first oil production The well is expected to take 30 days to drill to a planned total depth of 3 266 metres in water depths of 993 metres, 500 metres south of the Senegal-Gambia border.

“We are pleased to be recommencing exploration drilling at FAR with this high impact well in The Gambia and with the same drill team that drilled efficiently and safely for the Samo-1 well in 2018,” FAR Managing Director Cath Norman says.

“The well will be the first well to be drilled in the Mauritania, Senegal, The Gambia, Guinea-Bissau and Guinea-Conakry (MSGBC) basin since the collapse of the market in the wake of the oil price crash and the Covid-19 pandemic.

The upstream oil and gas business in Ghana recently received a boost when Eni announced that it has made a significant oil find offshore Ghana, close to its existing Sankofa hub, which would allow it to fast-track production. The Eban-1X well is the second well drilled in CTP Block 4, following the Akoma discovery. Preliminary estimates place the potential of the Eban-Akoma complex between 500 and 700 Mboe in place.

Due to its proximity to existing infrastructure, the new discovery can be fast-tracked to production with a subsea tie-in to the John Agyekum Kufuor FPSO, with the aim to extend its production plateau and increase production.

The impact of the coup in Guinea will become clear in November when a number of oil and gas companies, as well as political players, attend Africa Oil Week 2021 in Dubai. The conference was moved from Cape Town to Dubai because of Covid-19 precautions.