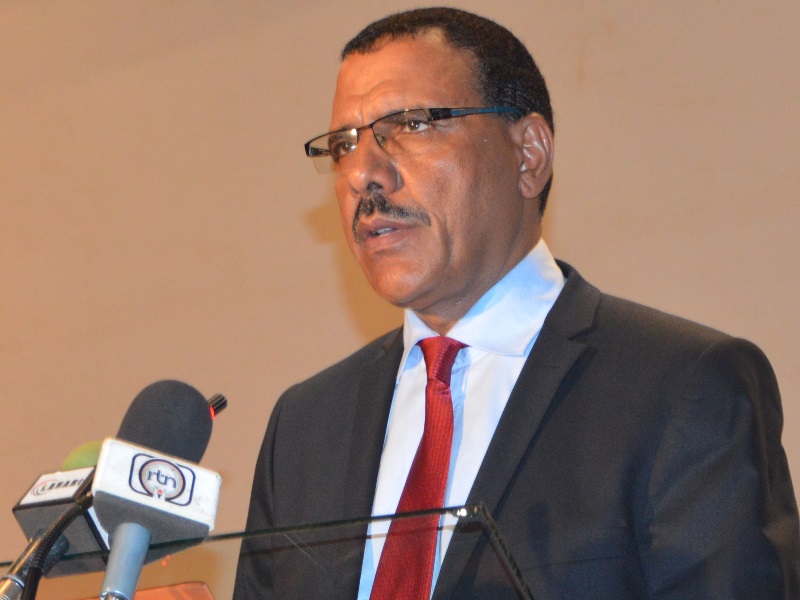 17 April 2021 – After Niger’s peaceful transition on 2 April 2021, newly elected President Mohamed Bazoum, has wasted no time in naming a new cabinet which is already at work. Early indications are that the new leadership has resulted in significant investment inflows, especially in the budding energy sector.

Niger oversaw a peaceful and democratic transition of power in April this year. This transition, which was unanimously acclaimed globally and largely accepted by all political forces in the country, sets a strong foundation for the long-awaited inflow of investments into Niger’s promising energy sector and overall economic revival.

Newly elected President Mohamed Bazoum has wasted no time in naming a new cabinet which is already at work. The petroleum portfolio, which is expected to become the driving force for growth in the coming decades, has been merged with the energy portfolio and entrusted to Harvard trained Sani Issoufou Mahamadou.

A strong proponent of growing Niger through the development of its huge energy resources, Sani Issoufou Mahamadou is expected to immediately focus on the realisation of a 2000km, USD4.5-billion crude oil pipeline linking Niger’s prolific Agadem Rift Basin to the Beninese coast.

The pipeline is expected to have a capacity of 90 000 barrels per day when it is completed by 2023. It will enable Niger’s daily crude production to rise from currently 20 000 barrels to 110 000 barrels per day, making Niger a key gateway to the much-touted resource rich but largely unexplored Sahel region. International Major, China National Petroleum Corporation (CNPC) is currently the main operator and sole producer in the Agadem region. It is also the lead developer of the Niger-Benin pipeline which is expected to boost jobs and revenues throughout its construction and the operation of the pipeline.

The pipeline is likely to trigger additional investment into exploration and drilling in Niger, which now represents a proven petroleum system. Additional recent discoveries from British independent Savannah Energy estimated to hold hundreds of millions of barrels of oil to only increase interest in Niger as one of Africa’s next oil frontiers. Savannah Energy holds several permits in the prolific Agadem Rift Basim. “We are very excited about our assets in Niger and are currently exploring a number of development options” says Yacine Wafy, Vice President for West Africa at Savannah Energy. “We are also extremely encouraged by initial discussions we have had with the new administration, and look forward to a fruitful collaboration”, adds Wafy.

Niger’s government is eager to attract more explorers with proven track records to take advantage of its well understood and technically low risk petroleum basins. Exploration in Niger comes at a significantly lower cost when compared to other frontiers globally. Minister Mahamadou hinted at a review of the existing operating environment, with the promise to make improvements where needed.

Niger is appealing to proven service companies, that will bring expertise, skills, training, technology, and finance solutions to the many opportunities that the energy sector in general offers. This will lead to the development of skills amongst Niger’s youth, good paying jobs and quality employment in the sector. The people of Niger and their development must remain at the centre of the energy industry’s development. The industry must accept this and seek to build partnerships with Nigerien entrepreneurs that are mutually beneficial and ensure that a substantial amount of industry profits remain in Niger.

Another key focus of the minister is expected to be a push to increase access to power for Niger’s predominantly youthful population from currently over 16% to 80% by 2035. Of particular focus, are Niger’s rural areas which have power access levels of less than 5%. Many of the power projects envisaged, are expected to be solar mini-grids, taking advantage of Niger’s abundance of sunlight throughout the year.

Independent power projects targeted at developing Niger’s equally promising but largely underexplored mining potential also present an interesting opportunity for investors. “We have been following the developments in Niger and are extremely excited about the possibilities that the power sector offers, especially where there is a commercially viable off-taker for that power”, says Karl Rheinberger, Senior Managing Director at Frankfurt based Emerging Energy Corporation which specialises in investing in energy sector deals in Africa.

Affordable and reliable energy are at the core of development. Niger’s government’s ability to provide these, both to industry and to its population will determine its ability to lift vast sections of its populations out of poverty. Expected revenue from the production of hydrocarbons is also going to be key in providing much needed revenue for development.