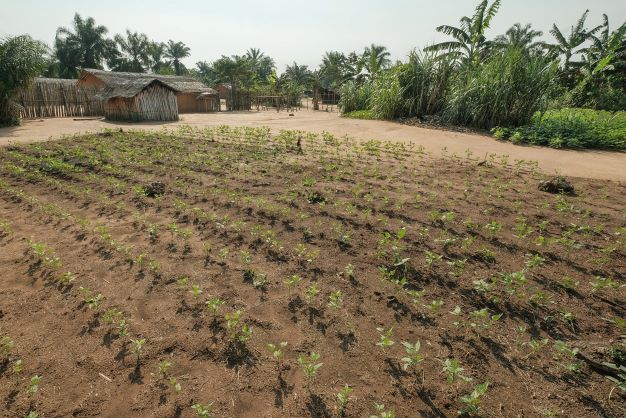 Local communities close to the Frontier copper project, owned and operated by the Eurasian Resources Group Africa (ERG Africa) in the Haut-Katanga province of the Democratic Republic of the Congo (DRC), are earmarked to benefit from a new agricultural project initiated by the mining group. The mine is located on the border between the DRC and Zambia.

The ERG Africa initiative is focused on equipping local farmers with the technical, business and marketing knowledge needed to improve and sustain community livelihoods.

If this number is expanded, it could have a significant impact on socioeconomic development and food security.

Chawama, which means “it is well now” in Bemba, was launched by ERG Africa in collaboration with a local farmer’s cooperative.

“This project, which opens up new areas for feasible farming, reaffirms ERG Africa’s commitment not only to the region, but also ongoing local economic growth and job creation,” says Sergei Verbitckii, Acting CEO for ERG Africa.

“Through solid work and dedication, 60 hectares of bush and rough terrain has been transformed into functional and fertile farming ground. What’s more, the programme has also strengthened ties and camaraderie between the two neighbouring villages, Kimfumpa and Kabumba.”

Fifty farmers are currently involved in Chawama, with select individuals specialising in operations, administration, and finances.

A hybrid model – a combination of both commercial and domestic farming – has been applied, with on-the-ground expert agronomists actively involved in capacity building through skills and knowledge transfer for seed selection, soil preparation, pest control and maximum yield.

Frontier’s partnership with the Institut National De Preparation Professionnelle (INPP), the government’s institution for vocational and professional training, has assisted the various stakeholders in developing and sharing optimal techniques for industry standard business practices by empowering the farmers on administration, finance, operations, and marketing.

Currently focus has been placed on seasonal farming, however, irrigation options are being explored for potential implementation in the future.

According to Christophe Losembe, the project manager for Chawama, the initiative has notably transformed the lives of farmers and their families.

“Our approach with Chawama has been to forge strategic partnerships to foster sustainable agricultural transformation, in particular for the smallholder farmers that are the backbone of this society.

The positive offtake has been the opportunity for farmers to sell maize on a larger scale to the local mill. Further employment opportunities have also been created through the additional round-the-clock field security that is required.”

Jacques Kyabula, Governor of Haut Katanga, praised the success story of the Chawama cooperative as part of a self-sufficiency food policy implemented in September 2019.

“When we can achieve food self-sufficiency with the support and assistance of mining companies established in our region, we can quickly grow. We support ERG Africa in what it is doing to find solutions to the problems of the community,” says Kyabula.

A number of infrastructural developments have also been made, namely constructing and upgrading roads from the main road through to the farming site.

This has enabled seamless transportation to the established milling facility, which forms part of a parallel project (known as Mwabombeni), aimed at providing the next step in the agricultural value chain.

Here, farmers are presented with the opportunity to generate a profit and have their raw produce processed into sellable mielie meal bags.

Frontier’s catering firm will purchase a significant amount of product, while mine employees will receive two bags of maize a month from the production as part of the existing company incentive. The remaining product will be sold to the local markets.

“We have successfully facilitated a substantial shift in mindset; creating a thriving and economically viable ecosystem that will continue to benefit the community long after mining operations have ceased,” says Verbitckii.

Going forward, the team is expanding the project from 60 to 510 hectares in the next farming season, allowing for more communities to benefit.

ERG Africa is a principal producer of cobalt and copper in the DRC, and has further assets and development projects in manganese, fluorspar, bauxite, platinum and thermal coal in South Africa, Zimbabwe, Mali, Zambia and Mozambique. SABOT, a leading cross-border road haulier in the Southern and Central African region, also forms part of its operations.