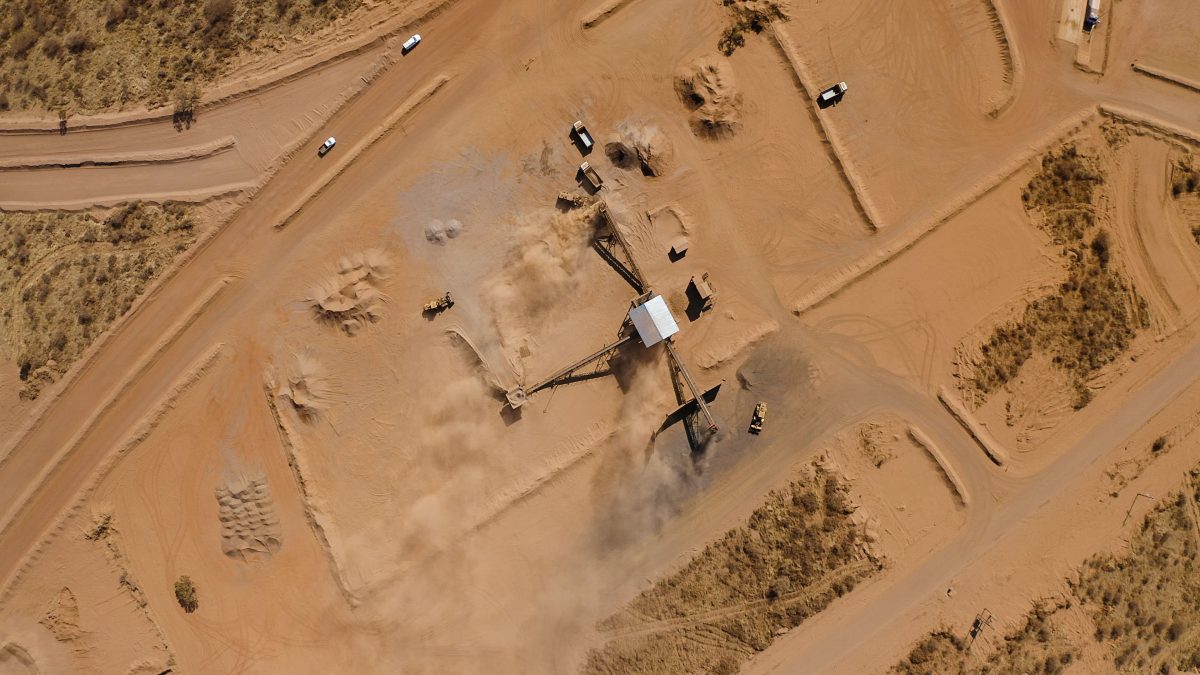 Namibia is not known as a bulk commodity exporter. However, an interesting iron ore producer close to Windhoek is holding its own in a space where logistic costs often overshadow mining costs, writes Leon Louw founder and editor of WhyAfrica.

Namibia not only boasts the oldest desert in the world, but this arid and scenically diverse country on the southwestern coast of Africa rates as one of the prime mining destinations on the continent.

Over the past five years or so, the queue of geologists, mining engineers and investors from around the world waiting to board the next flight to the country’s capital Windhoek, has grown longer year on year. Covid-19 struck last year, and although it affected international travel significantly, there was never a doubt that Namibia’s resilient mining and exploration sector would bounce back.

Not even a global pandemic could deter enthusiastic miners and explorers, and Namibia remains a prime target for international gold, diamond, uranium, and copper mining companies. They are attracted by a stable, reasonably well-regulated business environment and great infrastructure, but mostly by the country’s spectacular geology.

A diversity of minerals

What many visitors don’t realise, however, is the immense diversity of the Namib treasure chest. Below the towering sand dunes and thirsty Camel Thorn trees, is more than just gold and diamonds.
Namibia is not well known for its bulk commodities, but WhyAfrica has stumbled upon an interesting iron ore project close to Windhoek with a lot more layers than initially meets the eye.

Although the iron ore price has been subjected to the severe global volatility, Lodestone’s Dordabis iron ore mine shrugged off the Covid curse and it looks robust enough to ride out the worst of the future market fluctuations. Dordabis, one of the most substantial and developed iron ore deposits in Namibia is a great case study of how a small, privately-owned operation can make a big impact in Africa’s bulk commodity space.

The Dordabis iron ore project is about 63km south-east of Windhoek. From Windhoek one follows the B6 road east towards Hosea Kutako International Airport and then turn-off onto the C23. The project area resorts under the managerial district of Khomas.

Lodestone is a privately-owned mining company that has focused on the development of Dordabis since 2010. The deposit was initially discovered by Bethlehem Steel through surface trenching in the 1950s. A local geologist and neighbouring farmer, Jan Joubert, mapped out the outcrop as well as staking a mining claim in the late 1980s. The current project owners were attracted to Namibia in 2010 and invested significantly in developing the project through its various stages, from JORC resource, to Pre-Feasibility Study (PFS) in 2014, Feasibility Study Update (FSU) in 2020 and now trial production aimed at proving the onshore logistics capability.

The mining license and environmental clearance for the export of two million tons of high-grade iron ore were granted in 2014 after the completion of the PFS.

Lodestone started small scale mining in 2015 to supply the local cement industry with iron ore required in the production of clinker. At the beginning of 2021 a decision was made to produce a 52,000-ton trail shipment of iron ore fines and subsequent shipments should the market economics have made sense.

The company is currently completing an investment grade Bankable Feasibility Study (BFS) study and market development using a one-ton high grade concentrate test sample from its pilot plant as well as for financing the implementation of a 750kilotons per annum (ktpa) of 66% iron concentrate production plant.