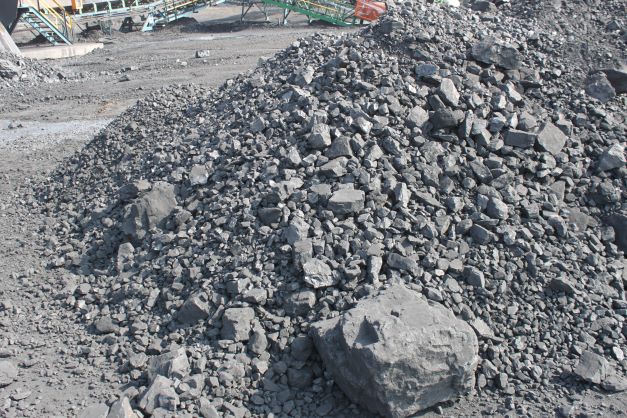 Mozambique’s mining industry faces severe challenges in the wake of Covid-19. However, the country still produces large volumes of coal, and its mineral potential is vast, writes Leon Louw, founder and editor of WhyAfrica.

Mozambique has been in the news this year for all the wrong reasons. The terror attacks in Cabo Delgado in the north of the country dominated headlines for the last two or three years.   All eyes are still on the massive gas deposits in the Rovuma Basin. While some sort of stability has returned to the area after the intervention of an extremely capable Rwandan contingent, and a mixed force of SADC soldiers, the question is when will French company TotalEnergies, and the other big guns in the oil and gas world, return to Cabo Delgado? Or will they return at all?

While the oil and gas companies contemplate a possible re-entrance into Mozambique, big coal operations like Brazilian giant Vale, is in the last stages of planning its exit. The company announced earlier this year that it plans to sell its Moatize coal operation in the Tete Province. The company said in a statement that it is in the process of reducing its carbon emissions and that Moatize, therefore, would be sold off for environmental reasons.

The Tete province in Mozambique was once earmarked to become a major world coal producer, but the quality of coal did not always live up to the required standards. Vale’s announcement that they would exit Mozambique, came at a time when the company was in the process of expanding Moatize and improving the mine’s operational performance.

The upgrades resulted in Moatize achieving a three-year production record in October, which exceeded the most optimistic predictions. The coal price has surged over the past few months on the back of a supply deficit as the world starts moving away from coal. Ironically, this move has resulted in energy shortages across the globe and left countries in Europe scampering to fire up their industries as winter approached. China and India have found themselves in the same boat as their economies kicks into gear in the wake of Covid-19. The uptick in economic activity has resulted in increased demand for both thermal and metallurgical coal.

According to a statement by Vale, October was marked by a strong operating performance, with production exceeding over a million tonnes of metallurgical and thermal coal processed.

With all the attention on the gas potential in the Rovuma Basin, the world has lost sight of the massive mining opportunities in Mozambique.  While coal remains the mainstay of Mozambique’s exports, good deposits of graphite, iron ore, titanium, apatite, marble, bentonite, bauxite, kaolin, copper, gold, rubies, and tantalum are found throughout the country.

The dire economic situation in Mozambique has resulted in a worrying increase of illegal mining activities in the country. According to Fernando Maguene, director of the Internal Control Service in the General Inspectorate of the Ministry of Mineral Resources and Energy, there are now at least 925 active sites of illegal mining in Mozambique, involving both Mozambican and foreign citizens.

“We need to eradicate these criminal networks that are attempting to control Mozambique’s strategic resources. Our goal is to guarantee that those resources generate fiscal revenue to drive the development of local communities and of the national economy,” said Maguene. Maguene was speaking in the northern city of Nampula at the opening of a regional seminar on the implementation of mining and petroleum legislation last week.

Illegal mining and the smuggling of minerals are causing severe damage to the state economy. This year 14 tonnes of assorted minerals have been seized, including gold, rubies and garnets, among others, in the provinces where mining is most intensive, such as Cabo Delgado, Nampula, Zambezia and Manica.

Recently, about 210 tonnes of quartz was seized at the control post on the Save river, in Inhambane province. According to Maguene his department also deals with illicit fuel sales, and he said that this year more than 12,000 litres of fuel have been seized.

According to a report by the Club of Mozambique, Supreme Court judge Rafael Sebastiao recently said that seminars on the legislation that should govern the extractive industry are important to draw up plans for common action against offenders.

“The legislation on mineral resources is vast. To solve the problems that may arise, there must be deep knowledge of that legislation on the part of those who will apply it. Not only must they know the law in detail, but they must also act efficiently and effectively, so that illicit situations can be identified, and solutions found,” he said.