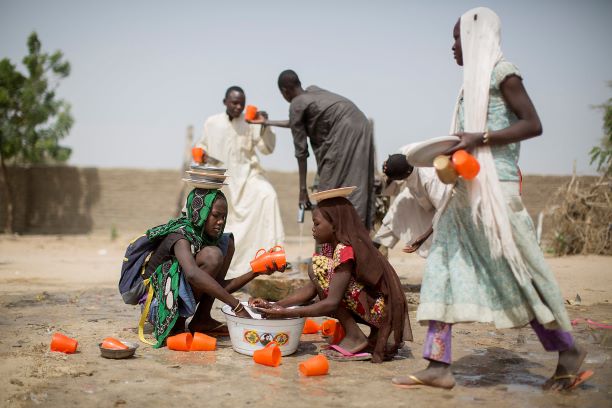 Refugees have arrived in Chad from the Central African Republic. Image credit: UN

This is a summary of what was said by UNHCR spokesperson Babar Baloch – to whom the quoted text may be attributed – at a press briefing at the Palais des Nations in Geneva, Switzerland.

The new arrivals from CAR’s Kaga-Bandoro region told our teams in Chad that they fled clashes, as well as acts of violence, pillaging or extortion from rebel groups as government forces were closing in on them. As people headed for the border, others from Batangafo and Kabo on the road leading to Chad followed suit due to fear of attacks.

To reach Chad, people had to wade shoulder-deep through the Grande Sido river, with the some carrying their few belongings on their heads. The refugees are now settled in Gandaza village and the bordering town of Sido, although some are having to resort to crossing back into CAR to find food or salvage what little is left from their properties.

Shelter, food and water, as well as access to sanitation and health care, are the most urgent needs of the refugees. UNHCR’s ability to meet their basic requirements is severely constrained by a lack of funding and resources.

Fighting in northern CAR reignited due to an armed rebellion following contested elections in December, uprooting hundreds of thousands of people inside the country and across borders into neighbouring states. The influx had considerably slowed since mid-March after government forces and their allies reclaimed most of the rebel strongholds. This has allowed 37,000 formerly internally displaced people to return to their areas of origin, who now need help to rebuild their lives.

Chad currently hosts close to 11,000 of the total 117,000 Central African refugees who also fled to neighbouring Cameroon, the Democratic Republic of the Congo and the Republic of the Congo in the wake of the post-electoral violence, which also displaced 164,000 people inside the country.

The CAR humanitarian crisis is one of the most underfunded UNHCR operations globally, with only 12% of the USD164.7-million requirement currently met despite the scale of displacement. Nearly one third of the country’s population is now uprooted following a decade of instability.